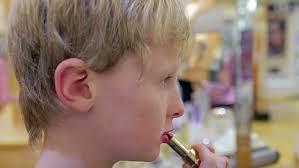 The compulsory attendance for every student at a girl’s high school to watch a gay parenting documentary instead of their scheduled classes has made parents see red.

As part of Wear it Purple day, all 1200 students at Burwood Girls High School, in Sydney’s inner west, will be required to watch a special screening of Gayby Baby during third and fourth periods this Friday.

After the movie, the girls are encouraged to show off their purple outfits at a fashion parade under a rainbow flag, with the opportunity to win a prize for the most purple student, while snacking on purple cupcakes.

But when some parents expressed their outrage after receiving the flyer informing them of the day, the school sent out a letter on Monday allowing children to sit in the library instead of watching the film if they have written requests from their parents.

The movie, written by former student Maya Newell – who grew up with two mums, tells the story of four kids who all have gay parents and are about to face adolescence.

Local presbyterian minister Mark Powell said he had been contacted by many parents who weren’t happy about the event.

Reverend Powell said the day was an attempt to change student’s minds by promoting a gay way of life.

‘Students are being compelled to own that philosophical view by wearing certain clothes and marching under a rainbow flag,’ he told News Corp.

‘Schools are supposed to be neutral and cannot propagate a political view.’

A parent of a student said the film was pushing an alternative view and making the views of himself and his daughter’s into a minority.

‘The school definitely has gone too far — this is not in the curriculum and they have no right to teach my daughter this type of thing,’ he said.