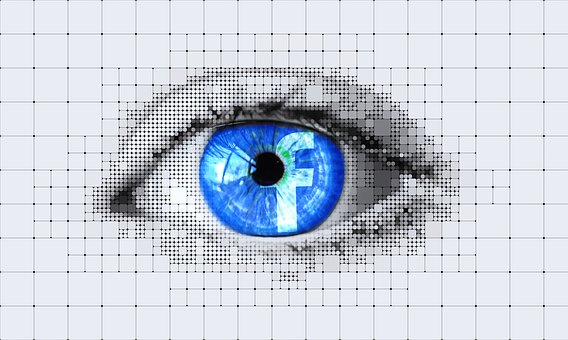 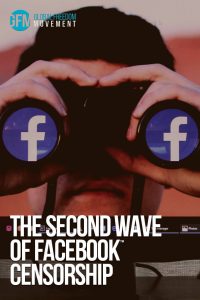 It has just emerged that Mark Zuckerburg’s Facebook has just completed yet another route of dozens of “alternative” news and dissident pages.

Evidently, Facebook’s stance on “thinking outside the box” is as staunchly repressive and Orwellian as ever.

USA Today reported that the broader cleanout occurred on Thursday,

However, what the author of that piece neglected to mention is that many of the accounts and pages removed were neither fake nor spamming anyone, but were simply violating an unspoken sacred cow of Facebook conduct:

Don’t challenge or undermine the status quo a.k.a. mainstream narrative/s.

In June 2018 I detailed the original purge of (now over 100) non-mainstream pages– a clearly politically motivated event – which saw many “alternative” pages (including Global Freedom Movement’s) deleted without recourse or warning.[ii]

This “second wave” is not dissimilar. At least 48 more pages (listed below) that challenge the status quo have been silenced/removed since Thursday. This is censorship under cover of “user and platform protection and security.”

Several of these recently removed pages had large followings of a million or more people. In the case of The Free Thought Project, 3.1 million fans…gone. To add insult to the original injury – and for good measure – Facebook also removed TFTP’s backup page with 23,000 followers.

Meanwhile, mainstream stalwarts like CBS, the Washington Post, and CNN – a news organization notorious for its repeated promulgation of false information and staged news reports – remain the collective “golden child” of the Facebook “family,” surviving undisciplined and unscathed.

Few savvy observers expected this to end with Alex Jones and Infowars.

It’s almost as if Facebook has – gasp! – a bias. “Fake news” is okay as long as it’s the right kind of fake, it seems.

My original June article made an observation that still rings true:

A democratically functioning platform with a diversity of perspectives is surely not something the Deep State will tolerate Facebook being (or ever becoming).

If you want to know the truth about anything, you’re less and less likely to find it on Facebook due to the current Gestapo-like crackdown on pages not in line with the Establishment.

It’s clear that powerful entities are seeking to continue their control of the socio-cultural narrative by preventing the dissemination of information that undermines their power, either by exposing their illegal and immoral activities, or simply by offering something different or better for people.

Facebook’s behaviour may seem strange on the surface, if you have not yet connected the dots.

On the one hand they obviously aspire to a monopoly over the social media arena, and yet, by continually persecuting people whose views on any number of issues might be labelled as “alternative,” they downgrade the user experience and encourage many of us to look for new social pastures, such as our own Trooth.network, or Minds, for example.

The “user experience” for individuals who have earned themselves the accolade of being perceived as a “political threat” has become increasingly abusive and intolerable:

This is exactly why alternative social networks have sprung up in abundance this year. People are increasingly seeking platforms that actually respect their users and, equally, the concept of free speech.

This is alien thinking to Farcebook. Resultantly, there is now talk of class actions being taken against Facebook/Zuckerburg in response to the outrageous censorship and destruction of hundreds of people’s livelihoods.

The Most Recent Victims of Facebook Censorship (That We Know Of)

Below is an early list of the alternative and dissident political and other pages removed in Facebook’s latest purge. Fan numbers are provided where known to me at this time.

In the meantime, I am right here to contact if any writers from mainstream media outlets would like to broadcast a more informed perspective on what’s going on – from someone whose own “alternative” page was deleted without warning or recourse.

One thought on “Facebook Censorship: The Page Purges Continue”