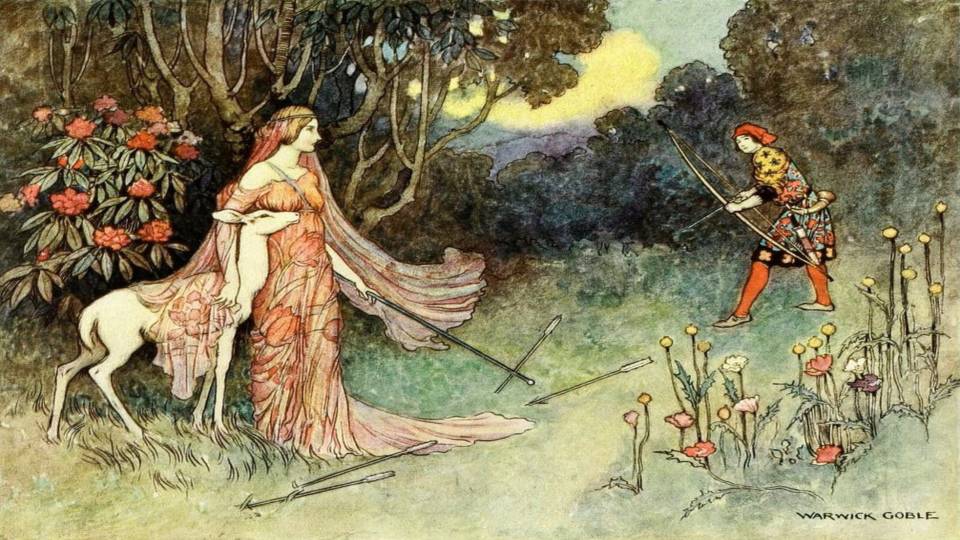 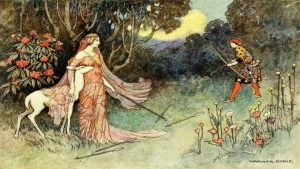 There is an important side to fairy tales which is often overlooked.  Although I work within the European paradigm, what I will explore here is relevant to all cultures, as fairy tales exist universally among all people worldwide.

True fairy tales, not stories written solely by one author, but rather stories that were developed collectively over generations among language groups and cultures, have encoded in them important keys to understanding our own psyches.

I am the only folklore writer willing to take a stand for the cultural heritage I study. I could use your support. http://www.carolynemerick.com

Myth, Cultural Identity, and the Individual

We’ve been speaking a great deal lately about Carl Jung’s theories on archetypes and the collective unconscious in myth.

He also spoke about symbols, and how all of these things manifest in our own dreams and desires even if unconsciously.

Bruno Bettelheim was a child psychologist who worked with children who had behavioral problems due to unfortunate experiences in life.

His insights are truly astounding not only for their intrinsic psychological value, but for what can be extrapolated about our society today.

I was astounded to see him mention a few issues that have evaporated from the general social discourse today, but which I think are crucial to obtaining healthy self-identities as well as thriving and functional cultural societies.

In his introduction, Bettelheim says:

As an educator and therapist of severely disturbed children, my main task was to restore meaning to their lives. This work made it obvious to me that if children were reared so that life was meaningful to them, they would not need special help.

I was confronted with the problem of deducing what experiences in a child’s life are most suited for to promote his ability to mind meaning in his life; to endow life in general with more meaning.

Regarding this task, nothing is more important than parents and others who take care of the child.

Second in importance is our cultural heritage, when transmitted to the child in the right manner. When children are young it is literature that carries this information best.

While discussing the importance of fairy tale and myth to the individual, he also emphasizes that cultural identity is the most crucial element in a child’s psychological development secondary only to parents and extended family. And fairy tales are a collective product formed and refined over generations of story tellers from within our own cultural past. This applies to all cultures, worldwide.

Bettelheim explains that as these stories were told, retold, traveled, merged with other stories, retained elements of myth, and so on, that they went through a refining process. A story that did not somehow resonate on a subconscious level with the primal psychological and emotional needs of the cultural society would have faded away, while those which spoke to some deep instinct within us are the ones that continued to be told through the ages.

He explains that the elements in fairy tales speak to unconscious fears, worries, and anxieties that can plague young minds. Usually a child will not understand their own fears and subconscious concerns, but fairy tales address them in time tested ways and act as a bridge to carry over an understanding between the unconscious to the conscious mind.

While Bettelheim uses his observations and examples pertaining to the child psyche, I argue that this can be extrapolated to adults and the wider society.

We all have basic fears, emotions, and needs. We all grapple with loss, with feeling alone or abandoned, with anger or other emotions we don’t know how to process.

We all have periods where we don’t know where to turn and sometimes have to go it alone. And adults aren’t exactly known for having a solid understanding or grasp on their own emotions and motivations, either.

The message that fairy tales universally deliver, and Bettelheim reminds us that if they don’t deliver this message then they are some other category but not a true fairy tale, is never to lose hope.

When you feel alone, you are not. When you’ve reached a low point, you have the inner strength to climb out of it. Just keep going, and things will get better. This is a message of basic survival. Humans would not have survived as a species without this message.

However, going back to Jung’s theory of the collective unconscious, which I like to call the cultural unconscious (because it is absolutely rooted in ethno-culture which was taken for granted in Jung’s day, but we are in dire risk of losing our unique ethno-cultures today), while all cultures develop fairy tales, and many share recurring themes that you can find worldwide, they were also developed and refined within an ethno-cultural context. They use imagery, symbols, motifs, themes, and archetypes that speak uniquely to the cultures that they were developed within.