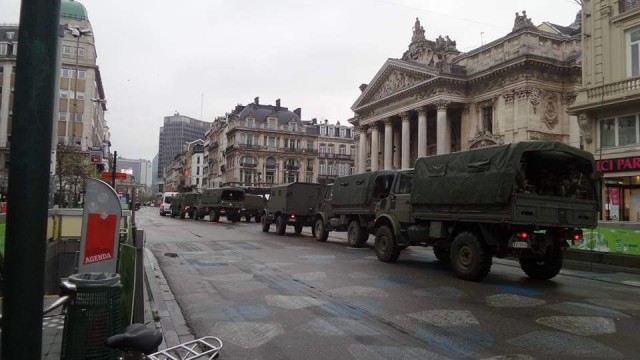 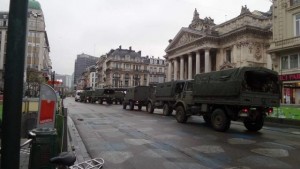 EU authorities are using the fabricated menace of state-sponsored false-flag terror to impose martial law on their populations.

The authorities have given no reason for their clampdown other than a vague assertion of “terrorist threats.”

Meanwhile, the French Parliament has voted to extend the nation’s state of emergency for three months. (Note: The date 9/11, with its three digits 9-1-1, the emergency call number, was chosen to represent the permanent Global State of Emergency it inaugurated.)

Though hundreds of people have been detained without charges, it is safe to assume that the real orchestrators of the Friday the 13th massacre in Paris – the heads of Operation Gladio B – are not only still walking around free, but are actually in charge of the transformation of their countries into militarized concentration camps.

French Prime Minister Manuel Valls announced that his government has deployed 10,000 military troops and another 100,000 gendarmes to enforce the nationwide state of emergency.

Euro-martial law: The only way they can stop this book? (Click here to buy on Amazon)

The “shelter in place” crackdown on Brussels is reminiscent of the lockdown of Boston, Massachusetts  after the false flag Boston Marathon bombing. Such declarations of martial law are designed to trigger fear and hysteria and prevent the population from learning the truth: That it is their own rulers, not “foreign terrorists,” who stage the very carnage from which they so richly benefit.

The declaration of martial law in the European capital, Brussels, as well as the state of emergency in France, were designed to prevent Europeans from learning about stories such as the following: