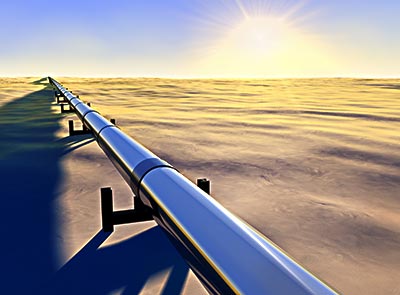 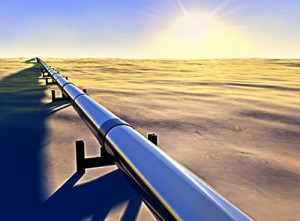 While Israel has deployed its media machine, telling the world that it has the right to defend itself against foreign aggression, arguing that no country should ever be made to tolerate systematic terror, even though under international law such narrative holds no legal ground as Israel has been de facto occupying Gaza, rendering null and void the notion of Gaza as a foreign entity, little has been said of Israel’s real motives.

To quickly settle Israel’s argument that it legally and morally can and should defend itself against any aggression coming from Gaza, it is important to understand that the Gaza Strip is not, under international law, a sovereign state, it is an occupied land, therefore Israel cannot declare war on its people, rather it owes its people protection.

As explained by Nura Erakat in a report published in Intifada Palestine, “Military occupation is a recognised status under international law and since 1967, the international community has designated the West Bank and the Gaza Strip as militarily occupied. As long as the occupation continues, Israel has the right to protect itself and its citizens from attacks by Palestinians who reside in the occupied territories. However, Israel also has a duty to maintain law and order, also known as ‘normal life’, within territory it occupies. This obligation includes not only ensuring, but prioritising, the security and well-being of the occupied population. That responsibility and those duties are enumerated in Occupation Law.”

As for Palestinians in Gaza they do however have an inherent right to resist foreign occupation. Such right is again, protected under international law.

But as the following arguments will attempt to demonstrate all the above, the contradicting narratives, the political manipulations and media campaigns, are but a distraction from far more pragmatic realities and maybe truth – the war on Gaza has little to do with sovereignty, terror, politics or even religion, rather it has everything to do with energy.

If Israel is so keen on levelling Hamas it is essentially because the faction has categorically refused to discuss an energy sharing agreement whereby Israel would have access to Gaza’s gas resources.

As noted by Tascha Shahriari-Parsa: “Operation Protective Edge is the war of a colonial state dedicated to expanding its theft of Palestine’s natural resources … incarcerating and bombing its people in the world’s biggest open air prison, while growing rich at their expense.”

Rather than a bunch of lunatic radicals animated by the savagery of the crusades, Zionists are actually quite a practical bunch. What they seek in Gaza is merely access to Palestine’s underground riches. Whatever happens on the surface is just there to act as a public distraction, a ploy designed for the masses so that Israel could commit grand larceny in perfect impunity under the very nose of the ever pliable world community. Who after all would dare deny the plight of martyr Israel?

To borrow the words of Tascha Shahriari-Parsa when she wrote a report for The Ecologist: “Behind the operation, behind the mass Israeli and US propaganda attempting to justify the massacre, and behind the death of every child in Gaza is a conflict rarely discussed – an imperialist conflict and a contradiction that rests on Israel’s ambitions to appropriate and profit from Gaza’s natural gas resources.”

Let us go back to 2000 when British Gas (BG) discovered that Gaza sat on an estimated $4 billion worth of natural gas. Needless to say that this discovery came as a shock to Israel, as suddenly Gaza, this little slither of land which Palestinians have been discarded upon, this purgatory which Zionists imagined to crush Palestinians’ hopes and dreams, became a key geo-strategic priority. Come hail and high waters, Israel would have to gain access to those resources.

Since BG made its first estimation, it was established that Gaza’s gas reserves are far greater than first anticipated. According to Michel Chossudovsky, a Canadian economist and prominent analyst, Gaza is basking in as much wealth as the State of Kuwait.

Rather than live in abject poverty, Gaza should be a vibrant business hub, a brilliant economic success. Instead, it has been withering away under Israel’s blockade, forced to scrap and beg for its daily bread, its people reduced to servitude.

Well, let us refer to an interesting and rather revealing comment made by former Israeli army Chief of Staff Moshe Ya’alon back in 2007 when he laid bare Israel’s true motives. Answering comments in regards to Gaza’s gas riches, he noted: “Proceeds of a Palestinian gas sale to Israel would likely not trickle down to help an impoverished Palestinian public. Rather, based on Israel’s past experience, the proceeds will likely serve to fund further terror attacks against Israel. A gas transaction with the Palestinian Authority will, by definition, involve Hamas. Hamas will either benefit from the royalties or it will sabotage the project and launch attacks against Fatah, the gas installations, Israel – or all three … It is clear that without an overall military operation to uproot Hamas control of Gaza, no drilling work can take place without the consent of the radical Islamic movement.”

What Ya’alon is really saying is that since Hamas will unlikely agree to a deal with Israel, Israel needs therefore to eliminate Hamas, by declaring its faction a terror organisation – even though many would argue that it is a resistance movement, according to international law.

So why a war now? To put it bluntly, Israel cannot wait any longer. Plagued by high unemployment and rising inflation, Israel needs to find a viable solution to both its energy crisis and mounting economic difficulties – financing an eternal war can be rather costly.

According to Israel’s own projection, the state will face an aggravated energy crisis by 2020. Earlier this July, Haaretz published a report in which it quoted the excerpt of a report written by chief scientists from the Energy and Water Ministry and the Environmental Protection Ministry, explicitly mapping out Israel’s energy crisis. It read “We believe Israel should increase its [domestic] use of natural gas by 2020 and should not export gas. The Natural Gas Authority’s estimates are lacking. There’s a gap of 100 to 150 billion cubic metres between the demand projections that were presented to the committee and the most recent projections. The gas reserves are likely to last even less than 40 years!”

Israel is quite simply running out of time. If recent mass protests in Israel in regards to depreciating living conditions and social injustice are anything to go by, officials indeed feel a great sense of urgency.

As Israel’s needs increase, so has its determination to by-pass international law, as before Israel’s will nations should only bow and recoil in awe.

Since whatever Israel cannot negotiate it will obliterate, beginning of course with Hamas, the war on Gaza came as a natural development to Israel’s geo-strategic realities.

Let us remember that the last time Israel marched on Gaza, in 2008, its military deployment also aligned with its contracting of BG to discuss critical negotiations around Gaza’s natural gas. A coincidence? Maybe not.