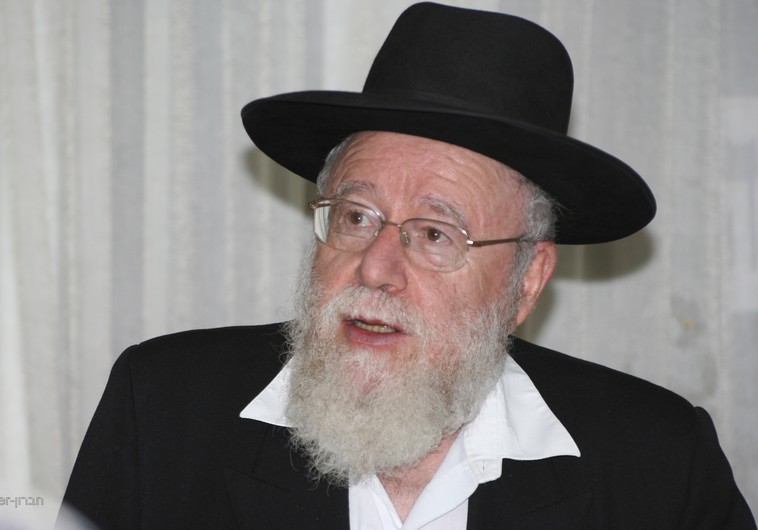 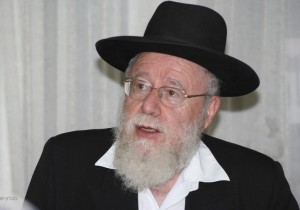 A religious Zionist cleric from a Jewish settlement on the West Bank told mourners on Saturday during the funeral of an Israeli father and son gunned down by Palestinian terrorists that the attacks in Paris were deserved due to what Europeans “did to our people 70 years ago.”

The quote from Dov Lior, the chief rabbi of the Israeli settlement of Kiryat Arba, was first reported by the Walla! news agency.

“The wicked ones in blood-soaked Europe deserve it for what they did to our people 70 years ago,” Lior said.

The controversial rabbi once wrote an approbation for a book called The King’s Torah that was co-written in 2009 by radical settler figure Rabbi Yitzhak Shapira, which permitted killing civilian non-Jews in times of war.

Last year, Lior published a letter saying that Jewish law permits destroying the entire Gaza Strip to bring peace to the south of the country.

Lior said that he had received questions about whether Jewish law permits harming a civilian population not directly involved with the combatants.

He first cited the opinion of the Maharal of Prague, a renowned 16th-century rabbi, who wrote that a nation under attack can wage a fierce war against the assaulting nation, and that it is not obligated regarding the safety of people who are personally involved in hostilities.

“At a time of war, the nation under attack is allowed to punish the enemy population with measures it finds suitable, such as blocking supplies or electricity, as well as shelling the entire area according to the army minister’s judgment, and not to needlessly endanger soldiers but rather to take crushing deterring steps to exterminate the enemy,” Lior wrote.

Addressing the hostilities with Hamas, the rabbi continued to say that “in the case of Gaza, it would be permitted for the defense minister to even order the destruction of all of Gaza so that the South will no longer suffer and to prevent injury to our people, who have been suffering for so long from the enemies surrounding us.”

“Talk of humanitarianism and consideration are nothing when weighed against saving our brothers in the South and across the country and the restoration of quiet to our land,” he said.

3 thoughts on “Far-right settler rabbi: Paris attacks are payback for the Holocaust”