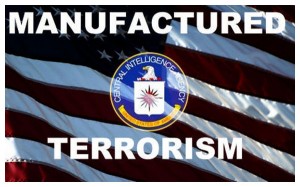 Shooters, brandishing assault rifles and dressed in black uniforms, were seen slowly pulling up in the Merc during a series of coordinated atrocities

by Matthew Drake and Dan Warburton, The Mirror | Comments by Sott and Alexander

Two heavily armed ISIS gunmen pulled up in a black Mercedes-Benz and calmly slaughtered scores of — innocent diners in a Paris bistro — before driving away.

An eyewitness has told how 20 people were executed in a ­calculated attack on a busy restaurant in the heart of the French capital as they ate at tables on the pavement.

Alexander: Please notice that the attackers are portrayed as wearing ISIS/ISIL uniforms and have their heads and faces covered by balaclavas, which is a not consistent with the following eye witness statement.

A shocking description of the assassins and their barbaric assault came as the first eyewitness ­accounts emerged last night.

“The gunman showed no emotion at all as he began spraying bullets into the ­diners. He just kept reloading his machine gun and firing, without saying a thing.

“The people outside the bar were dead straight away. There were streams of blood everywhere and broken glass. It was carnage.”

Comment: No shouts of “Allahu akbar!” and Islamic slogans?

ISIS claimed ­responsibility for the sickening ­attacks which have killed at least 127 people and left up to 60 more seriously injured.

Mr Admo, 26, who was staying at the Salvation Army hostel in Rue de Charonne opposite the Le Belle Equipe, told how gunmen executed patrons in a drive-by attack.

Trembling as he recalled how the massacre unfolded, he said:

“I was just in my room and had the window open on to the street below. “I could see lots people sat outside the bar eating dinner and enjoying a drink. The place was full of people just enjoying themselves.

“At about 9.30pm a new looking black Mercedes pulled up outside with dark tinted windows at the back and the passenger and driver windows down. I could clearly see the passenger’s face as he was not ­wearing a hat or mask.

“As soon as the car stopped he quietly opened the door and got out in front of the restaurant. “That is when I saw he was ­holding a machine gun that was resting on his hip. I could not take in what I was witnessing.

“People outside spotted the shooter approaching with his gun and tried to run inside but he shot them down in the doorway.

“Then people inside moved ­forward to see what was happening and he sprayed more bullets into them. I was trying to catch them on my camera phone but the gunman saw the light on my mobile and I ducked down behind the wall as they fired at my hotel.

“The gunman calmly reloaded his weapon several times. He then shot up at the windows in the street to make sure nobody was filming anything or taking photographs. It lasted over six minutes.

“He fired lots of bullets. He was white, clean shaven and had dark hair neatly trimmed. He was dressed all in black accept for a red scarf.

“The shooter was aged about 35 and had an extremely muscular build, which you could tell from the size of his arms. He looked like a weightlifter.

“He was not wearing gloves and his face was expressionless as he walked towards the bar.”

Comment: These people don’t sound or act like the average jihadists we’ve seen in ISIL propaganda videos. Why such different behavior?

Alexander: Why don’t we have Police sketches of the two shooters? Why aren’t they broadcasted on TV? Is it because the attackers are MOSSAD/ CIA SpecOps?

“The driver had opened his door shortly before the shooting began and stood up with his arm and a machine gun rested on the roof of the car. He stood there with his foot up in the door acting as a lookout.

“I would describe him as tall, with dark hair and also quite muscular.

“It was clear that they were both very heavily armed and the gunman was carrying several magazines on him.

Alexander: Why isn’t this statement broadcasted on TV? Why is the MSM silent about the “muscular” shooters resembling soldiers?

“They both then coolly sat back in the car and sped off in the direction of the Bataclan Theatre.”

“After about five minutes the police and ambulances arrived. There were about 20 bodies lying dead outside the bar and all the windows around were cracked from bullets. It was sickening. You could see where people had been shot.

“There were about eight ambulances to take injured survivors away. People were crying and screaming as they ­began to realize what had happened.

“Around 5am the dead bodies were laid out in the street under yellow ­blankets until they were taken away in ambulances.”

Comment: ISIS/ISIL has also cultivated a particular image through its propaganda videos, yet eye witnesses describe the antithesis of that image. No masks, no headbands with slogan printed on them, no flags. Instead, it’s white men, clean-shaven with professional military demeanor. Very strange.