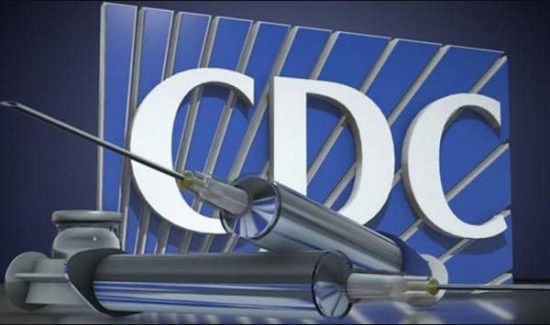 We had suspected governments were manipulating the death toll numbers from the coronavirus pandemic. But the full extent of the fraud has only now become apparent as the CDC’s own data reveals just six percent of officially reported deaths with COVID19 were FROM COVID19.

As has been the case in other countries, the Centers for Disease Control (CDC) has been rigging the numbers to stir alarm and deter dissent from draconian ‘lockdown’ measures imposed by local and state authorities.

The Trick Was Attributing On Death Certificates Anyone Dying WITH Symptoms Of COVID (Respiratory Infection, Coughing, Etc) As Dying FROM The Virus.

Data from multiple sources from around the world has shown that typically patients notified as a death with the virus already had two or more severe co-morbidities (such as cancers, pneumonia, heart disease, etc). So that the likely cause of death could be from those existing illnesses, not the virus, itself. It was and is pure guesswork to assign any death to the virus.

But the consensus narrative has been to downplay these confounding factors and place the emphasis on a coronavirus which has not yet been clinically isolated and proven as a new pathogen in science.

But this week the CDC quietly updated the Covid number to admit that only 6% of all the 153,504 deaths recorded actually died from Covid. 9,210 deaths (screenshot above). The other 94% had 2 to 3 other serious illnesses and the overwhelming majority were of very advanced age; 90% in nursing homes.

“This week the CDC quietly updated the Covid number to admit that only 6% of all the 153,504 deaths recorded actually died from Covid. 9,210 deaths. The other 94% had 2 to 3 other serious illnesses and the overwhelming majority were of very advanced age; 90% in nursing homes. https://pic.twitter.com/mRhpPZaj18“

Gaming the Presidential Election?
Back in July US President Donald Trump retweeted a post accusing the CDC of lying about the coronavirus to prevent his reelection:

“The most outrageous lies are the ones about Covid 19. Everyone is lying. The CDC, Media, Democrats, our Doctors, not all but most, that we are told to trust.”I think it’s all about the election and keeping the economy from coming back, which is about the election. I’m sick of it.”

But as we have reported earlier, there is a lack of compelling scientific evidence to establish the existence of the SARS-CoV-2 virus (COVID19). There is no ‘gold standard’ for the disease and scientists dispute one will ever be found. The RT-qPCR tests used are controversial insofar as they are known to register existing human DNA as a marker for the virus, which is why so many false positives are being found.

The very idea that a vaccine can be developed for a virus not yet isolated/proven is becoming the subject of much debate. See: ‘COVID-19: Vaccine ‘Not Possible’ For A Virus Not Yet Quantifiable.’

A key problems with the RT-PCR tests widely being used is that they cannot identify and discriminate between the different corona virus types. In effect, someone simply with a common cold could cause a positive test result.

What is not being reported in the mainstream media is that the PCR test is not looking for the entire sequence of the COVID-19 virus (which has never been determined). Instead, the test can only identify a nucleate common to all coronaviruses

Against what standard can it be calibrated to determine repeatability? The answer is none. It is also in fact not a diagnostic tool. Its the only low cost tool they have so its being used for a purpose that it is not designed for. i.e. not fit for purpose and are “scientifically meaningless.”

Professor Kary Mullis, the inventor of this test and who won the Nobel prize in chemistry in 1993 for it regarded the PCR as inappropriate to detect a viral infection.

In short, the pandemic response by policymakers and government science ‘experts’ is premised on guesswork and has veered towards the very alarmist end of the spectrum.

Once we put the 2019/20 pandemic ‘crisis’ in a year on year perspective it becomes starkly evident that this ‘novel coronavirus’ was of no greater impact than a severe influenza season, and certainly not sufficient justification for the devastating shutdown of the global economy with concomitant and more deadly impacts.

About the author: John O’Sullivan John is CEO and co-founder (with Dr Tim Ball) of Principia Scientific International (PSI).  John is a seasoned science writer and legal analyst who assisted Dr Ball in defeating world leading climate expert, Michael ‘hockey stick’ Mann in the ‘science trial of the century‘. O’Sullivan is credited as the visionary who formed the original ‘Slayers’ group of scientists in 2010 who then collaborated in creating the world’s first full-volume debunk of the greenhouse gas theory plus their new follow-up book.