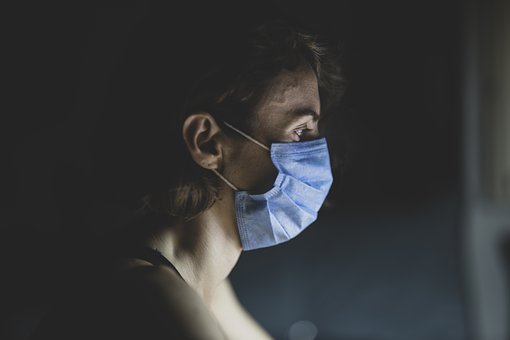 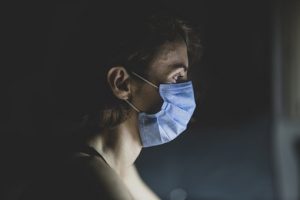 For months, I’ve been laying out evidence that: a new coronavirus was never properly discovered; the diagnostic tests are therefore meaningless; and most of the people who are sick are suffering from traditional illnesses which have been re-packaged under the empty umbrella label, “COVID.”

Of course, most people in the world have a religious belief in the new virus. And that opens the door to: “psychological COVID.”

A person is watching TV for hours. He’s treated to wall-to-wall news, ads, public service announcements—all about the virus and the pandemic. After days and weeks and months of this solid operant conditioning, he’s in the COVID frame of mind.

He’s IN the context, the box, the pattern, the story line.

He occasionally feels a bit of this and that: a scratchy throat, a sniffle. So he thinks, “Maybe this is the start of COVID.” One day, he has a headache. He thinks, “Didn’t they say that could be a symptom, too?”

He takes his temperature. 99.8. He tries to remember—“Isn’t my normal always a bit low?”

He calls his sister and asks her. She says, “Yes, you usually came up 98. Why? What’s the matter?”

“Nothing. I had a little cough yesterday, so I took my temperature. It was 99.8.”

“You don’t know that. CALL THE DOCTOR.”

After talking to his sister, his throat feels raw. He makes some tea. He putters around the apartment. He feels tired. For a second, a pain shoots up his arm. “They said the virus could cause a heart problem.”

He goes to the fridge, takes out half a cake and eats a large slice. Now he really feels tired, so he lies down and goes to sleep. When he wakes up, his nose is stuffed. He walks into the bathroom and blows his nose. He looks at himself in the mirror. His eyes are a little red. His face is pale.

He calls his doctor. A nurse says, “Well, you might have a few symptoms. You should come in and get tested.”

The next day he does.

For two days, while he’s waiting for the results, he’s sneezing on and off. His head is stuffed. He’s sleeping more than usual. His limbs ache a bit. Is he feeling a chill, or is that a breeze blowing in through the screen?

If you told him his thoughts and his mindset could be bringing on physical symptoms, he wouldn’t believe you. Every year for the past ten years, he’s had at least one episode of cough-sneeze-slight fever, and he’s thought nothing of it…but if you reminded him of that now, he wouldn’t pay attention. No, this is different. He begins to feel fear.

The fear ratchets up. He sits in front of the TV, hoping to distract himself. But the commercials show people wearing masks.

The next day, the phone rings. It’s the nurse. She tells him he’s positive for COVID. He’s infected. He’ll need to isolate himself for two weeks, and if the symptoms become worse, he should go to Emergency…

If you don’t think the mind and thoughts can affect the body, think again.

If you don’t think the ability to resist and shake off a concocted story-line is important, think again.

This person I’m describing, who has now been tagged with the COVID label, is suffering from NOTHING.

He’s adding up and making up his own story line, which puts him in a hole.

He’s just been suckered in, and he’s suckering himself in.

“Sir, you have psychological COVID. It goes under a better name. Sucker’s Disease.”

—Oh but wait…what about the people who are REALLY sick?

As I mentioned at the top, most of those people are suffering from traditional illnesses that have nothing to do with “a new virus.”

Give me control of all major news outlets in the world, and venal mouthpieces like Fauci to put on television day after day, and I’ll convince the population that pink panthers escaped from a zoo in the Antarctic, and they’re roaming the globe spitting pink poison at billions of victims.

And whatever the symptoms of pink poisoning are supposed to be, people WILL BEGIN TO EXPERIENCE THEM.

“I saw three panthers this afternoon on my lawn.”

“They were your cats. You might recall that your wife, who is divorcing you, had them at her apartment. She dropped them off in your yard early this morning.”

Before some people jump to erroneous conclusions, let me state this yet AGAIN: Yes, there are people in the world who are actually sick and dying, as always, and most of those who have been labeled “COVID” are suffering from traditional diseases, such as pneumonia, TB, flu, other lung problems, etc. The remaining people who are labeled COVID—you would have to look at these groups, wherever they live, to discover causes, such as: new toxic vaccine campaigns; new levels or new content of deadly pollution; pesticides; treatments with ventilators and toxic antiviral drugs, etc. NO NEW VIRUS REQUIRED.

Mind control or psychological COVID is its own creature, and it is widespread.

If anyone thinks my use of the term Sucker’s Disease is too strong, and is unkind, and I should have called it something like Befuddlement Syndrome, let me point out that, in this situation, being Nice and Polite doesn’t cut through the mind control. In fact, Nice and Polite, as they have spread across society like a moldy blanket, are main components of the reason why people are buying the virus story and the consequent lockdowns and economic destruction. They don’t want to make waves. They want to be kinder and gentler toward Authority. They want to cozy up to Fascism and cooperate in their own downfall.

George Carlin laid it out 20 years ago: “What we have now is a completely neurotic population… Where did this sudden fear of germs come from in this country? Have you noticed this? The media, constantly running stories about all the latest infections – salmonella, e-coli, hanta virus, bird flu – and Americans, they panic easily so now everybody’s running around, scrubbing this and spraying that and overcooking their food and repeatedly washing their hands, trying to avoid all contact with germs. It’s ridiculous and it goes to ridiculous lengths… bunch of goddamn pussies! Besides, what do you think you have an immune system for? It’s for killing germs!…Let me tell you a true story about immunization okay? When I was a little boy in New York City in the 1940s, we swam in the Hudson River and it was filled with raw sewage okay? We swam in raw sewage! You know… to cool off! And at that time, the big fear was polio; thousands of kids died from polio every year but you know something? In my neighborhood, no one ever got polio! No one! Ever! You know why? Cause we swam in raw sewage! It strengthened our immune systems! The polio never had a prayer; we were tempered in raw shit! So personally, I never take any special precautions against germs. I don’t shy away from people that sneeze and cough, I don’t wipe off the telephone, I don’t cover the toilet seat, and if I drop food on the floor, I pick it up and eat it! Yes I do. Even if I’m at a sidewalk café! In Calcutta! The poor section! On New Year’s morning during a soccer riot! And you know something? In spite of all that so-called risky behavior, I never get infections, I don’t get them, I don’t get colds, I don’t get flu, I don’t get headaches, I don’t get upset stomach, you know why? Cause I got a good strong immune system and it gets a lot of practice…”

A person suffering from self-induced psychological COVID needs to take a sledgehammer to his own complicity AND the propaganda of the State. Crack the egg and climb out and breathe.