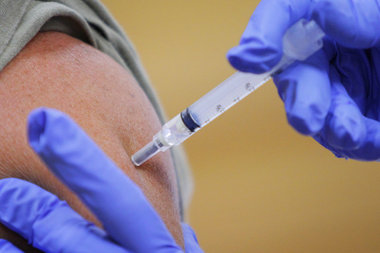 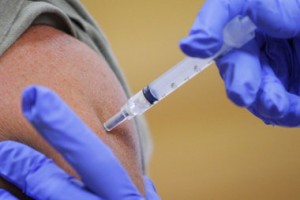 A New Jersey social service agency has followed through with its threat to fire three office workers over their refusal to get a flu shot or, as an alternative, wear a surgical mask while in the company’s Burlington Township headquarters, an attorney for the women said.

Alanda Watson, Megan Duncan and Denise Mercurius, who worked in the accounting and billing departments at Lutheran Social Ministries of New Jersey, were suspended without pay last month for failing to follow the flu-prevention protocol, which went into effect in June.

The company began enforcing the mandate at the onset of flu season in October.

Days after the employees were told of their second weeklong suspension on Nov. 17, the women received letters informing them they were fired for cause, said Cherry Hill lawyer Alan Schorr, who is helping two of the workers secure unemployment benefits. Duncan, a Howell resident, has found another job.

“While we respect your personal preference to decline the flu vaccine, your decision not to avail yourself of the accommodation we offered leaves us no choice but to terminate your employment with the organization,” the letter said.

The women say they are deeply opposed to mandatory vaccinations and argue they should not be required to wear masks, calling them invasive, impractical and not wholly effective at preventing the virus.

They said no to mandated flu shot and now fear firing. Here’s why.

They join a growing number of workers fired for violating so-called vaccine-or-mask policies, which have been widely adopted by hospitals and healthcare companies in recent years, according to the American Hospital Association.

Lutheran Social Ministries’ president, Colleen Frankenfield, told NJ Advance Media last month she instituted the policy to better protect the agency’s clients, many of whom are elderly or disadvantaged and therefore at greater risk of harm from the flu.

The agency, with about 630 employees, operates nursing homes and shelters throughout the state and provides additional services at satellite offices.

Frankenfield, a registered nurse and attorney, said the 30 or so employees at the company’s headquarters were not exempted from the mandate because clients occasionally visit the building.

In addition, she said, some workers routinely visit the agency’s various facilities, raising the possibility of cross-contamination.

Watson, 36, Duncan, 30, and Mercurius, 45, contend they should not have to comply with the policy because they have no contact with the public. Moreover, they call the mandate illogical, arguing that because the vaccine varies in effectiveness from year to year, employees who receive the shot are not always protected.

The women declined comment Friday, referring calls to Schorr, the attorney, who said the fired employees “tried to get this worked out” with the agency.

“They were asking really fair questions,” Schorr said. “Do you really have to leave the building to eat? In a hospital, they go to a lunchroom.”

He said he is assisting Watson and Mercurius in the event they are denied unemployment benefits. The state may deny those benefits if an employee is found to have engaged in misconduct.

“Here the employer is taking the position that they engaged in misconduct by being insubordinate and violating their policies,” Schorr said.

The issue was at the heart of a state appeals court decision last year. The three-judge panel ruled the state Department of Labor should not have denied unemployment benefits to a nurse fired by Hackettstown Regional Medical Center for refusing a flu shot. The refusal, the court wrote, did not amount to misconduct.