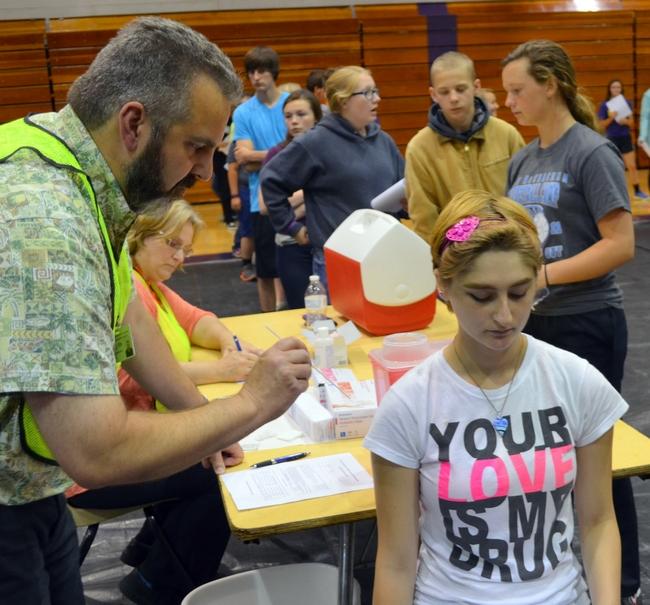 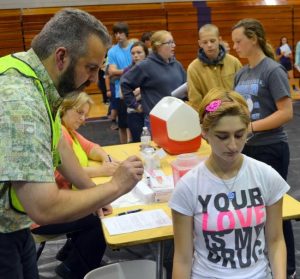 While the public at large is rapidly increasing the discussion around vaccine injury and health freedom, the U.S. Centers for Disease Control and Prevention (CDC) continues to ignore individual rights and medical reality when discussing the flu vaccine. “Safe and effective” is the hollow echo repeated by CDC mouthpieces and pharmaceutical company funded agencies, coalitions and organizations.

According to official statistics — for those who subscribe to them — the 2015-2016 flu vaccine was 59 percent effective. Up from the 2014-2015 season that saw only 23 percent effectiveness — all according to CDC statistics. The flu season is now coming to its official end in North America and what better way to celebrate than with mass flu pandemic drills.

Local and mainstream media is proudly and calmly reporting the existence and success of pandemic flu outbreak exercises conducted at schools, medical centers and hospitals.

According to The Daily Reporter out of Coldwater, Michigan, the local health agency simulated a flu pandemic using 300 students at Bronson Junior/Senior High School. Community Health Agency (CHA) Health Officer Rebecca Burns stated that this drill was the first actual live exercise [minus the injecting of students] in the past five or six years according to the article.

CHA Emergency Preparedness Coordinator Jim Cook explained that the program is part of the requirements the health department must complete to comply with and test federal emergency preparedness response requirements, and to qualify for grants. The drill saw the students herded into the gym, processed and treated to a simulated administration of a flu vaccine. 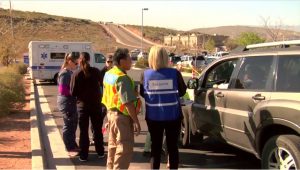 The Utah-based drill simulated a flu pandemic scenario in full swing impacting people across the western U.S. For the artificial scenario, those participating were instructed that resources were scarce. Carloads of crisis-acting flu patients were greeted by a team of certified nurse assistants for triage. The nurses assigned degrees of urgency to each patient and either sent them home or on to the next group of nurses to be admitted to the hospital.

Those admitted to the hospital had their basic info recorded but were also asked for their religious affiliation. From there, doctors practiced making “tough decisions” while hospital staff implemented altered standards of care using the health department’s strict criteria as published in the Utah Pandemic Influenza Hospital and ICU Triage Guidelines manual.

Needless to say, local communities and medical centers need to be prepared for potential outbreaks. Yet the timing of the flu pandemic drills are curious against the current backdrop in America of a mass refusal to vaccinate juxtaposed with politicians, doctors and school boards underhandedly removing informed consent. In addition, the U.S. population is rightfully skeptical after having lived through a pharmaceutical co-op in which 131 nonfatal cases of disneyland measles cases kicked off a sustained, state by state mandatory vaccination bill blitz still being fended off by the public to this day.

The last time we heard the word “pandemic” and “flu” used in the same sentence by officials was during the swine flu statistical gymnastic con job pulled on the American people in 2009. During that time, at the height of a breathtakingly average flu season resulting in 18,500 incidences of swine flu, the CDC stopped counting cases.

Magically, they began using estimates that claimed swine flu incidents had tipped the scales at 22 million. These inflated numbers were solely due to change — unannounced at the time — in statistical estimating in which all cases of pneumonia and flu were combined into one category. The simple change allowed any case of pneumonia or flu to become swine flu overnight accounting for a statistical pandemic rooted in deceitful math but found nowhere in reality.

Never one to let inaccurate media hype go to waste, FluLaval vaccine manufacturer GlaxoSmithKline’s stock price jumped 37 percent from April 2009 — when the H1N1 virus first appeared — to December 2009 when the virus began to taper off. The aftermath saw a wave of lawsuits and payouts for severe vaccine adverse reactions of up to $61 million in one UK class-action suit alone. 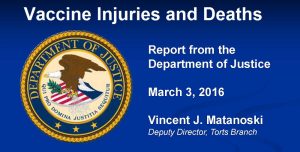 An uncomfortable reality for the CDC, the mainstream medical community and pharmaceutical companies is that the vaccines they are attempting to force upon the American people are not safe. In fact, the flu vaccine continues to top the list of the Department of Justice’s quarterly report of vaccine injury compensation payouts. The flu vaccine’s manufacturers insert — the thing that most doctors and nurses withhold from their patients — states the following:

…there have been no controlled trials adequately demonstrating a decrease in influenza disease after vaccination with FLULAVAL.

Furthermore, due to the fact that each year the vaccine manufacturers guess at which flu strains to include in their vaccines, at no point can there ever be safety testing performed for this new product with its unique combination of changing viruses.

In the U.S., a one size fits all vaccine policy has led to a historically disastrous trail of vaccine injured children and adults. The current push for mandatory vaccination will only compound the injuries and deaths exponentially.

As states fight to retain their health freedom and informed consent to medical procedures [immunizations], questionable preparation for mass vaccination due to a flu pandemic needs to be seriously questioned.

With directives being handed down and practiced by the same agency that falsely labeled 2009’s swine flu hoax a pandemic, the public wants answers. The void of independent journalism asking the tough questions and reporting the truth about compromised government regulatory agencies directed by pharmaceutical company conflicts of interest must end.

For now, the flu season is coming to a close and it appears the CDC has funneled all its resources towards scaring the public with the Zika virus hoax. It is important to note that the birth defects caused by the Zika virus is not taking into account environmental toxicity from agrochemical pesticides and herbicides proven many times over to cause the very same birth defects and much more.