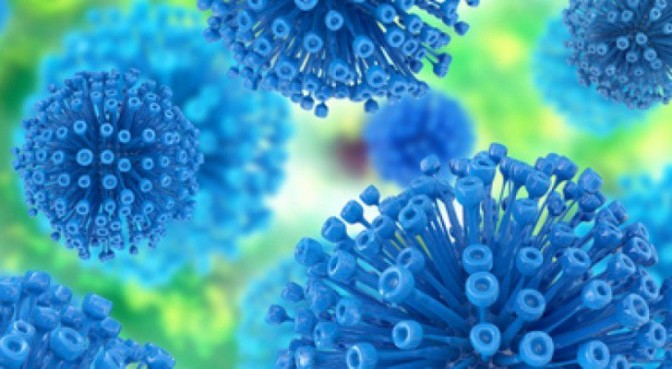 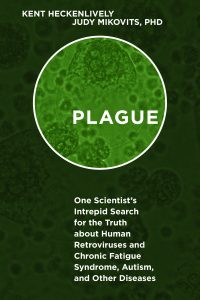 People make choices – what they will see and what will remain invisible to them.  Like the character, Neo, played by Keeanu Reeves in The Matrix, we are often given the choice to take the blue pill or the red pill.  The blue pill allows you to remain in your safe little world.  Taking the red pill, well, that opens a Pandora’s Box.

For me, that moment came when my normally developing eighteen-month-old son, Ben, went mute after his vaccinations.   His sister, Jacqueline already had autism and seizures, which we later linked to her six-month round of shots.  With her, we didn’t know.  With Ben, it was absolutely clear what had happened.  Ben was my red pill.  After putting him on the gluten/casein free diet he came back to us.  My daughter is still very severely impaired.  Because of my children, I became a warrior.

In 2009 I stumbled across an interview Dr. Judy Mikovits had given in a television show in Nevada called Nevada Newsmakers.  Mikovits was talking about the publication of her article in the journal Science which showed that a recently discovered retrovirus, XMRV (xenotropic murine leukemia virus related virus) had been found in 67% of chronic fatigue syndrome (ME/CFS) patients and at 3.75% in healthy patients.

Then she started talking about a potential link to autism, as they had done some early research into the question.

And the door was being opened…

Here is what she said on that television show:  There’s always the hypothesis that my child was fine, then they got sick, and then they got autism.  Interestingly, on that note, if I might speculate a little bit.  This might explain why vaccines lead to autism in some children because these viruses live and divide in the lymphocytes, the immune response cells, the B and T cells.  So when you give a vaccine you send your B and T cells into overdrive.  That’s its job.

Well, if you’re harboring one virus, and you replicate it a whole bunch, you’ve now broken the balance between the immune response and the virus.  So you could have had the underlying virus and them amplified it with the vaccine and then set off the disease, such that your immune system could no longer control the infection and create an immune deficiency.

I put in a call to the Pediatric AIDS Unit at the University of San Francisco.  I got their press person, and brought up the idea of a retrovirus in autism and whether there might be tests available, and what thoughts were on an anti-retroviral regimen if a retrovirus could be found.

I stayed calm and asked, “Could you explain that?”

He said it was similar to what they knew and practiced in HIV/AIDS treatment.  If a child is born to an HIV-infected mother, the child is put on anti-retrovirals prior to immunization.  He told me I could find the information on their web-site.

A whole new way of looking at the problem…

This was an explanation for the explosion of not just autism, but also chronic fatigue syndrome (ME/CFS).  Mikovits was a scientist with a first-rate reputation, having studied HIV/AIDS when it was the deadliest plague on our planet, and spending more than twenty years as a scientist at the National Cancer Institute, collaborating with Dr. Frank Ruscetti, one of the founding fathers of human retrovirology.

I called up Dr. Mikovits and asked if she would talk to me for an interview.  She did and we struck up a friendship.  I would come to know her over many years, finding in her a scientist with a fierce dedication to helping patients, and a rock-solid integrity.

But I immediately realized that when you are suggesting a reasonable explanation for the illness of millions, and those explanations involved common medical practices, both in vaccinations, and as I would later find, recombinant viral research, you were likely to make some very powerful enemies.

Mikovits endured years of torment.  Some groups found the retrovirus, as well as a larger family of retroviruses in patient populations, and others did not.  One of these groups that found a retrovirus in high numbers in patients with this disease was headed by Dr. Harvey Alter of the FDA, a winner of the Lasker Award (often referred to as the American Nobel Prize for medical research) for his discovery of the hepatitis C virus.  Their sequences showed greater diversity than the Mikovits group, but they also found a higher rate of infection in the healthy population, about 6.6%, or around 20 million Americans.

Eventually, a group headed by Ian Lipkin of Columbia University came to the conclusion in 2012 that there was no association between XMRV and patients with chronic fatigue syndrome (ME/CFS).  But there were problems with the patient group selected by the Lipkin study.  They excluded patients with the following conditions: 1. HIV virus, 2. Hepatits B or C virus, 3. Treponema pallidium (tapeworm), 4. B. burgdorfieri (Lyme disease spirochete), 5. Medical or psychiatric illness that might be associated with fatigue, 6. Abnormal serum characteristics, and 7. Abnormal thyroid functions.

A couple of these exclusions were puzzling to one of the early researchers into this condition, Dr. Paul Cheney.  Cheney told me that somewhere around 85% of the patients had abnormal thyroid readings.  The exclusion of the borellia spirochete was puzzling as it was likely to be found in these patients, especially as they were immune-suppressed.  And a “medical or psychiatric condition that might be associated with fatigue?”  Cheney said, “Well, this is a medical condition associated with fatigue, so they’re trying to exclude the very disease they’re supposed to be looking for.”

Patient advocate Gerwyn Morris, a micro-biologist, was much more blunt.  Morris said it was like “Looking for HIV, but excluding homosexual males, IV drug users, and those who’d received a blood transfusion.”

So the Ian Lipkin of 2012 was saying there was no correlation between the XMRV retrovirus and patients with chronic fatigue syndrome (ME/CFS).  This also meant that there would be no follow-up on the findings by the Mikovits team of the retrovirus in children with autism and whether, like with HIV, a vaccine could stimulate replication of the retrovirus leading to autism.

But the Ian Lipkin of 2013 would sing a much different tune.  Using a patient group collected by Dr. Jose Montoya of Stanford University (a researcher who Mikovits told me did an excellent job of selecting patients likely to have the disease), the findings were remarkably different.

After first reporting an abnormal pattern of inflammatory cytokines and chemokines (the very clue Mikovits had found that put her on the hunt for a retrovirus), Lipkin said in a public conference call with CDC on September 10, 2013: We found retroviruses in 85 percent of the sample pools.  Again, it is very difficult at this point to know whether or not this is clinically significant or not, and given the previous experience with retroviruses in chronic fatigue, I am going to be very clear in telling you, although I am reporting this at present in Professor Montoya’s samples, neither he, nor we have concluded that there is a relationship to disease.

I happened to be at Stanford University a few months after that and heard Dr. Lipkin say that even with such findings he didn’t want to go down the retroviral road again.

Like me, you may be a little confused.  The Ian Lipkin of 2012 says that he cannot replicate the Mikovits’ team finding of a retrovirus in 67% chronic fatigue syndrome (ME/CFS) patients.  The Ian Lipkin of 2013 says he finds evidence of a retrovirus in 85% of a different group of chronic fatigue syndrome (ME/CFS) patients, but can’t even begin to comment as to whether this might be what even a graduate student would commonly refer to as a “clue.”

Pejman Naraghi-Arani with his team members, including Kent Heckenlively, working on the NanoString nCounter platform.

I am a science teacher and to the very marrow of my bones I believe in the scientific process.  I teach my students to be methodical, to check their data, and to draw conclusions based on their evidence.  I teach them about the courage of scientists like Galileo and Darwin who fought the prejudices of their time with facts.  Most of all, I teach them not to be afraid.  Let the truth be told, though the heavens fall.

Her response was that others had said it was due to contamination, and so she was saying the same thing.

I couldn’t believe what I was hearing.  I would not let one of my sixth grade students get away with using such faulty logic and here it was being asserted by an Ivy League professor.  I almost wanted to ask if all her fellow scientists jumped off a bridge, would she follow them?

Let’s use some common sense here…

Now with all due respect to Darwin and Galileo, the lives of millions of people did not immediately depend on the answer to their questions.  Yes, the field of genetics would show our close affinity to the rest of the animal kingdom, and Galileo’s work would allow us to venture out into our own solar system, but it didn’t have the potential to restore millions of people to good health.

If a retrovirus lies at the heart of diseases like chronic fatigue syndrome (ME/CFS) or autism, scientists bear a heavy duty of responsibility to their fellow man to tell the truth and share that information as rapidly as possible to ease the suffering of millions.  I consider anything less to be a crime against humanity.

Mine is an ancient lament.  Quis custodiet ipsos custodies? the Roman poet Juvenal asked more than fifteen hundred years ago.  Who guards the guardians? I’m not really sure these people are being watched.  They seem to have become a law unto themselves, which is why I wrote this book with Dr. Judy Mikovits.  I invite you to read the story and listen to these people, often in their own words, or in government documents.  Decide for yourself if you think the guardians are doing their job.

Read PLAGUE: One Scientist’s Intrepid Search for the Truth About Human Retroviruses, Chronic Fatigue Syndrome (ME/CFS), Autism, and Other Diseases, and decide for yourself whether scientists today are living up to the standards set by Galileo and Darwin.