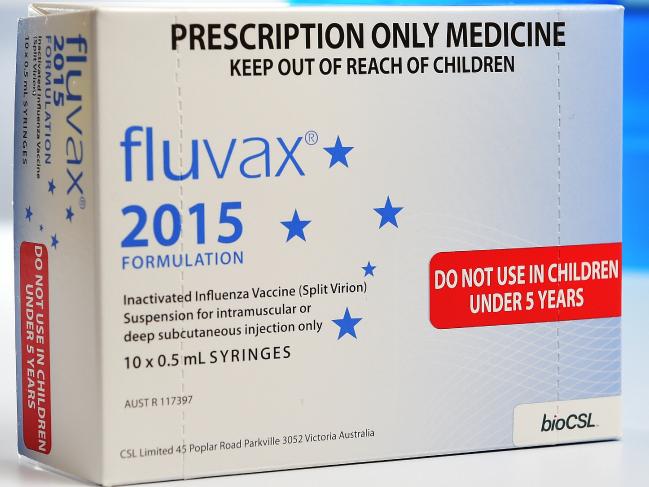 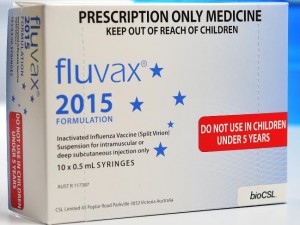 NINE Australian children have been given a flu vaccine banned in children under five because it can cause fever and febrile convulsions.

The federal Department of Health has confirmed that Fluvax has been administered to children in less than a month.

There have been three cases in NSW, three in Queensland, one in South Australia and two in West Australia.

It has prompted an urgent warning from the country’s Chief Medical Officer Professor Chris Baggoley to all health professionals.

They have also been advised if it is given to a child under five, it constitutes “off-label” use, which exposes the heath providers to legal risk.

A spokeswoman for the department said to reduce the risk of young children being given the bioCSL’s Fluvax by mistake, it delayed the start of the national vaccination program until at least one other vaccine suitable for this age group was available.

“This was due to the fact that the Australian-made bioCSL’s Fluvax vaccine was likely to be the available before overseas-made brands, but it is not registered for use in children under five years of age,” she said.

In 2012, several children suffered febrile convulsions, fever and vomiting, prompting concern about its safety in this age group, but no adverse events have been reported since.

The vaccine has a warning on it advising health professionals not to use it on under-fives.

A recent study by the National Centre for Immunisation Research and Surveillance found influenza vaccines registered for use in children were safe with few side effects.

The research, published in the Medical Journal of Australia, found reactions occurred in one in five children, but they were mild, predominately swelling or pain at the site of the injection.

One thought on “Fluvax given to children under-five despite ban”