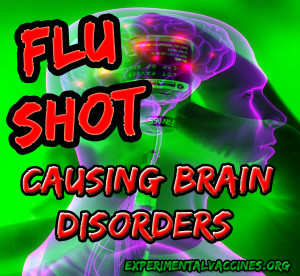 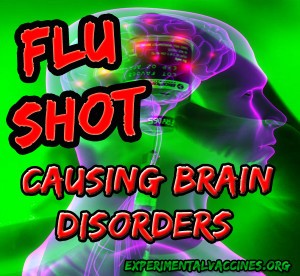 Influenza vaccine is administered annually during the fall season in areas having a temperate climate. The composi- tion of the subvirion influenza vaccine includes two type A antigens and one type B antigen of influenza virus. Because antigenic drift variants are responsible for annual epidemics that occur during the interpandemic periods, distinct, anti- genic variant strains of influenza A and B emerge and become predominant over a period of approximately 2 to 5

years, only to be replaced by the next predominant antigenic variants [1,2]. Currently, influenza vaccine is recommended for persons 65 years and older, children and teenagers, pregnant women, those at high risk, such as healthcare workers, and persons who want to reduce the likelihood of contracting influenza [3].

It has been previously been reported that A/New Jersey swine influenza vaccine was notable for relative risks of GBS ranging from 4.0 to 7.6 for 6- or 8-week periods after

The final goal of this study was to measure the endotoxin concentrations present in commercially available influenza vaccines using the Limulus amebocyte lysate (LAL) assay. Several studies have used the LAL assay to measure the endotoxin concentrations present in commercial vaccines [13–15]. The authors of these studies concluded that the monitoring and reporting of endotoxins and other contam- inants in vaccines might be useful in understanding some of the side effects observed in vaccine recipients. They also concluded that the selection of vaccines with the lowest endotoxin levels might help to avoid some of the adverse effects of vaccinations.

In this study the Vaccine Adverse Events Reporting System (VAERS) database was analyzed to determine the incidence of GBS. The VAERS database is an epidemio- logical compilation maintained by the Centers for Disease Control and Prevention (CDC) since 1990. Adverse events following vaccination are required to be reported to this database as mandated by United States law. The protocol for reporting serious events to VAERS requires written and telephonic confirmation by the CDC. The CDC follows-up on serious events 1 year after they occur to determine whether the patients had fully recovered. The Food and Drug Administration (FDA) inquires into deaths reported to the VAERS database by contacting the patient’s healthcare provider and physician. The FDA also continually monitors reports to the VAERS database to determine whether any vaccine or vaccine lot has a higher than expected incidence rate of events. The VAERS Working Group of the CDC, the FDA, and ourselves analyze and publish epidemiologic studies based upon analyses of the VAERS database. A recent study by the VAERS Working Group of the CDC stated that VAERS is simple to use, flexible by design, and the data are available in a timely fashion [16]. Our principal aim here is to compare GBS following influenza vaccination with an adult tetanus– diphtheria (Td) vaccine control group based upon analysis of the VAERS database, a massive database otherwise unattainable. The reason for choosing

Td as an adult vaccine control group is that the Institute of Medicine (IOM) of the U.S. National Academy of Sciences has concluded that the evidence favors a causal relationship between Td vaccine and GBS [17].

We also examined the incidence of GBS reported fol- lowing influenza vaccine manufactured by Wyeth, Parke- Davis, Lederle, Connaught-Aventis Pasteur, and Evans Medical International. We used denominators obtained from the Biologic Surveillance Summaries of the CDC for the number of doses of each vaccine administered during their respective time periods. The CDC regulations require that the identities of the manufacturers remain unknown, because they claim this information is confidential and pro- prietary between themselves and the manufacturers [18]. Therefore, we have encoded the manufacturers we exam- ined by assigning each an encoding letter.

Central to our study is the premise that in a similarly aged population an unbiased search for the incidence rate of a specific adverse reaction to a particular vaccine would yield similar data to the incidence rate following another vaccine. This premise is founded on the understanding that the inherent limitations in the accuracy of reported adverse reactions in the VAERS database may be expected to equally affect the reports originating from both vaccines under study. Likewise, the number of administered doses of a particular vaccine, based on the Biological Surveillance Summaries of the CDC, should be unbiased since any in- herent limitations of the Biological Surveillance Summaries should equally apply to each vaccine under study. In per- forming the statistical analyses, the premise of equal reac- togenicity between vaccines forms the basis of our null hypothesis. The statistical method used is a 2 ? 2 contin- gency table which posits that the total number of adverse reactions following a control vaccine and the number of doses administered (based upon the Biological Surveillance Summaries for the period examined) are the expected val- ues, and the total number of adverse reactions following the