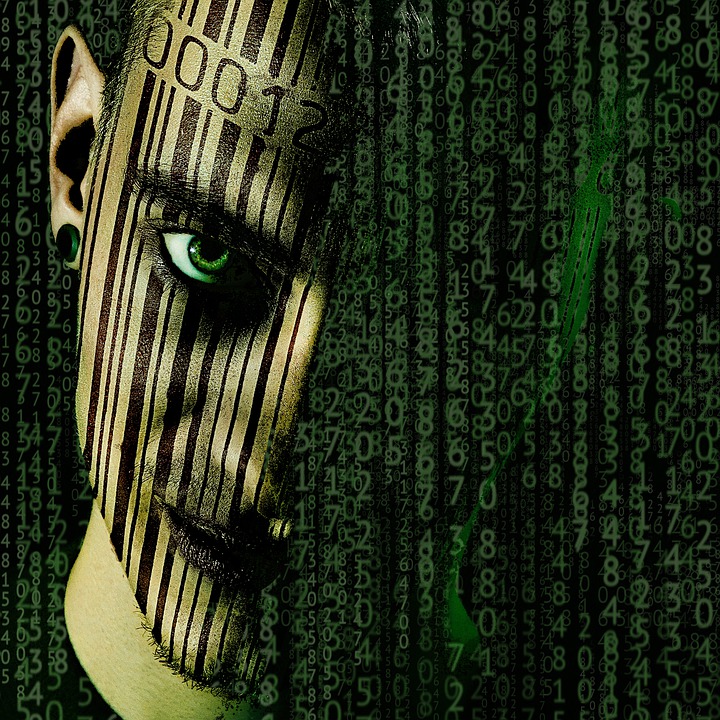 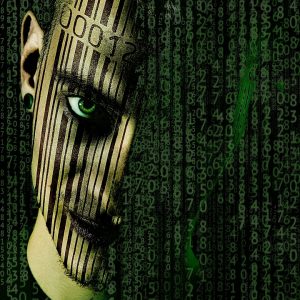 You wouldn’t let a premier tattoo a barcode on your forehead, so why do we submit to QR check-ins?

“Those are nothing alike!” I can hear the obedient herd mumble, face masks rustling in anger.

Calm down, you have already been violated. This is the debriefing.

Our government has used Covid as an excuse to turn Australians into digital products. It is the perfect scam. Every dictatorship knows that humans are cheap, renewable, and disposable. Our digital identities are worth a fortune to the right third-party buyer, while the ability to track and control our movements presents a unique opportunity for politicians wishing to manage democracy instead of being a victim of its whims.

To achieve this, you must become an object with attributes sitting in a database. Instead of roaming around anonymously making all sorts of transactions without the government’s knowledge, Australians find themselves passing through ‘gates’.

These obstacles are deliberately placed in your way to require a manual check-in with the QR system. All product-based systems have these gates to control the flow of stock and weed out errors. It is how computers see things. The more gates, the more clarity.

You are updating the government like a parcel pings Australia Post on its way to a customer. If a fault is found, automatic alerts are issued and you are stopped from proceeding. In New South Wales, this comes in the form of a big red ‘X’ on the myGov vaccine passport app (if you managed to link your Medicare account without smashing the phone to bits).

Gate-keeping systems have been adapted from retail and transformed into human-based crowd solutions to micromanage millions of lives with the same ruthless efficiency as barcodes tracking stock. There is no nuance or humanity in this soulless digital age. Barcodes are binary. Good – bad. Citizen or dissident.

Even if you have all the required government attributes to pass through the gates – two vaccines, six boosters, and a lifelong subscription to Microsoft – something could go wrong. If your data fails the scan, you’ll slip into digital purgatory and become an error message.

Historically, anonymity from the government underpinned by a cash-based society guaranteed a measure of freedom. Cash is the great liberator of the people, which is why the World Economic Forum and United Nations have been pushing our government to limit cash and actively discourage its use.

Prior to Covid, Scott Morrison fought to bring in cash limits to ‘fight criminal activity’. It was actually a response to UN directives that seek to move economies toward digital payments in pursuit of sustainable development goals. Criminals agree, and have shifted to untraceable digital currencies. Even if you could make the argument that stopping cash transactions thwart the odd dodgy deal, it does not override the essential right of law-abiding citizens to use legal tender in whatever capacity they wish.

For those in the privileged class allowed to shop, take note of Covid signs which encourage cashless transactions under the guise of ‘health’. Messaging around cards being ‘safer’ will increase until the Treasury tries to remove cash entirely, almost certainly with public approval.

Cash is an inconvenience to a government desperate to reduce your freedom. Tax is automatic and banks can cancel cards at a moment’s notice. The Chinese Communist Party already denies citizens access to money if their social credit score slips. With cash, capitalism cannot be stopped. The chaos of transactions made by un-monitored citizens is essential to the recovery of Australia, but it creates a very big problem for those international organisations that want to see a re-imagining of our democratic and financial systems.

Governments are meant to sit at the edge of society – prodding behaviour and leeching off the profits like an uncomfortable tick that we scratch off when it gets too fat. Covid has lured government to the centre, and its accompanying bureaucracy does not like the noise… It wants citizens to be contained on predictable loops where their value can be assessed, packaged, and sold. To achieve this, government takes over more and more of society until it becomes the dominant entity.

‘Smart Cities’ are the next evolution of control. They present us with a dystopia where advertising billboards are integrated with government databases. These track people’s movement through the city to make sure no one is outside their allowable Covid area or doing something that isn’t permitted. World Bank initiatives already share social media data, cell-phone records, satellite imagery, and other previously private information with governments in other nations.

“Our struggle for global sustainability will be won or lost in cities,” said then-UN secretary-general Ban Ki Moon, in 2013.

Engagement with technology should not be a requirement to exist, yet it is almost impossible to function without a smartphone. This has nothing to do with our personal well-being or the survival of the planet. Australians instinctively understand the horror of China’s social credit system, but we remain incapable of recognising the bars on our own cage.

In 2019, Google and IBM via nonprofit The OpenPower Foundation helped China improve microprocessors used to filter through large volumes of data used in their social credit system under the heading ‘driving innovation’.

A year earlier, Google’s Dragonfly project caused outrage among its employees. Leaked information revealed that Google had used its position as one of the world’s most powerful Silicon Valley tech giants to engage with China and help them develop a censorious search engine.

Google famously withdrew from the Chinese market because of the government’s demands to manipulate search results to protect the Communist Party. They must have had a change of heart, because project Dragonfly involved the creation of a new search engine to do exactly that – hide any results from the Chinese people that might make them question official doctrine.

It was also reported that Dragonfly intended to connect people’s search queries to their phone numbers, allowing the Social Credit System to reward or punish citizens for their internet searches.

Human rights advocates around the world were shocked by this scandal, but how different is it to the current behaviour of health authorities, politicians, and social media platforms? These entities promote ‘approved information’, hide dissenting arguments, remove users who debate topics, and collude to destroy entire platforms that refuse to partake in global censorship initiatives.

These are the same cabal that want to treat you as one of their products. Nothing they do is about keeping you safe, it is done to control your behaviour – making sure you remain calm and compliant to collective directives which will become more ridiculous as this drags on.

Our lives have been digitised to the point of immersion, with a population conditioned to desire drip-fed affirmation. Installing a digital Covid dystopia around them was perfunctory. All it took to gain support for digital tyranny was a green ‘tick’ from the government every time people entered a shop, confirming their status as a good citizen.

Make no mistake, vaccine passports are a domestic Social Credit System created under the watch of the federal Liberal Party. It is a sprawling government entity that denies rights based upon compliance in the hope that you will obey rather than exercising your democratic right to resist.

Citizens accepted vaccine passports because the government made them a condition of release from unlawful detention. As a population, we have been emotionally damaged to the point that people cheer on the discrimination of their neighbours. Ethics have been replaced by the intense fear of being sent into lockdown.

We are not witnessing a casual overreach of power – vaccine passports and QR check-ins are a complete abandonment of the Western democratic system. They are a threat to the liberty of our children and the survival of Australia’s laid-back spirit.

National Cabinet knows that it cannot keep up the charade of ‘emergency’ forever, but it is desperate to hang on to these new powers. Laws are being drafted to permanently infest our democracy with digital abuse.

We are watching sovereign nations become vassals of an unelected global bureaucracy, but humanity does not like to be governed by a central authority figure. Ethnic, religious, and regional affairs naturally divide citizens into cities until they break away into countries. We are a tribal species that demand diversity to survive. Any attempt to rule us as a collective will require ever more brutal forms of control and surveillance – like continuous apocalyptic rhetoric and the snuffing of independent thought.

As the United Nations and World Economic Forum frequently say, ‘democracy and capitalism are an inconvenience’.

There are people out there with too much money and power that believe human beings can be kept in digital cages, snouts shoved in the feed trough while being farmed for information. If communism worked China wouldn’t need a social credit system. Similarly, if Australians agreed with Covid mandates, the government wouldn’t need a vaccine passport.

Big Tech companies have always had access to our data, but on their own they are powerless to harm us. The recent collusion between corporate and government presents an immediate risk to our safety.

If we do not stop the government binging on private data, we will lose everything that makes us Australian.

Alexandra Marshall is an independent writer. If you would like to support her work, shout her a coffee over at Ko-Fi.

One thought on “Freedom Day? You have a barcode on your forehead”