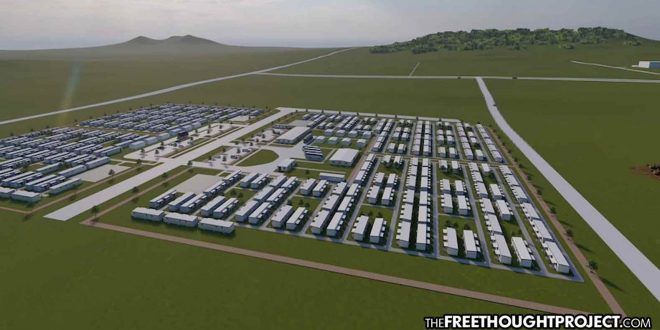 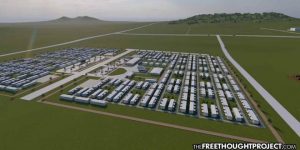 COVID detention facilities for the un-vaccinated and dissidents?

Despite some states tentatively beginning to lift lockdown restrictions, Australian authorities are building quarantine camps that won’t be completed until next year in order to prepare for “ongoing operations” and to house those “who have not had access to vaccination.”

According to ABC Australia, one such 1,000-bed quarantine facility at Wellcamp Airport outside Toowoomba will be fully completed by the end of March 2022.

“At this stage, the cabins will be used by domestic travelers returning from COVID hotspots,” states the report.

However, it also makes clear that the camp will be used for “ongoing operations” and will be a source of employment for the local area.

The camps is split into different zones and accommodates singles, doubles, and family rooms while being patrolled by police and security guards 24/7. 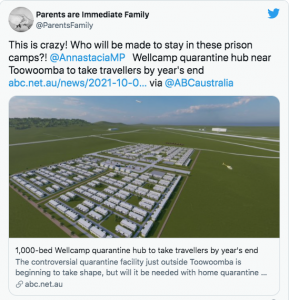 Citing new strains of COVID and people who “might not have had access to vaccination.,” Queensland Deputy Premier Steven Miles told the media outlet, “We anticipate there to be a continuing need for quarantine facilities.”

The government is leasing the land on which the camp is being built from the Wagner Corporation for 12 months with an option for a further 12 months after that.

Another 1,000-bed quarantine facility is also being built on a 30-hectare Army barracks site in the industrial area of Pinkenba, near Brisbane Airport.

“Why anyone who had left Australia would come back again is unclear,” writes Dave Blount. “It is possibly the most repressive country in the world regarding Covid tyranny.”

As we previously highlighted, state authorities in America are also constructing new “quarantine facilities” for Americans who are “unable to quarantine at home.”

As we reported last year, Authorities in Quebec City, Canada announced they will isolate “uncooperative” citizens in a coronavirus facility, the location of which remains a secret.

Back in January, German authorities also announced they would hold COVID dissidents who repeatedly fail to properly follow the rules in what was described as a ‘detention camp’ located in Dresden.