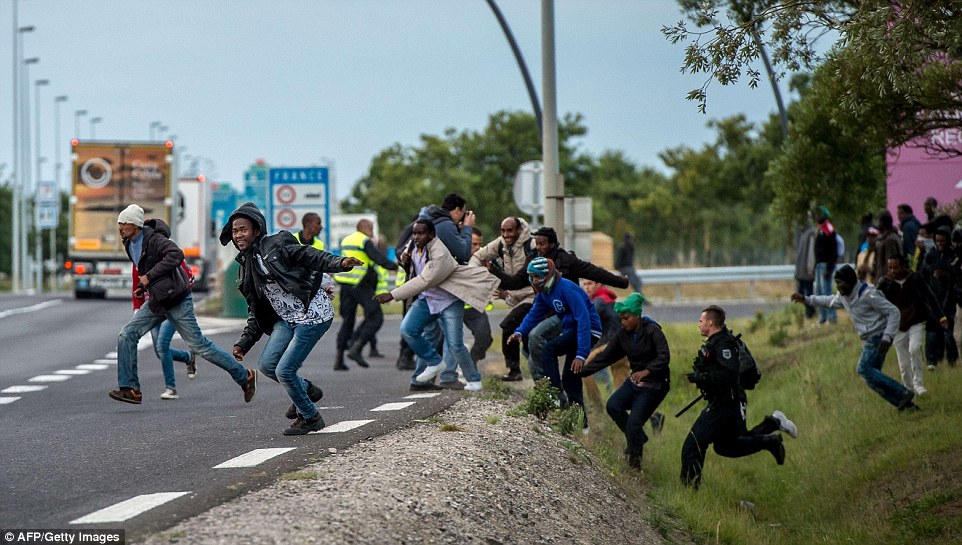 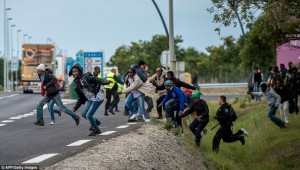 An organised mob of 200 migrants charged into the Calais entrance of the Channel Tunnel early yesterday, chanting ‘open the borders’ and demanding to be allowed into Britain.

They tore down fences and charged past police, who retaliated by spraying tear gas.

When the migrants were finally beaten back, they regrouped to form a human barricade, blocking the road to the tunnel.

One migrant, who gave his name only as KD, 27, from the Sudan, said: ‘We want to go to England. We are 100. We are going to sit in the street. Tomorrow, we are going to camp in the road.’

There were also suggestions a hunger strike would be launched.

Sammy, an Ethiopian lawyer who appeared to be directing the blockade, said the migrants were becoming increasingly desperate to get to England. She added: ‘We are all one person. We all have the same idea. We are all one.’

Sammy, in near-perfect English, shouted slogans which were repeated in unison by the crowd. She said: ‘We are humans. We are not animals. We have rights. Stop the police. Open the borders – just like in Italy.’