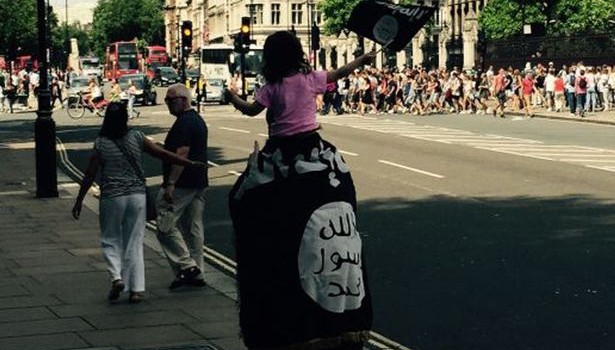 Quran (33:60-62) – “If the hypocrites, and those in whose hearts is a disease, and the alarmists in the city do not cease, We verily shall urge thee on against them, then they will be your neighbors in it but a little while. Accursed, they will be seized wherever found and slain with a (fierce) slaughter.”

NOTE: THIS IS THE MOST HORRIFYING & DISGUSTING TAKEOVER I HAVE EVER SEEN, GERMANY HAS LITTLE TIME LEFT & THE ENTIRE COUNTRY NEEDS TO STAND UP TO THIS INVASION NOW.

These are not refugees.

They are marching in Hanover, Germany and claiming the land for “Allah” while waving BLACK FLAGS of Al-Qaeda. To be clear, I am not saying all refugees are terrorists. I am simply pointing out that ISIS is sending militants into Europe DISGUISED as “migrants” because they can use the real refugees as cover. There are way too many people coming across the borders to scrutinize them all.

ISIS Standing in a tent given to them in one of many U.S. supply drops. 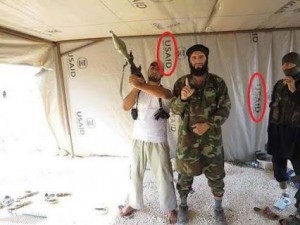 ISIS has threatened that they would attack the EU and the US on their OWN SOIL. Is it a coincidence that the U.S.A. has also been having a migrant crisis? Or was this planned all along? At this point, all we can do is spread the word and see what will happen. Government officials are refusing to deport Illegal Migrants for fear of being politically incorrect… And it might cost a lot of people their lives.

But what do they care? They created Al-Qaeda/ISIS and fund them. Currently the N.W.O. is actually planning to send troops to Syria to fight Russia (the only people really fighting ISIS right now).

One thought on “FRIGHTENING: The ISIS Invasion Of Germany”