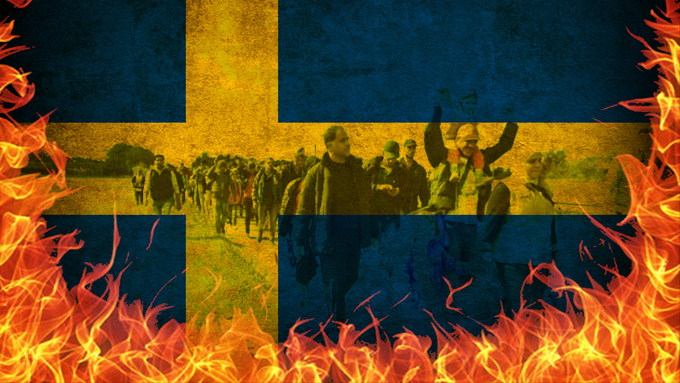 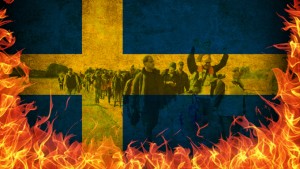 Editor’s Comment: We said it, even the politicians are now forced to recognize the reality, Sweden is going to collapse. Can’t say we didn’t told you so. Time to organize folks and turn this ship around! Our children will be the victims of this insanity.

A leading Swedish politician says the country is facing a refugee catastrophe, which will lead to the “country collapsing.” The bold claims were made by Foreign Minister Margot Wallstrom, who adds the EU needs to do more to take the strain off Stockholm.

The northern European country expects to accommodate around 190,000 by the turn of the year, but this is putting a strain on the country both economically and socially. Wallstrom says that Stockholm needs more help and intends to put pressure on European Union member states to take a greater share of the burden the continent is facing from the refugee crisis in the Middle East and Africa.

“I think most people feel that we cannot maintain a system where perhaps 190,000 people will arrive every year – in the long run, our system will collapse. And that welcome is not going to receive popular support,” said Wallstrom, who is also a member of the Social Democrat party.

However, not everyone in Europe is wanting to follow Sweden’s lead, while along with Germany, the Scandinavian nation is one of the most popular destinations for refugees, due to its generous benefits system.

“I have to admit that there have been moments recently of very great disappointment. I have heard statements from member states that have been completely astonishing and very discouraging,” the foreign minister added in an interview with Dagens Nyheter, which was cited by The Local.

Closer to home, Wallstrom has also highly critical of the far-right Sweden Democrats, who have been “creating fear and are becoming the trigger for attacks.” Sweden has been rocked by a number of arson attacks against refugee centers and the foreign minister says a worrying trend is being repeated.

“We also had fires when we received refugees from the Balkans. This is a pattern that is being repeated. The Sweden Democrats have a responsibility,” she said speaking to the Dagens Nyheter newspaper. Wallstrom was referring to the mass number of immigrants the Scandinavian country accepted following the break-up of the former Yugoslavia in the 1990s.

The foreign minister has called on the Sweden Democrats to condemn the crimes saying more must be done to try and stop the arson attacks. Wallstrom noted that Swedish Democrat activists in the university town of Lund had been spreading addresses of planned refugee sites.

Sweden experienced five arson attacks against refugee centers in the space of two weeks in October. All the buildings were apparently set on fire on the eve of opening their doors to migrants and refugees, who have come to Sweden from countries in the Middle East and North Africa devastated by domestic conflicts and outside interventions.

The Swedish authorities say that, in view of the suspected arsonists’ tactics, they are keeping secret the exact plans to welcome new groups of asylum seekers for fear of new attacks. However, so far the locations of some centers are apparently being discovered or leaked, with 14 suspected arson attacks on refugee centers in Sweden since the start of the year.

Meanwhile Swedish police say a man who killed two people at a school in Trollhattan, in the south of the country “was driven by racist motives.”

The 21 year-old went on a rampage on October 22 with a sword, before he was shot by police and died of his wounds in hospital.

“We are convinced that the assailant was driven by racist motives when he carried out the act,” he said. “We have reached this conclusion based on what we found when we searched his apartment and his behavior during the act, and also on the basis of how he selected his victims,” Police Chief Niclas Hallgren said on October 23.