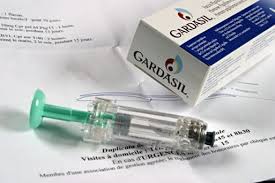 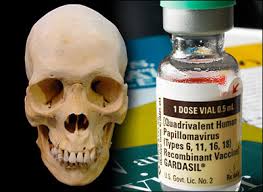 An article released by The Civil Beat on FEBRUARY 8, 2016 makes outrageous claims in order to justify Mandatory HPV Vaccinations. In this sickening article they claim that HPV vaccines are Safe, highly effective & been tested extensively for safety and efficacy. Nothing could be further from the truth but in big pharma’s mad push for mandatory vaccinations, nothing shocks me anymore. This type of one sided & completely fabricated nonsense will only intensify as they become more desperate & more delusional.

In this ridiculous article they state: Thanks to half-truths and outright lies circulated by the “anti-vax” movement largely online, poorly informed parents are too often unnecessarily fearful regarding potential side effects of vaccines. And there was plenty of evidence of exactly that in the public testimony offered last Tuesday, both verbally and in writing, against Senate Bill 2316. Read the mandatory HPV article here: http://www.civilbeat.com/2016/02/mandatory-hpv-vaccinations-can-help-save-hundreds-from-cancer/

These kinds of articles won’t give mention to all the damage that this toxic & potentially deadly vaccine has caused like, The sudden death of a 12-year-old girl in Waukesha, Wisconsin, just hours after receiving the HPV Gardasil vaccine has shocked the girl’s family. http://healthimpactnews.com/2014/gardasil-vaccine-one-more-girl-dead/ This from pubmed: We documented here the evidence of the potential of the HPV vaccine to trigger a life-disabling autoimmune condition. The increasing number of similar reports of post HPV vaccine-linked autoimmunity and the uncertainty of long-term clinical benefits of HPV vaccination are a matter of public health that warrants further rigorous inquiry. http://www.ncbi.nlm.nih.gov/pubmed/23902317

Judicial Watch reported on the dangerous & ineffective HPV vaccine, A controversial government-backed cervical cancer vaccine is ineffective, has deadly side effects and serves no other purpose than to generate profit for its manufacturer, according to a physician who worked at the major pharmaceutical company that’s made huge profits selling it to girls and young women. http://www.judicialwatch.org/blog/2014/04/merck-dr-exposes-gardasil-scandal-ineffective-deadly-profitable/

It marks the most disturbing inside information exposed about the vaccine, Gardasil, which is manufactured by pharmaceutical giant Merck. The vaccine was scandalously fast-tracked by the Food and Drug Administration (FDA) and has been ardently promoted by the Obama administration as a miracle shot that can prevent certain strains of cervical cancer caused by Human Papillomavirus (HPV).

Here is a fantastic link on the dangers of HPV vaccine, Narcolepsy & Cataplexy after Gardasil shot: http://sanevax.org/narcolepsy-cataplexy-gardasil/

Gardasil: A dangerous, contaminated and ineffective vaccine with a horrifyingly bad safety and efficacy profile.

Gardasil was long known to CDC, WHO, the US, Japanese and other governments and agencies as a dangerous, contaminated and ineffective vaccine with a horrifyingly bad safety and efficacy profile.

Freedom of Information Act requests by Dr. S. Lee of New Zealand brought a deluge of damning information showing that the dangers were intentionally obfuscated, denied and outright lied about to ensure that it would continue to be purchased and deployed despite what was known.

Mandatory vaccines are a marketing ploy when vaccines are so unsafe and ineffective that people fear and flee them.

Everyone in a Geneva Convention country (and there are 126) has the guaranteed right of Informed consent. Visit www.DrRimaTruthReports.com/AdvanceVaccineDirective to learn more.

The Supreme Court upheld the lower court which declared vaccines to be “unavoidably unsafe”. But they can be avoided by properly asserting your Informed Consent rights.