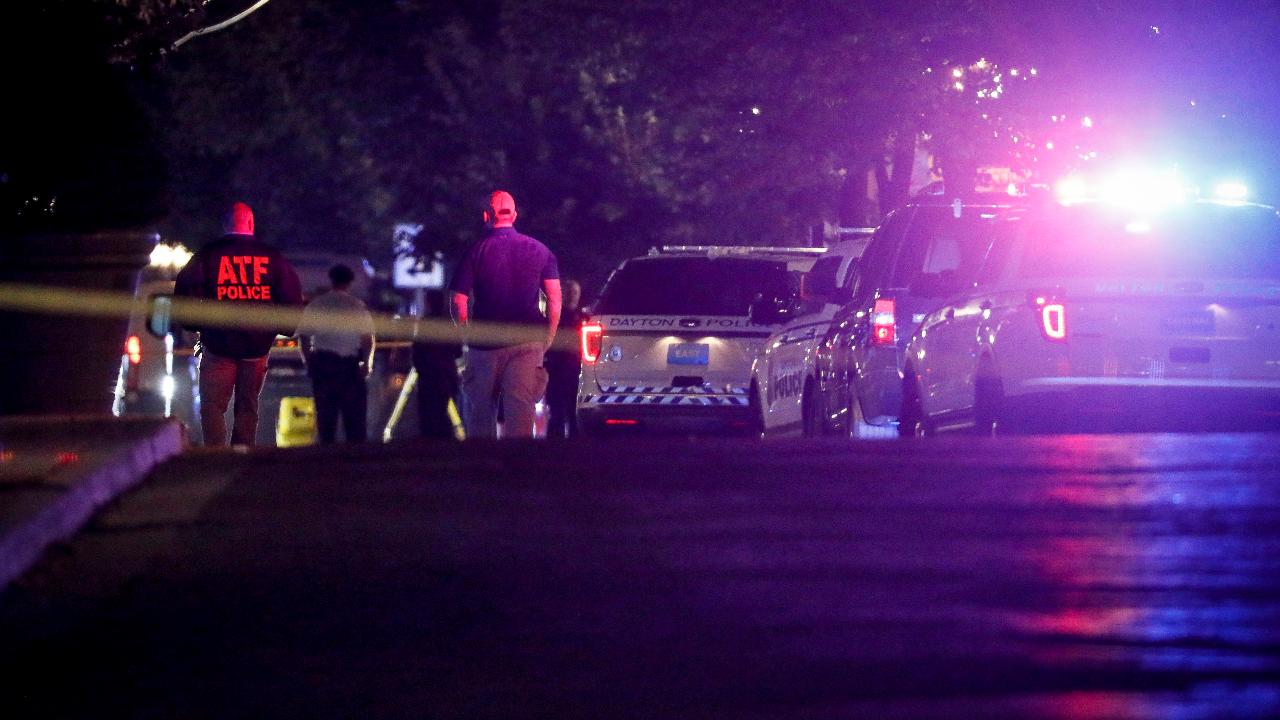 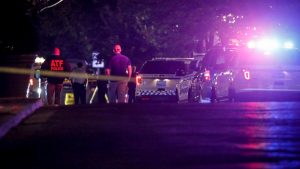 Ohio gunman had bulletproof vest, at least 100 rounds when he opened fire outside bar, police say

The gunman in the deadly rampage in Dayton, Ohio, was wearing a mask, bulletproof vest, earplugs and had at least 100 rounds when he opened fire outside a bar, killed nine, including his sister, and injuring more than two dozen, one in critical condition, police said Sunday.

Dayton police Chief Richard Biehl told reporters in a news conference on Sunday afternoon that the gunman, identified as 24-year-old Connor Betts, showed up to the city’s Oregon District around Fifth Street with his sister and a friend on Saturday night. He added the three separated at some point between when they arrived and when Betts opened fire, saying it is unknown what happened during that time.

The shooting came fewer than 24 hours after at least 20 people were killed at a Walmart in El Paso, Texas.

Police confirmed early Sunday that Betts’ 22-year-old sister Megan Betts, was among the nine killed. Biehl said Betts’ sister was not the first person killed, but among the initial victims. She was with a companion, who was injured, when she was shot.

He said investigators have had a chance to speak with the first, but did not disclose what was discussed, saying the investigation is ongoing.

Betts was killed by police less than a minute after he opened fire with a .223-caliber rifle in the streets of the Oregon District around 1 a.m. Sunday in the second U.S. mass shooting in less than 24 hours after <a data-cke-saved-href=”https://www.foxnews.com/us/el-paso-walmart-shooting-20-dead-26-injured-gov-greg-abbott-police-chief-greg-allen” href=”https://www.foxnews.com/us/el-paso-walmart-shooting-20-dead-26-injured-gov-greg-abbott-police-chief-greg-allen” target=”_blank”>at least 20 people were slain in El Paso, Texas</a>. (Dayton Police Department)

Biehl told reporters one sergeant and five officers fired at least one shot and have been placed on administrative leave, which is standard procedure. He said it is too soon in the investigation to determine a motive and would not disclose what evidence has been gathered.

“This is a heartbreaking tragedy,” Ohio Gov. Mike DeWine told reporters at a news conference Sunday afternoon. “It is the type of tragedy that you hope never comes to your state.”

DAYTON, OHIO, SHOOTING THAT LEFT 9 DEAD, 27 HURT HALTED ‘IN UNDER A MINUTE’ BY COPS WHO SHOT SUSPECT: MAYOR

Dayton Mayor Nan Whaley said the gunman was wearing body armor and had additional high-capacity magazines. The Oregon District was filled with “thousands” of people out on a weekend night at the time, according to Whaley. Officers were also stationed in the neighborhood and were able to halt the rampage less than a minute after it began, the mayor added.

“If Dayton police had not gotten to the shooter in under a minute — and figure that 26 injured, 9 dead — hundreds of people in the Oregon District could be dead today,” Whaley told reporters.

DeWine praised the fast response by law enforcement, saying it saved “many, many lives” and the assailant was “very close” to killing “dozens and dozens more people.”

“In this tragedy, we have to thank our first responders,” the governor said.

Officials said there will be a vigil at 8 p.m. on Sunday in the Oregon District to remember the victims of the shooting.

Evidence markers rest on the street at the scene of a mass shooting Sunday, Aug. 4, 2019, in Dayton, Ohio. (AP Photo/John Minchillo)

Whaley said at least 27 people were treated for injuries, and at least 15 of those have been released. Several more remain in serious or critical condition, local hospital officials said at a news conference Sunday.

Carper said the suspect was shot to death by responding officers.

This makes two deadly shootings within the past 24 hours, following a shooting in El Paso, Texas that left 20 dead, six injured.

“This is extremely unusual, obviously, for any community, let alone Dayton,” Carper told reporters. “In our Oregon District, this is unheard of.”

The Oregon District is a historic neighborhood that Carper described as “a safe part of downtown,” home to entertainment options, including bars, restaurants, and theaters. The shooting took place outside, on the 400-block of East 5th Street. All of the fatalities were reported outside, according to police.

Shoes are piled outside the scene of a mass shooting including Ned Peppers bar, Sunday, Aug. 4, 2019, in Dayton, Ohio.(AP Photo/John Minchillo)

Abandoned shoes were seen in the area of the shooting — left behind as panicking people fled. Police tape could be seen on Sunday morning near a pile of shoes outside the bar where the gunfire erupted.

Authorities descended on a neighborhood in Bellbrook, located about 16 miles south of the shooting scene, as they executed a search warrant in connection to the deadly shooting, WKEF/WRGT reported. Bellbrook Police Chief Doug Doherty told the television station the search was to “obtain information tied to the shooting in Dayton.”

President Trump has ordered flags at half-staff in remembrance of the victims of two mass shootings in less than a day, which killed at least 29 people. A proclamation released by the White House on Sunday said the nation shares “in the pain and suffering of all those who were injured in these two senseless attacks.”

Trump added in a tweet on Sunday afternoon, “Melania and I are praying for all those impacted by this unspeakable act of evil!”

The first attack Saturday at a shopping area in El Paso, Texas, killed at least 20 people. That was followed by another shooting in a nightlife district in Dayton, Ohio, which claimed

The Associated Press contributed to this report.

4 thoughts on “GLADIO: Look at how highly organized these false flag mass shooting have become”