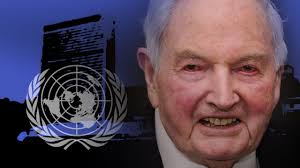 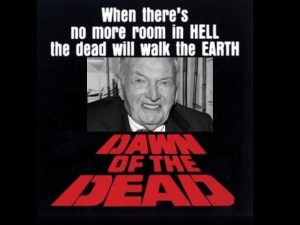 David Rockefeller, a globalist central banker who advocated a “New World Order” and mass population control while wielding vast influence over world leaders, died Monday at the age of 101.

Rockefeller was well-known for openly bragging about the transnational elite’s plans to centralize control over the world’s populations, wealth and resources.

“Some even believe we are part of a secret cabal working against the best interests of the United States characterizing my family and me as ‘internationalists’ and conspiring with others around the world to build a more integrated global political and economic structure – one world, if you will. If that’s the charge, I stand guilty, and I am proud of it,” he wrote in his book Memoirs.

Rockefeller also revealed the extent of corporate media collusion with this gameplan.

“We are grateful to the Washington Post, the New York Times, Time Magazine and other great publications whose directors have attended our meetings and respected their promises of discretion for almost forty years … It would have been impossible for us to develop our plan for the world if we had been subjected to the lights of publicity during those years,” he said at the 1991 Bilderberg meeting. “But, the world is more sophisticated and prepared to march towards a world government.”

“The supranational sovereignty of an intellectual elite and world bankers is surely preferable to the national autodetermination practiced in past centuries.”

Little of that has changed since 1991; currently, the media outlets Rockefeller mentioned all venomously oppose President Trump.

Even more, the New York Times showered Rockefeller with praise in its obituary:

His stature was greater than any corporate title might convey, however. His influence was felt in Washington and foreign capitals, in the corridors of New York City government, art museums, great universities and public schools.

Mr. Rockefeller could well be the last of an increasingly less visible family to have cut so imposing a figure on the world stage. As a peripatetic advocate of the economic interests of the United States and of his own bank, he was a force in global financial affairs and in his country’s foreign policy. He was received in foreign capitals with the honors accorded a chief of state.

But here’s a breakdown of Rockefeller’s agenda and how he was connected with other world elites with the same views:

And here’s a video of Rockefeller’s last moments surrounded by other elites (satire):