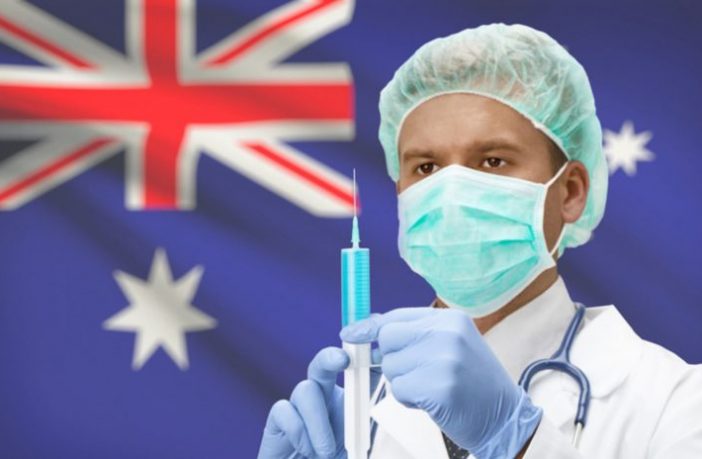 Just when you think things can’t get any worse than they are regarding the suppression of human rights, denial of personal dignities and the right to self-determination regarding one’s health, the Government of Australia has pulled off what it probably thinks is a “hat trick” upon its citizens.  It’s denying them their Creator-given and natural rights of securing life, liberty and the pursuit of safety and happiness by mandating no contradictory information can be stated by any member of the medical profession regarding the horrendous history of current vaccines and vaccinations, or they will lose their licenses!

That and other apparent totalitarian aspects and implementations of governance caught the attention of the United Nations Human Rights Council, which issued a report titled “Report of the Special Rapporteur on the situation of human rights defenders on his mission to Australia,” a 21-page document that can be read here.

The Conclusions of the Rapporteur’s Report are self-explanatory:

106. The Special Rapporteur concludes the report by putting forward the following recommendations.

107. The Australian Government is recommended to:

(a) Consider adopting a federal human rights act to constitutionally guarantee human rights with a clause of precedence over all other legislation.

(b) Review and revoke laws that unduly restrict the right to free and peaceful assembly.

(d) Scrutinize and condemn violations of the rights of defenders and raise awareness of their legitimate role in the protection and promotion of human rights.

(e) Ensure sufficient funding and legal assistance to CSOs and refrain from introducing measures that reduce, obstruct or unduly control the funding for civil society.

(g) Remove the ‘gagging clauses’ from all Federal and State funding partnership and funding agreements.

(h) Ensure prompt and impartial investigations into alleged threats and violence against defenders and trade unionists.

(i) Guarantee meaningful participation of defenders and civil society in government decision-making.

(j) Initiate a prompt and impartial inquiry into the attempts by public officials to intimidate and undermine the Australian Human Rights Commission.

(k) Ensure that future appointment of AHRC commissioners is made through public, transparent, merit-based appointment that are fully compliant with the Paris Principles.

(m) Ensure that environmental impact assessments are prepared in full transparency and with meaningful participation of affected communities prior to the approval of large-scale projects.

(n) Engage with investors and business enterprises to uphold their human rights responsibilities and sanction those companies associated with violations against defenders, both at home and abroad.

108. The Australian Human Rights Commission and other state-level human rights institutions are recommended to:

(a) Include, within the programme of work, specific activities on the protection and promotion of defenders.

(b) Compile and analyse data on the number of complaints received, cases monitored and recommendations adopted on the safety and security of defenders.

(c) Establish a focal point for defenders with decision-making power.

(d) At state levels, adopt and contribute to the preventive and protective measures for defenders, as well as develop means for their public recognition.

109. Business enterprises and other non-State actors are recommended to:

(c) Refrain from verbal attacks or legal intimidation against defenders and CSOs.

(d) Disclose information related to planned and on-going large-scale projects in a timely and accessible manner.

(f) Ensure that subcontractors respect the rights of indigenous peoples and affected communities and establish accountability mechanisms for grievances.

As a journalist, it is not my place to tell the people of Australia how to run their country, but it is within my purview to point out the problems involved, especially those that affect Australians’ ability to protect and maintain their health and wellness as being shackled upon them by the current Turnbull Administration regarding vaccines and vaccinations, which are a total medical sham currently being documented around the globe, but suppressed.

Furthermore, I cannot take a position one way or another regarding the above Report, only point to its existence and as a forewarning of what probably can be expected as government over-reach to be copied and implemented in other western culture countries regarding vaccines and vaccinations!

In Australia the Medical Board of Australia (MBA) has removed the autonomy of doctors and nurses to advise their patients on vaccination based on their experiences and knowledge of vaccines. This is being done by linking the promotion of government vaccination programs to their medical registration.

This is contrary to their own Good Practice Guidelines in medicine based on the Geneva Convention.  [….]

The MBA is currently investigating doctors, some with 40 years experience of clinical practice in using vaccines, based on allegations that “they are undermining a protective health program”.

Yet the MBA and the Australian Government did not provide evidence for the necessity to use 16 vaccines when they linked financial benefits to this intervention and removed conscientious and religious exemptions at the same time.

Dr. Wilyman’s Doctor of Philosophy degree was granted on the basis of her research titled” A critical analysis of the Australian government’s rationale for its vaccination policy,” which apparently literally has “pissed off” the vaccine/vaccination pushers and their cabal of Big Pharma and vaccine manufacturers—including their money and vested interest groups, lobby groups and rabid human rights deniers.

Has Australia inadvertently returned to its original intent as founded, a penal colony for the British?

New South Wales, a state in southeast Australia, was founded by the British as a penal colony in 1788. Over the next 80 years, more than 160,000 convicts were transported to Australia from England, Ireland, Scotland and Wales, in lieu of being given the death penalty. (Source)

3 thoughts on “Has The Australian Government Gone Stark-raving Mad?”