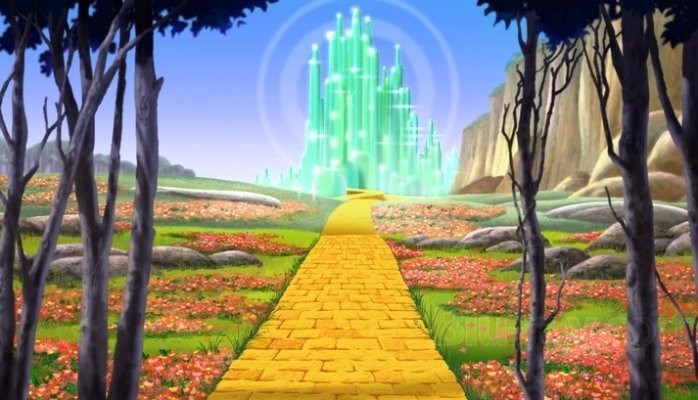 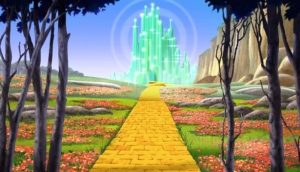 The process of awakening can be painfully emotional, because we shed away many of the constructs, beliefs and patterns that we had surrounded ourselves with and accumulated over the course of life experiences.

These constructs are not aligned with our true spiritual nature and do us more harm than good — but we were convinced otherwise.

We were absolutely sure we needed them to survive, to thrive and to feel good. We identified with them, as they deal with anything and everything in our lives.

Humans go through life with many false notions of the world and of themselves. They build up masks and believe the facades. It’s all a charade. It is all based upon illusions and deceit.

How do we break free of this mind control once and for all? Understand your senses and how they perceive information.

In the modern, knowledge-driven world, the advantage lies with those who can think critically and keep improving their knowledge.

Critical thinking helps individuals by developing analytical skills, so that they can evaluate the data given to them and interpret it in the most optimal way. This helps in making correct decisions quickly in crucial situations.

Effective critical thinkers remain curious about a wide range of topics and generally have broad interests.

They retain inquisitiveness about the world and about people, and because critical thinkers are curious by nature, opportunities to apply critical thinking skills are all around them every moment.

They are always alert for chances to apply their best thinking habits to any situation, as developing solid critical thinking skill prepares our us to face the complex problems that matter to the world head-on.

This year, we have already covered many complex such issues relating to the Brave New World Order and control structure, including:

As these challenges continue to change as the world changes around us, the best minds must come together and be prepared to think creatively and divergently to produce innovative and lasting solutions.

Critical thinking does all that and more. For those who have weathered the storm of the process of awakening can confront the future with confidence and pride.

What is it that makes it such an honoured skill set?

How can we structure critical thinking in a useful, applicable way?

Before continuing, consider checking out Thinking 101: a free, three-part series by John le Bon, which introduces and explores the thinking framework described as ‘objectivist logic‘.

In these videos, John addresses all-too-common logical fallacies such as the ‘non-sequitur’ and the ‘strawman argument’, along with introducing structures to enable true critical thinking.

The use of these arguments is a very common tactic in both online and offline debates, and those who employ these logical fallacies may not even be aware they are doing it.

As we have explored previously, we live in a world where the senses of every day individual have been manipulated through a mass dehumanization agenda; where the spirit of nihilism and the machine of consumerism have rewired the human brain to no longer observe objective reality.

Objectivism is a multi-faceted philosophy. The premise revolves around ‘looking out for yourself’, and it maintains that if done properly, and practiced by everyone, the entire world could be a better place.

Objectivism endorses several different ideals. The essentials are: reality, reason and self-interest. Objectivist logic maintains that all knowledge is ultimately based on perception. Percepts, not sensations, are the given, the self-evident.

The core of this philosophy is that unfettered self-interest is good and altruism is destructive. This, she believed, is the ultimate expression of human nature, the guiding principle by which one ought to live one’s life. In Capitalism: The Unknown Ideal, Rand put it this way:

“Collectivism is the tribal premise of primordial savages who, unable to conceive of individual rights, believed that the tribe is a supreme, omnipotent ruler, that it owns the lives of its members and may sacrifice them whenever it pleases.”

As we have explored in our feature pieces examining the extent of the social engineering agenda, it has been discovered that humans are easily controllable when programmed to revert back to tribal groupthink and collectivist mentality when conducting themselves in the world.

Objectivism resolves this contradiction by observing that humans are born as tabula rasa, a blank slate, and prosocial tendencies, particularly altruism, are “diseases” imposed on us by society — insidious lies that cause us to betray biological reality.

This is where the fight back against the control structure begins — from within. The first step to beginning this process is achieved by questioning fundamental beliefs that have been drilled into the mind since infancy about reality.

Let’s use objectivist logic to analyse one of these institutionalised claims. 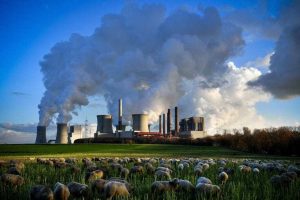 The sheep believe the words of their masters.

In the 1950s, M. King Hubbert convinced millions around the world with his “peak oil” theory that production would eventually collapse and exhaust our crude supplies, and since that moment, the clock has been running. And running. And it will continue to run for some time.

This is because fuel is not a finite resource, contrary to what is described in our school textbooks and mainstream media pieces, with evidence suggesting peak oil was a fraudulent theory all along.

BP has stated on multiple occasions that “the world is no longer at risk of running out of resources”, yet the end-of-days fear-mongering continues with each day.

“Thanks to investment into supercomputers, robotics and the use of chemicals to extract the maximum from available reservoirs, the accessible oil and gas reserves will almost double by 2050,” a recent article by Engineering and Technology said.

A BP official told the magazine that “energy resources are plentiful. Concerns over running out of oil and gas have disappeared.”

Things are so good, in fact, the article says “with the use of the innovative technologies, available fossil fuel resources could increase to 4.8 trillion barrels by 2050, which is almost twice as much as the projected global demand.”

Using objectivist logic: How big are these holes? How much land is there to be extracted? With billions of barrels being exported since over 50 years ago? Do you really believe that this resource is of finite quantity?

This information backs up the idea that Earth is actually an oil-producing machine. As Science magazine has reported, “data implies that hydrocarbons are produced chemically from carbon found in the Earth’s mantle.”

Nature magazine calls the product of this process an “unexpected bounty of natural gas and the building blocks of oil products”.

Despite these findings, millions continue to be fooled each year into paying increasingly expensive prices for a regenerative resource that is not finite in nature.

In addition, we call energy sources such as crude oil and natural gas ‘fossil fuels’ based on the assumption that they are the products of decaying organisms, maybe even dinosaurs themselves.

Not surprising, that when applying objectivist logic to the source of the narrative, we come to find that even dinosaurs themselves are a hoax.

THE TIME IS NOW!

Fossil Fuels is merely an example of a topic that we can apply critical thinking skills to when confronting and questioning the validity of any story.

This also means examining theories and propositions that have been drilled into our minds since we were children, including the existence of giant lizard creatures and fossils that convert to energy.

What really is the truth about certain topics? Does it really make align with what our senses believe?

Reason intertwines with intellect, and objectivism requires people to ‘activate’ their minds by understanding all the facts of the current situation and perform the required ‘next steps’.

Rand argues, “To follow reason is to reject emotions, faith, or any form of authoritarianism as guides in life.”

Moving forward on the website, we will be confronting many topics in greater depth that — like Fossil Fuels — have been programmed into our minds by society around us.

In the future, I hope all members of this website use this piece as a way to incorporate the following into their lives:

Follow reason, not whims or faith.
Work hard to achieve a life of purpose and productiveness.
Earn genuine self-esteem.
Pursue your own happiness as your highest moral aim.
Prosper by treating others as individuals, trading value for value.
Rand professes, “An individual who eagerly faces reality, who embraces his own rational mind as an absolute, and who makes his own life his highest moral purpose will demand his freedom. He will demand the freedom to think and speak … and to pursue his own happiness”.

The greatest good in the world is to be happy. If each individual is happy, then the overall state of the world improves. In a world full of fear-based propaganda on both sides of the coin, we must pull back the curtain to truly reveal the extent of what is really going on in this world and in our minds.

To this end, there is no greater moral goal than achieving happiness. But one cannot achieve happiness by wish or whim. It takes effort and a will to want to develop your mind.

Make no bones about it, awakening is not a walk in the park. It takes a certain individual to break free of the herd and shun away from mass collectivist programming. It is a ride through hell. It is the tearing down of all of your cherished beliefs and everything you thought about yourself.

It is a complete surrender, a process of brutal self honesty. It is a path of complete acceptance of the truth, no matter how difficult it is to bear.

Whether it is fossil fuels or dino-fraud, to the lie system and control structure around, it is time to continue forward to where very few have ventured before — Down the Yellow Brick Road.