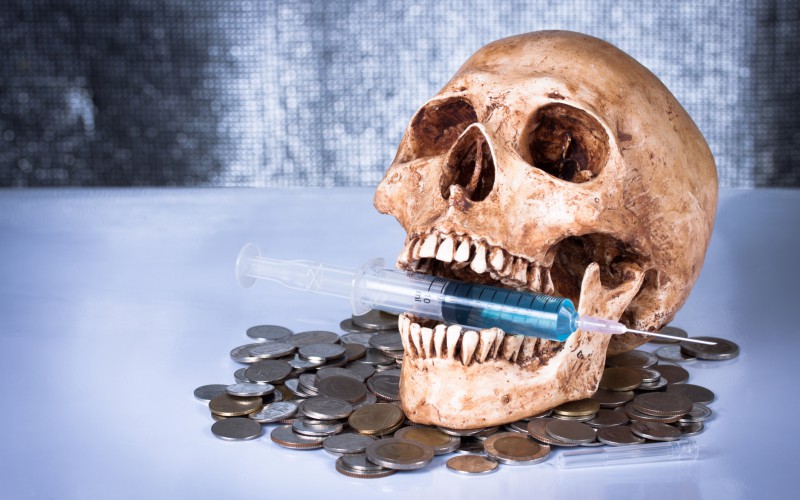 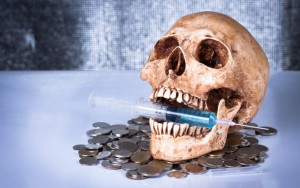 Permission is granted for redistribution if linked to original and AntiCorruption Society is acknowledged.

It is important to understand that whenever you cross the threshold into any health care facility (that accepts insurance, Medicare, or Medicaid) you will be subjected to treatment regimes known as Evidence Based Medicine.  Sounds reassuring, doesn’t it? Unfortunately like all corporate spin used today, the terms are intended to sound good and conceal the truth at the same time.

Retired heart surgeon Dr. Donald Miller, Jr. explained what Evidence Based Medicine is and how it has slithered its way into health care in America in an important article called Modern Medicine at the Crossroads that was published in The Journal of American Physicians and Surgeons in the Fall of 2015. Here are some important excerpts:

Over the last 50 years the federal government has become increasingly involved in medicine, functioning both as a third-party payer and patron of biomedical research and clinical trials. And starting 25 years ago, modern medicine has come to adopt a new type of probabilistic medical thinking named “evidence-based medicine.”

They [physicians] find the transformations in the medical marketplace wrought by an increasingly intrusive federal regulatory establishment to interfere with their exercise of independent professional judgment and limit their freedom to serve the best interests of their patients….

The “Patient Protection and Affordable Care Act,” (ACA), Public Law 111-148, decrees how medicine is now to be practiced in the United States. Ratified in 2010, ACA becomes fully operational in 2018 . . .

Its mandate is to: assist patients, clinicians, purchasers and policymakers in making informed health decisions by advancing the quality and relevance of evidence concerning the manner in which disease, disorders and other health conditions can effectively and appropriately be presented, diagnosed, treated, monitored and managed….

Proponents . . . say it will help government experts to develop evidence-based guidelines and best practices for delivery of appropriate, cost-effective care.

“Scientifically informed” guidelines play an important role in modern medicine. Soon viewed as practice requirements, they become the standard of care, and as such, assume medico-legal significance. Doctors who choose not to follow the guidelines risk financial retribution and malpractice exposure. Although “evidence-based” and judged “established science,” a number of them still have been shown to be wrong.

Doctors in academic medical centers write practice guidelines. They base them on clinical trials that randomize populations of patients with a given condition into treatment and placebo groups and choose treatments that are statistically shown to work best. According to the tenets of evidence-based medicine (EBM), epidemiological and biostatistical ways of thinking provide what its proponents consider “best evidence.” EBM downgrades traditional forms of medical evidence, notably a doctor’s clinical experience and understanding of pathophysiological mechanisms of disease, both unquantifiable.

Evidence-based medicine applies the principles of epidemiology to individual patient care, basing that care on statistical trials. Probing EBM, co-author Clifford Miller and I conclude, “EBM has failed in the real world of medicine, in terms of its use in making medical decisions and in proving causality.

State-sanctioned paradigms in the biomedical sciences that have gained the status of dogma and are not to be questioned include:

a) cholesterol and saturated fats cause coronary artery disease

b) mutations in genes cause cancer

d) vaccines are safe and effective

In the real-world of medical decision-making, each of these dogmas deserve scrutiny. The government-controlled peer review grant system is a key tool for protecting paradigms like these. Researchers questioning them will not get funded.

If one takes a closer look at those “clinical trials” – that are the foundation of Evidence Based Medicine – it becomes apparent that they represent the problem and not the solution, when it comes to successfully treating disease.

According to AllTrials (an international campaign launched in 2013) the results of around half of all clinical trials have never been reported. This leads to bad treatment decisions, [bad ‘standards of care’], missed opportunities for good medicine, and trials being repeated.

Common sense and mathematical analysis tells us that if half of all clinical trial results are dumped and Evidence Based Medicine is based on the remaining cherry picked results, no evidence of any treatment modality is reliable.

The picture looks even worse when you add to the mix:

When more than half of clinical trial results are kept hidden and most of the ones that are released are false, the only conclusion that makes sense is that both “evidence based medicine” and the resultant establishment of “standards of care” are fraudulent.

We’re on our own folks! Do your best to stay well and avoid health care facilities that accept insurance, Medicare and Medicaid. Locate a homeopath or a naturopath or revisit Mother’s remedies.