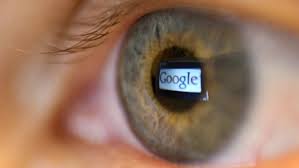 MANY charges have been levelled at Google. It steals your information, violates copyright, allows access to dangerous and illegal material and prioritises its own sites while crushing any competition. But perhaps

the most troubling accusation about the search giant is that it distorts our view of the world, giving us a fatally flawed idea of what is going on around us.

This problem is known as the “filter bubble”: as Google learns from your searches and makes its results increasingly personalised and tailored to you, you stop seeing anything else.

On the one hand, that helps you to get exactly the results you are looking for, but on the downside, you stop encountering the ways other people see and interact with the world.

The phrase was invented by Eli Pariser in 2011, but as the internet becomes ever more customisable, the risks posed by the filter bubble become more pervasive.

In the same way, your Facebook news feed is programmed to show the posts you “care about”, so articles containing conflicting opinions and perspectives melt away, along with friends with different lives.

If you’re lazy about catching up on political or world news, you could quickly become entirely ignorant of it.