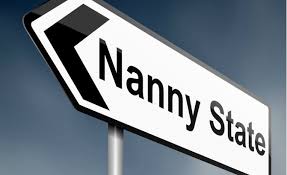 “I once worked for a corporation. I quit. I wondered whether I could do the same thing to the government. It was like trying to balance a greased watermelon on one finger.” (The Underground, Jon Rappoport)

There are various ways to calculate how government owns people. The simplest is: through money.

Aside from taxes, this would translate into government jobs and welfare.

People who receive some or all of their income through their rulers tend to be on the side of government. They’re certainly dependent on government.

Look at Australia, a nation with a population of 23.1 million people.

As reported by Peter Whiteford, in “FactCheck: Is half to two-thirds of the Australian population receiving a government benefit?”, at theconversation.com, about 50% of all Australian households receive some form of government $$ assistance.

I haven’t found figures for how many Australian companies are government contractors, but you can be sure the number and the money are large. All those employees are receiving government money.

Then there are numerous “state-owned enterprises,” which are companies wholly owned by government. Their employees are ultimately getting their paychecks via government $$.

You can analyze other industrialized nations and find similar conditions.

But of course, no one who favors “the collective good” sees all this as a problem. The problem for them, as always, is not enough “government support.”

Because for them, government is the answer and the ultimate benefactor and the primary force inventing the future. All hail.

Half a century ago, intellectuals who had a clue about what was going on called government The State. They viewed it as a monolithic force bent on expanding its power and subjugating the individual. Now, many of those same people, or their descendants, view government as the escape hatch from injustice.

This delusion is bolstered by the multiplication of victim groups seeking special treatment from their political leaders.

We would be wise to consider Albert Camus’ statement in his 1951 essay, The Rebel:

“The slave begins by demanding justice and ends by wanting to wear a crown. He must dominate in his turn.”

Starting in the 1960s, several generations of people began applying New Age “rainbow thoughts” to politics. By the 1990s, this practice spread to the point where its advocates actually believed The State could and would deliver a far better world.

In a detailed November 2013 article (indepebdentaustralia.net), “The surveillance state: How Australia spies on its own,” Murray Hunter writes, “The revelations released by Edward Snowden… are only the tip of the iceberg when it comes to Australian security surveillance operations…Through rapid technology advances, the Australian security apparatus has grown to an Orwellian scale.”

Author Hunter then describes the system: “The Australian Government database is a highly sophisticated group of electronic document and records management system(s) (EDRMS) for collating, storing, and matching data between various agencies and levels of government on citizens. Consequently data collected by the Australian Taxation Office (ATO), social security (Centrelink), Medicare, immigration, customs, and police enforcement agencies are integrated with relational databases and query systems. This is supplemented by individual agency databases with extremely detailed information on citizens. They carry an almost complete personal history of residential details going back decades, income, occupation, spouses, children, social security benefits, medical, and travel information, etc. These systems can be accessed by almost anybody within the public service. Every agency within the government has become part of the intelligence collection network.”

This gargantuan apparatus is the work of a government that “really cares” about the population?

“You people work for us. You take home a paycheck from us (derived from your taxes). You depend on us. But that’s not enough. We need to spy on you all day every day.”

One thought on “How government owns people: Australia”