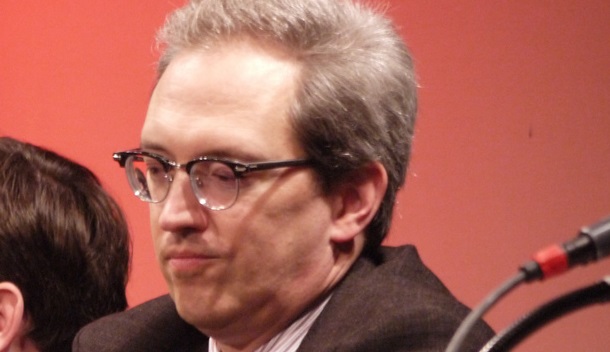 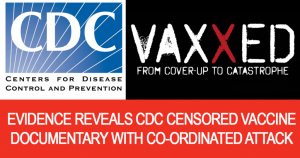 The censorship of the movie Vaxxed highlights extraordinary and dangerous trends in our modern world. For starters, it shows an absolute unwillingness to discuss an alternative view that’s been legitimized countless times. It also shows that our society is comfortably squeezing into a fascist regime’s snuggie. The way our rights are being decimated, one could say that we are constructing our own prisons.

Behind every Fascist or dictatorship movement in history, there have always been organized groups helping to incite fear and push policies. No one man does it on his own; it just seems as though one man controls it in the end. The anti-vaccination or vaccine skeptics movement has highlighted a central organization which works tirelessly to strip us of our fundamental rights. They go by IAC listserv. And if you have yet to hear of them, you should know they are one of the most dangerous mob organizations in the world. IAC listserv is a group of nearly 100 wealthy individuals and government-sponsored scientific groups who can organize within a moment’s notice. How fast, you ask? Take the case of the movie Vaxxed being accepted into the TribBeca Film Festival.

Within half an hour of Robert De Niro’s Tribeca film festival posting on Facebook that it had scheduled an April viewing of Vaxxed, the highly controversial anti-vaccine documentary, a well-oiled network of scientists, autism experts, vaccine advocacy groups, film-makers and sponsors cranked into gear to oppose it.

At the center of the network was a listserv group email list of more than 100 prominent individuals and science research bodies run out of the Immunization Action Coalition (IAC) based in St Paul, Minnesota. The listserv acts as an early warning system that sounds the alarm whenever the potent conspiracy theory that autism can be caused by vaccination surfaces.

Through the listserv, conference calls were quickly organized among top scientists across the country to discuss how to respond to the news that what was seen as a scurrilous and misleading film was to be given a high-profile airing. Leading figures in the documentary world were also enlisted to add their objections to the showing of Vaxxed, the film directed by the disgraced former British doctor Andrew Wakefield, who was struck off from medical practice in 2010 for serious professional misconduct.

Having learned lessons the hard way in the past, this time the scientific community was ready for the fight. “Four or five years ago we weren’t as well organized and people didn’t realize the importance of responding quickly and strongly,” said Alison Singer, the president of the Autism Science Foundation and a member of the IAC listserv.

“Today, we know that we have to respond to every incident however large or small, because if you leave any of these discredited theories unchallenged, it allows people to think that there’s something still to be discussed,” she said.

Alison Singer’s quote is terrifying, but it remains our current reality. She’s part of an elite group which acts with urgency and immediacy whenever opinions which don’t match her and her cohort’s arises. This is the very definition of life that people in North Korea live with. The baffling part is that people such as Singer are publicly emphatic regarding their own participation in fascist activity. What’s terrifying is that they are highly successful. Vaxxed was removed from TriBeca, as we well know. It was also removed from a Houston film festival recently as well.

TriBeca’s founders aren’t exactly proletariats. Robert De Niro and Jane Rosenthal are a wealthy elite. But listserv’s awareness of the grounds they fight on and their composition of elite groups make them a Mike Tyson upper-cut. They can just knock you out in less than a day’s worth of time once they find out that one of their opinions are being countered. They are a special interest group which targets the common people who seek to learn the truth.

Listserv might attempt to hide under the guise that it is a group of rival opinions, but instead, it is the CDC and pharmaceutical companies. There is not even a sprinkle of advocacy. They are the Immunization Action Coalition, a group that is composed of pharma and CDC personnel and initiatives. It’s advocacy fraud.

Standing at the front of the herd of fascist we should be concerned with is Dr. David Gorski. Gorski (blogger alias “Orac”) has bragged publicly about the role he played in having the TriBeca lights turned off for Vaxxed.

“How on earth did this documentary full of antivaccine lies … get into Tribeca?” – David “Orac” Gorski, pseudoscience debunker (LA Times)

“The beauty of it is that I played a major role in bringing the story to public consciousness, followed the story as it evolved, and now can provide a fairly complete recounting.” This is an entire post where Gorski pats himself on the back for leading us closer to losing freedom of speech.

Well, it so happens Sanofi-Aventis – the world’s largest vaccine maker – is involved in several partnerships under which the company may be required to pay a total of €31 million ($39 million USD) from 2008 to 2013. Gorski’s employer, Wayne State University, is one of the partners, and he is conducting a clinical trial of one of the company’s drugs. Therefore, like Offit (who concealed the millions he received in Merck royalty payments because Merck paid the royalties to a third party, not Offit directly) Gorski has a reasonable expectation to receive money from a vaccine maker, even if it is through a third party. A look at the summary description of the Gorski Lab reveals that his research focus is drug discovery and development. However, he is not developing a new drug, but rather, developing new uses for an existing one. Such a process is far more profitable to the drug manufacturer as it eliminates the costs of developing a new substance from scratch, thereby maximizing profits for the company.

The system is being pressured to refute opinions it does not agree with. Legislation is being passed to support this suppression. This isn’t even about vaccines anymore; it is about freedom of speech and parental choice and basic human rights. Our society is asleep at the wheel, occupied with gossip rags and political correctness; all the while it inches closer to complete subjugation.

7 thoughts on “How This Vaccine Advocacy Group Works”