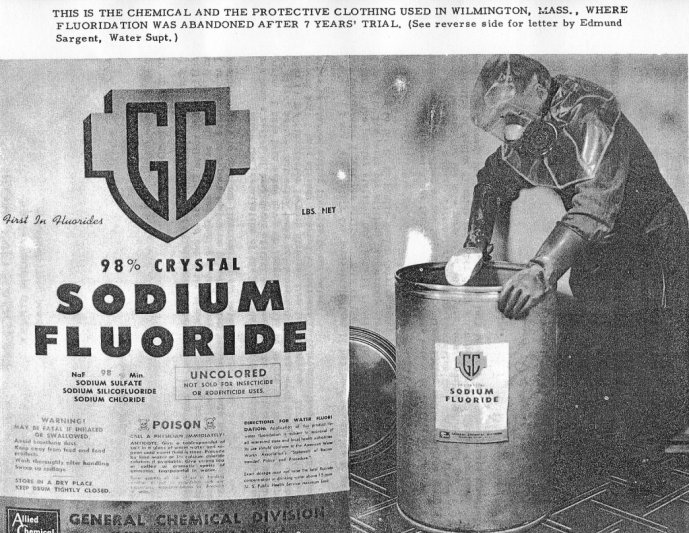 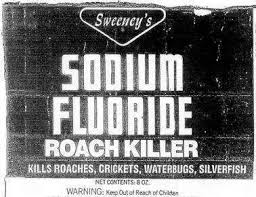 Griffiths also told me that researchers who study the effects of fluorides by homing in on communities with fluoridated drinking water, versus communities with unfluoridated water, miss a major point: fluorides are everywhere—they are used throughout the pharmaceutical industry in the manufacture of drugs, and also in many other industries (e.g., aluminum, pesticide)

Griffiths discovered hundreds of documents from the World War 2 era. These included papers from the Manhattan Project, which was launched to build the first A-bomb.

So A-bomb scientists were told they had to do studies which would conclude that fluorides were safe.

But any records of the results of this approved project are missing. Most likely classified.

More on Hodge. In 1944, “a severe pollution incident” occurred in New Jersey, near the Du Pont plant in Deepwater where the company was trying to build the first A-bomb. A fluoride incident. Farmers’ peach and tomato crops were destroyed. Horses and cows became crippled. Some cows had to graze on their bellies. Tomato crops (normally sold to the Campbell company for soups) were contaminated with fluorides.

In the film, Dr. Strangelove, Brigadier General Jack D. Ripper rails about the destruction fluorides are wreaking on the “pure blood of pure Americans.” Of course, this character is fleshed out as some kind of far-right-wing fanatic. How odd that he and other military men in the movie are, in fact, ready and willing to start a nuclear war. Odd because, unknown to the Strangelove script writer, fluorides were, in fact, very toxic and were an integral part of the very program that created atomic bombs.