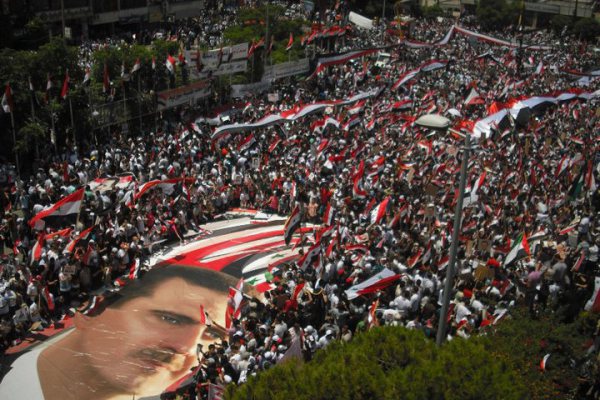 Syria’s President Bashar al-Assad has dropped the following bombshell in a new interview with RT, where he well and truly drops the hammer on recent Western foreign policy decisions:

“It’s not about that Europe didn’t accept them or embrace them as refugees, it’s about not dealing with the cause. If you are worried about them, stop supporting terrorists. That’s what we think regarding the crisis. This is the core of the whole issue of refugees.”

“If we ask any Syrian today about what they want, the first thing they would say – ‘We want security and safety for every person and every family’.“

“If you want to implement anything real, it’s impossible to do anything while you have people being killed, bloodletting hasn’t stopped, people feel insecure.“

“I’d like to use our meeting today to address all parties in a call to unite in the struggle against terrorism. Only through dialogue and the political process can we reach political goals, that the Syrians should set for themselves.”