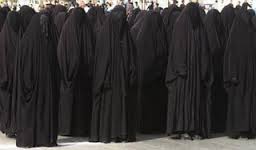 According to U.S. Census Data, the United States admits roughly 100,000 Muslim immigrants legally each year, representing the fastest growing block of immigration into the United States. Tennessee, in fact, is home to one of the fastest growing immigrant populations in the country, causing the President to give a recent speech there in favor of expansive immigration. The Mayor of Nashville has launched a New American Advisory Council to help facilitate the legally-sanctioned transition from the previous inhabitants of Nashville to the new ones.

Both of Tennessee’s Senators, Sen. Lamar Alexander (R-TN) 24% and Sen. Bob Corker (R-TN) 51%, helped pass the Senate’s Gang of Eight bill which would have tripled the number of green cards issued over the next ten years.

Pew Research has estimated that immigration will cause the population of U.S. Muslims to more than double over the next two decades—from 2.6 million in 2010 to 6.2 million in 2030. This demographic change is entirely the product of legal admissions–that is, it is a formal policy of the federal government adopted by Congress.

Another major source of Middle Eastern immigration into the United States is done through our nation’s refugee program. Every year the United Stated admits 70,000 asylees and refugees. Arabic is the most common language spoken by refugees, and 91.4 percent of refugees from the Middle East are on food stamps.

The importation of Middle Eastern immigrants through the nation’s refugee program has led to the development of pockets of radicalized communities throughout the United States.

Minnesota, for instance, which has the largest Somali population in the country, has struggled to stem terror recruiting. The Minneapolis Star Tribune recently reported that six men from Minnesota were arrested and charged attempting to fight alongside ISIS. During the last two years alone, more than 20 Somali-Americans from Minnesota have left the U.S. to fight alongside terrorists under the banner of ISIL.

One thought on “Immigration to Swell U.S. Muslim Population to 6.2 Million”