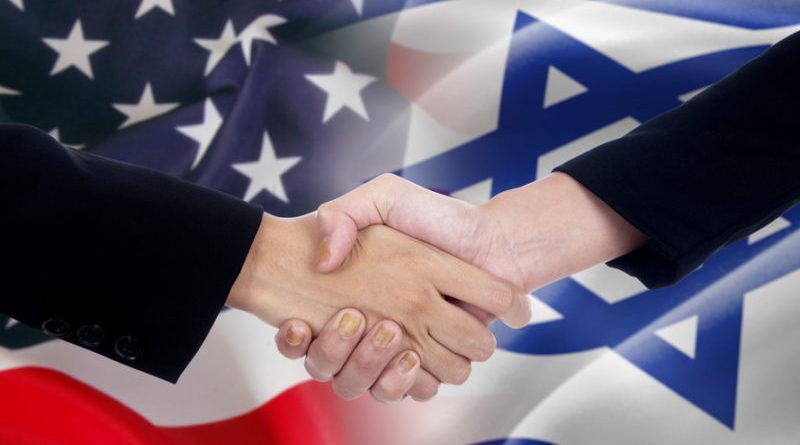 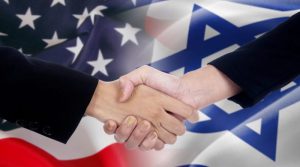 Billions of US taxpayers’ dollars will continue to be funnelled into Israel in the next fiscal year, and for many years in the foreseeable future. Republican and Democratic Senators have recently ensured just that, passing a Bill aimed at providing Israel with $3.3 billion in aid every year.

The Bill, co-sponsored by Democratic Senator Chris Coons and Republican Senator Marco Rubio, was passed on 9 January, only one day after Iran struck US positions in Iraq. Enthusiasm to push the Bill forward was meant to be an assurance to Tel Aviv from Washington that the US is committed to Israel’s security and military superiority in the Middle East.

Despite a palpable sense of war fatigue among all Americans, regardless of their political leaning, their country continues to sink deeper into Middle East conflicts simply because it is unable – or perhaps unwilling — to challenge Israel’s benefactors across the US government. “What’s good for Israel is good for America” continues to be the supreme maxim within Washington’s political elites, despite the fact that such irrational thinking has wrought disasters on the Middle East as a whole, and is finally forcing a hasty and humiliating American retreat.

The latest aid package to Israel will officially put into law a “Memorandum of Understanding” that was reachedbetween the right-wing government of Israeli Prime Minister Benjamin Netanyahu and the Barack Obama administration in 2016. At the time, Obama had offered Israel the largest military aid package in US history.

Senator Rubio explained the passing of the recent Bill in terms of the “unprecedented threats” that are supposedly faced by Israel. Coons, meanwhile, said that “the events of the past few days [the US-Iran escalation], were a stark reminder of the importance of US assistance to Israel’s security.”

What is particularly odd about Coons’ statement is the fact that it was not Israel, but US positions in Iraq that were struck by Iranian missiles, and that they were fired in response to the killing of Iranian military commander Qassem Soleimani.

Yet, the American taxpayers’ funding of Israel’s military adventures continues unabated, despite the rapidly changing political reality in the Middle East, and the shifting US role in the region. This confirms further that the blind US support of Israel is not motivated by a centralised, distinctly American, strategy that aims to serve US interests. Instead, the unconditional – and, often, self-defeating — US government funding of the Israeli war machine is linked largely to domestic American politics and, indeed, the unparalleled power wielded by the pro-Israel lobby in the United States.

According to the public policy research institute of the United States Congress, the Congressional Research Centre (CRS), between 1946 and 2019 (including the requested funds for 2020) US aid to Israel has exceeded $142 billion. Most of this immense sum of money — over $101 billion — went directly to the Israeli military budget, while over $34 billion and $7 billion went to Israel in terms of economic aid and missile defence funding respectively.

It is becoming increasingly obvious that the US no longer possesses a well-defined and centralised strategy in the Middle East; President Donald Trump changes American priorities from one speech or tweet to the next. However, the one consistent key phrase in whatever political agenda happens to be championed by Washington in the region at any particular time is: “Israel’s security”.

This precarious term seems to be linked to every American action pertaining to the Middle East, as it has for decades under every American administration, without exception. Wars have been launched or funded in the name of Israel’s security; human rights have been violated on a massive scale; the five-decade — and counting — military occupation of Palestine, the protracted siege of the impoverished Gaza Strip and much more, have all been carried out, defended and sustained in the name of Israel’s security.

US aid to Israel — the occupying state — continues, while all American aid to the Palestinians — the people under Israeli occupation — has been cut off, including the $300 million annual donation to the UN Agency responsible for the welfare of Palestinian refugees, UNRWA. The Agency has provided education, healthcare and shelter for millions of refugees since 1949, but is now, bizarrely, seen by both Israel and the US as “an obstacle to peace”.

Inexplicably, Israel receives roughly “one-third of the American foreign-aid budget, even though (it) comprises just .001 percent of the world’s population and already has one of the world’s higher per capita incomes,” wrote Professor Stephen Zunes in the Washington Report on Middle East Affairs.

This massive budget includes much more than the $3.3 billion of annual funding, but the other amounts and perks rarely make headlines. Anywhere between $500 million to $800 million is given to Israel every year as part of a missile defence package; an additional $1 billion benefits Israel in the form of tax-deductible donations, while $500 billion is invested in Israeli bonds.

Since 1982, Israel has been receiving US aid as a lump sum, as opposed to scheduled payments, as happens with other countries. To fulfil its self-imposed obligations to Israel, the US government borrows the money, and is thus left to pay interest on the loans. “Israel even lends some of this money back through US treasury bills and collects the additional interest,” Zunes explained.

US relations with Israel are not governed by the kind of political wisdom that is predicated on mutual benefit. But they are not entirely irrational either, as the American ruling classes have aligned their interests, their perception of the Middle East and their country’s role in that region with that of Israel, thanks to years of media and official indoctrination.

Despite the fact that the US is retreating from the region, lacking strategy and future vision, lawmakers in Washington are congratulating themselves on passing yet another generous aid package to Israel. They feel proud of their great feat because, in their confused thinking, a ‘secured’ Israel is the only guarantor of US dominance in the Middle East. That is a theory that has been proven false, time and time again.

One thought on “In the Name of ‘Israel’s Security’, Retreating US Gives it Billions More in Military Aid”