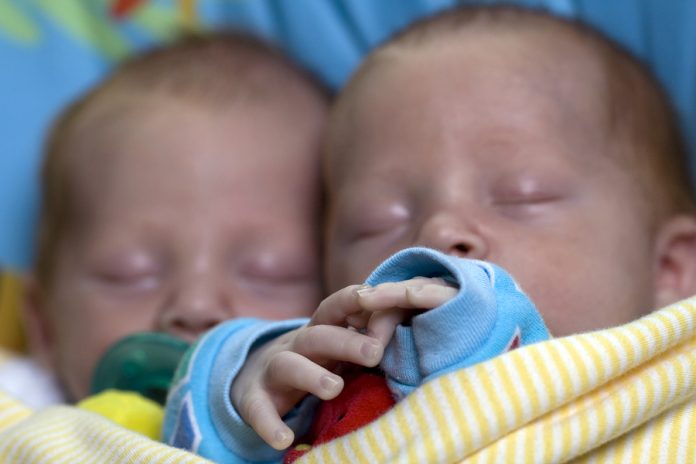 Given that the sudden and simultaneous deaths of twins rarely occur, you would think- especially given the fact that they had been recently vaccinated– that it would receive quite a bit of attention. However, this story went largely unreported. (In order for twins to meet the criteria for simultaneous SIDS both babies must have died independently and within the same 24 hour time period.)

PubMed reports that identical twin girls, aged 3.5-months and delivered via c-section, were found dead (by their poor momma) in their crib, both laying face up. Not surprisingly, both babies were healthy will no serious medical history. Two days before their death, both of the girls had received their second dose of oral polio, DPT, and their first dose of hepatitis Bvaccines. They had a fever the day after the vaccines and were given a teaspoon of acetaminophen.

All that and yet, “the death scene investigation, judicial investigation, parental assessment, macroscopic and microscopic autopsy findings and the toxicological analysis didn’t yield any specific cause of death.” Because the case was so rare it was referred to a board of multidisciplinary medical professionals at the Institute of Forensic Medicine, in the Ministry of Justice, in Istanbul. And yet, the Board still decided that the data they had was consistent with SIDS.

(Let this sink in: a medical journal is reporting that twins, who were recently vaccinated, both died but it’s nothing more than the luck of the draw. Unexplainable. That makes about as much sense as pediatricians who claim some kids “just get fevers all the time.”)