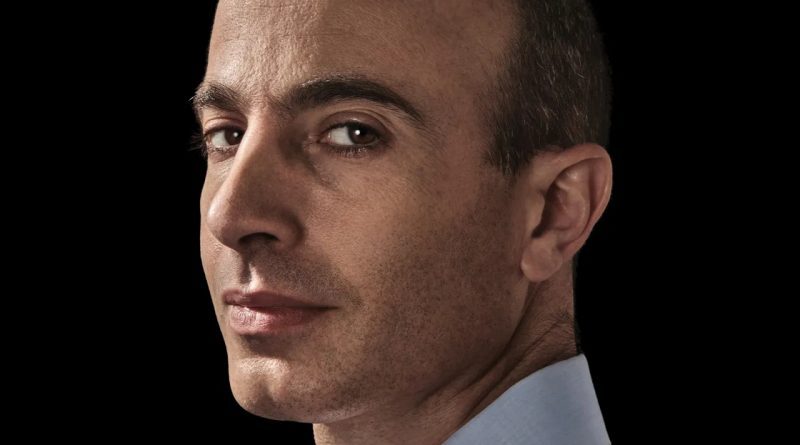 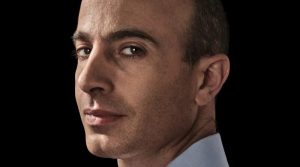 Noah Harari is an entity who does not need any presentation at this point since here at Renegade Tribune we have pretty much exposed him through a number of posts. However after watching the video below I thought it was a good idea to take even a closer look inside the mind of this insane homosexual jew in order to get the whole picture regarding his “philosophy” (for lack of a better term); I’d rather say his insane jewish mindset, that would be much more accurate.

The 34:05 minute video below was produced by MrE whose channel goes now by the name of ApocalypseWatchman by MrE on BitChute. Personally I am not very impressed by this guy, as he is into all the non-less crazy Christian eschatological stuff up to his neck, so you have been warned. I have been watching MrE’s videos since he started with the transvestigation thing on YouTube a few years ago (I seriously doubt his videos on that subject are still to be found there though). Regardless, he claims to have read Yuval’s first book which he roughly dissects in this particular video.

Since I do not think anyone here is going to have the stomach to read any of Yuval’s books, I think it is better to just get a quick overview, even if it is via MrE himself. One thing is for sure; after watching the video we can safely conclude that Yuval is the Magnus Hirschfeld of this new global Weimar era. To me there is no doubt about it. He’s just another crazy homosexual jew who hates women (he wants to do away with them in fact) and wants a technoapocalyptic world totally dominated by homos like him, so their lifestyle can become the “new normal”. Same template, same kinds of jewish characters, same objectives. 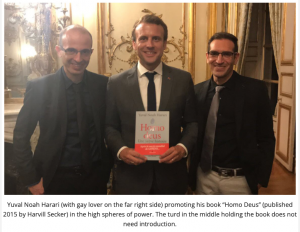 Topics in the video include: Human beings are hackable animals, ‘Sapiens, a brief history of human kind’ book, narratives are in place to control society, timeline of history (according to Yuval), the six different species of “homos” (Homo Deus), in the future there will be more than one species of homo-human, ‘Sapiens’ book in comic format, “Human: an animal of no significance”, collective myths as “fictions”, deceiving the masses with lies, Transhumanist Babylon, “deception is the key to survival”, transcending homo sapiens to become just “homo”, liberty is something that people invented and is completely fictional, The Prison Walls, The Imagined Order, the culture of Covid, the end of Homo Sapiens, getting freed of gender barriers, castration as biological engineering, eunuchs, manufacturing body parts, bio-dictatorships, the medical police, bionic life, sex with new species of homo-cyborgs, male and female become “irrelevant”, brain back-up, androgynes, The Singularity, The Gilgamesh Project…