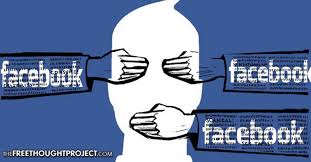 Or, Are The “Skeptics” Manipulating Easily Tricked FaceBook Algorithms and Staff?

It Is Time We Did Something…

Everyone I know is complaining about FaceBook.  It simply is NOT the same FaceBook we all knew and loved.  It is NOT friendly any more.  It is like living next to a bad neighbor that always, and in every way, finds fault.

The Anti-Vaxxer Community is HUGE, and it is spread all across Social Media.  It makes up a very large portion of FaceBook society.  There are so many separate groups discussing details of the dangers of vaccines, and the policies therein, it is mind-boggling.

So, why, we have to ask, would FaceBook be so dumb as to mess with that situation?  Good question.  But, they do.

Very possibly.  We do know, for instance, that Wikipedia’s Health Care offering is a total loss – that it is COMPLETELY controlled by the ten-million-dollar-per-year-in-funding “skeptic” bag-of-losers menagerie.  So, why wouldn’t they make a try for control of FaceBook?

Confidential sources tell me that, in fact, the “skeptics” ARE in the process of attempting to control FaceBook – and their “Plan of Action,” manipulating the FaceBook algorithm,  has been described to me.  I am told that those same “skeptics” have acquired the services of two HIGH LEVEL FaceBook engineers to help them with their nefarious plans.  I have been shown proof of that.  Anti-Vaxxers are paying attention.

Yes, we all know there is a “liberal bent” to those working in Social Media.  We also know that liberals, as a unit, DO NOT believe in the US First Amendment.  They believe that Free Speech ONLY applies to them, used in a setting that ONLY THEY approve of – and to them that First amendment NEVER applies to anyone that disagrees with them.  Look at Berkeley – the so-called “Liberal Bastion of Free Speech.”

Project Veritas, recently, released a blockbuster video DOCUMENTING the bragging of Twitter employees detailing the exact mechanisms they use to block Conservative messaging on Twitter – also claiming that FaceBook and Google were far better at blocking those Conservatives.

In the video below, titled:

You will find Social Media engineers at Twitter bragging about how they control online content.  As Project Veritas’s James O’Keefe says of Twitter in the video…

“Its culture behind closed doors is one of blatant censorship, systematic bias, and political targeting.  While many suspected this was the case, today we present the proof, out of their own Twitter mouths…”

There are training sessions on how to do exactly that…

Although the so-called “Amazing Meetings” organized by the Skeptics have been shut down for a few years now, I suspect that the “Training Sessions” for control of the internet processes have been moved elsewhere.

In an earlier expose article of the skeptics I wrote:

The event program shows that the meeting has three purposes:  (1)  recruiting new soldiers,  (2)  training the underlings to function on the internet, and (3)  establishing authoritarian roles.

Who does the event attract?  Well, listen, perhaps once again, to the audio tape, just below, of James Randi soliciting sex from a young boy, and all will be revealed to you.

Certainly it gives a new, unwanted mind-picture of the phrase“What happens in Vegas stays in Vegas.”  Kind of makes you want to know how strong a soap they use to wash the sheets in the hotel rooms after these entities slide back into the underground.

But I will be blunt.  This whole “skeptic” (pseudo-skeptic) thing is a bought and paid for misinformation campaign making use of society’s dregs.  The two largest “skeptic” groups combine a top-secret anonymous income (IRS 990 Schedule B) of over ten million dollars a year to maintain what they do.  And, it is not hard, once you examine their actual output to determine what, and who, is providing that ten million.

Now that we have properly introduced James Randi (The Amazing Randi) I want to show you a photo – so you get on the right page immediately.  It is of David Gorski (Orac – of “Respectful Insolence”) and James Randi sitting on a love seat together at the “Amazing Meeting.”