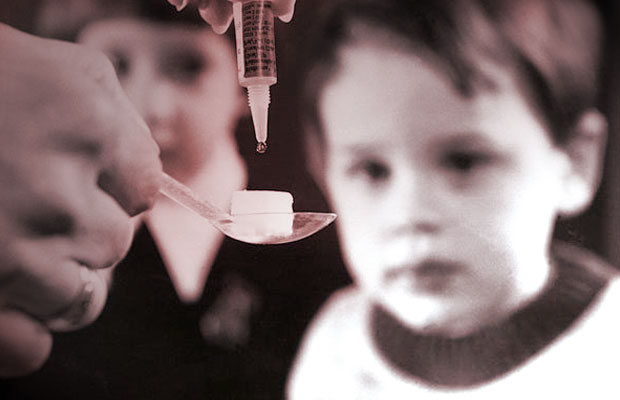 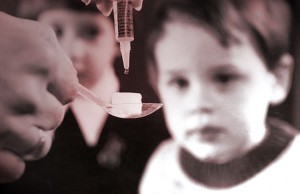 Yes, the vaccines are causing the problem. The authorities know it. It is admitted. This is not conspiracy theory, but sad fact.

The system is willing to break a few eggs and ruin lives in order to achieve their global vaccination agenda – all while they insist that vaccines are both safe and effective. To say otherwise – even in the face of admitted facts – is pure heresy.

A few years ago, I stumbled upon a big dirty secret that is harming tens of thousands of children. It was being reported overseas, but ignored by the mainstream media.

Doctors in India tracking problems inside the nation’s health system found a huge spike in young children who were crippled after receiving the oral polio vaccine. I wrote at the time:

While polio has statistically disappeared from India, there has been a huge spike in cases of non-polio acute flaccid paralysis (NPAFP)– the very types of crippling problems it was hoped would disappear with polio but which have instead flourished from a new cause.

There were 47,500 cases of non-polio paralysis reported in 2011, the same year India was declared “polio-free,” according to Dr. Vashisht and Dr. Puliyel. Further, the available data shows that the incidents tracked back to areas were doses of the polio vaccine were frequently administered… Related studies in India have already demonstrated that polio vaccines are the leading cause of polio paralysis.

That’s more than 47,000 children crippled and permanently disabled by the vaccine – not the disease!

However, this problem was largely ignored while vaccine pushers – literally in overkill mode – were praised for nearly ‘eradicating’ polio.

Now, this problem is cropping up in many other countries, too.

At this point in time, with only a handful of cases of polio worldwide, the vaccine has become literally more dangerous than the disease.

According to the Washington Post, polio has returned to Europe for the first time in five years – but now in a mutated form that even the mainstream media admits was caused by the vaccine itself. The Washington Post reports:

Poliovirus has returned to Europe after a five year reprieve, paralyzing a 4-year-old and 11-year-old in the Ukraine, the World Health Organization said Wednesday.

The strain responsible, vaccine-derived poliovirus type 1 or cVDPV… is a rare, mutated form of the virus that comes from the vaccine itself. Oral polio vaccines contain a weakened form of the virus that activates an immune response in the body so that it builds up antibodies to protect itself. But it takes some time for this to happen, and meanwhile the virus replicates in the intestines and can be excreted by the person immunized and can spread to others in the community.

[…] the vaccine-virus can circulate for long time, 12 months or longer, and genetically change into a more virulent form that can paralyze.

Authorities with the World Health Organization (WHO) are concerned that there is a high risk this mutated strain will continue to spread in and around Ukraine and to its neighbors in Poland, Romania, Slovakia and Hungary near where the incidents occurred.

Other confirmed cases of vaccine-derived polio have been recently reported in India as well as Madagascar and South Sudan. This is a significant problem.

What should be particularly alarming – and upsetting – and telling – is that oral polio vaccines were discontinued in the West more than 15 years ago for the very reason that the WHO and other authorities KNEW it was causing vaccine-derived polio paralysis cases!

They know that this vaccine will – statistically anyway – harm some children and could potentially spawn outbreaks, but they use it anyway, supposedly because less developed regions are not equipped to handle refrigerated vaccines that don’t contain the live virus.

Truthstream Media reported back in 2013:

Perhaps the worst part of this tragic backlash in what is meant to be a campaign to improve public health is that the Bill and Melinda Gates Foundation and the UN’s World Health Organization knew that oral polio vaccines caused paralysis – but they thought the trade off was worth it.

After years of controversy in the United States, the use of oral polio vaccine (OPV) was discontinued in 2000 due to its proven link with vaccine-derived poliovirus (VDPV), and in the UK circa 2004.

The use of an injected and inactivated polio vaccine (IPV) replaced its usage in the Western world, while oral polio vaccine continues to be used in the developing world.

Wikipedia notes that the WHO “considers the benefits of vaccination to far outweigh the risk of vaccine derived polio.”

One thought on “Is the Polio VACCINE Causing the New Polio?”