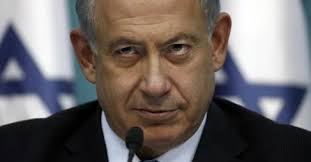 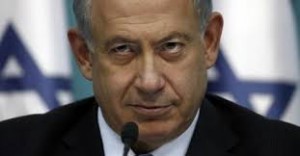 As the Middle East Monitor reported, Tzipi Hotovely — Israel’s Deputy Foreign Minister — has met with representatives from both Google and YouTube to discuss ways of censoring videos that originate in the Palestinian territories.

The meeting between Hotovely and the reps from Google and YouTube, was held as a means to discuss the ways by which “inflammatory material” can be censored out from the search engine and popular video-hosting site. This, as Hotovely put it, is part of a much broader effort of fighting against “[the incitement] of violence and terrorism.”

Indeed, this is not the first time that Israeli officials have made requests with Google to censor what they may see as unfavorable material. A quick search through Google’s Transparency Report has revealed at least three other requests to censor various content that is “defamatory,” to Israeli government officials:

Request: We received a request from a government official in the Ministry of Justice to delist a WordPress blog post containing allegedly defamatory content from search results. The post harshly criticizes the official’s work on Israeli family law in the U.N. and other international law forums using defamatory language.

Outcome: We delisted the search result from the google.co.il domain.

Request: We received a request from a member of the judicial administration to remove search results that allegedly violate section 255 of the Israeli Penal Law that deals with contempt of the court by linking to content that is critical of Israeli judges, as well as results which allegedly violate section 70(f) of the Courts Law and section 24(a)1 of the Minors’ Protection and Treatment Law by linking to content which allegedly infringes statutory gag orders.

Outcome: We requested additional information but did not receive a reply.

Request: We received a request from legal representatives of a member of the executive branch to remove two YouTube videos for alleged defamation.

Outcome: We did not remove the videos.

Let it be noted, however, that in terms of Google’s Transparency Report, the requests from various countries date back only as far as 2009. Leading one to assume that perhaps many more requests were actually made, but the above requests were the only ones from the Israeli government that were viewable. And secondly, let it be noted that many countries have put in similar requests with Google, as can be seen from the report, so it is not suggested that Israel, alone, has made such requests.

However, the above requests are relatively small in consequence, compared to what’s being foreseen to come from the meeting between the Israeli Foreign Minister and the two web giants.

As Mark Wilson, from betanews.com puts it, “It’s a move that will concern journalists, anti-censorship proponents, and freedom of the press advocates alike.” Wilson further elaborates with, “At the moment any journalist or reporter working in the area needs to register with the Israeli military, and all stories pass through the Israeli Military Censor. But the likes of YouTube have led to a rise in citizen journalism, and this is what the Israeli government is looking to crack down upon.”

While it is true that Israeli censorship appears to be nothing new, this may turn out to be yet another aggressive step forward in the suppression of Palestinian voices