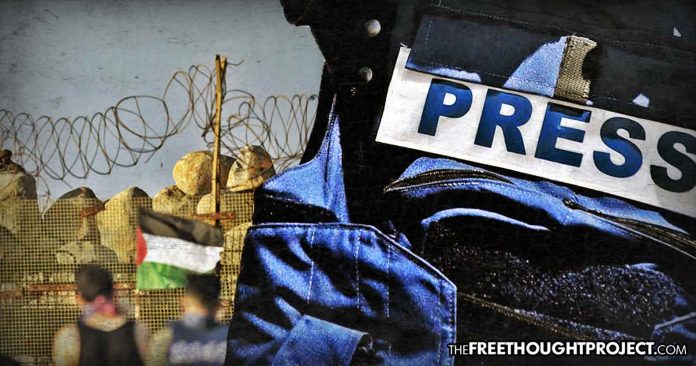 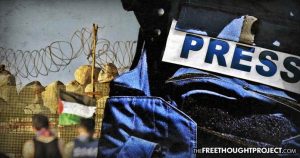 An Associated Press (AP) cameraman has been injured by gunfire while filming a protest in the Gaza Strip, the agency said. He was apparently shot by an Israeli sniper despite wearing clothes identifying him as a media worker.

Rashed Rashid, 47 was injured in the leg on Monday while covering the weekly protest at the Israeli border wall, AP reported. He received multiple bone fractures above the ankle and will require surgery.

Witnesses say Rashid was standing on an elevated area some 600 meters from the fence, when the shooting happened. He was far from protesters and was wearing a blue helmet and brown protective vest with the word “PRESS” clearly written in white. He was also operating a live camera.

Jacob Burns@JacobTBurns
AP cameraman shot during Gaza protest — “Rashed Rashid, 47, was hit in the leg during a weekly protest next to the Israeli border. Doctors said he suffered multiple bone fractures above the ankle and would need surgery.” https://uk.news.yahoo.com/ap-cameraman-shot-during-gaza-protest-235159651.html?soc_src=social-sh&soc_trk=tw …

The shot appeared to have come from the Israeli side of the border. The Israeli military said they are investigating what happened.

Rashid was one of 25 people injured along the border on Monday, according to The Times of Israel. The Israeli military said about 800 Palestinians were “rioting,” throwing rocks and an explosive device, prompting deployment of tear gas and live fire from the IDF. Some 20 boats also tried to break through the Israeli naval blockade of the Gaza Strip.

Palestinians have been holding protest along the border fence since March. The IDF is estimated to have injured over a 10,000 people and killed over a 1,000 over the months, saying the use of lethal force is justified and calling the protests a ploy by the militant group Hamas. The group regularly launches missile attacks towards Israel while Tel Aviv conducts airstrikes and occasionally deploys tanks in retaliation.