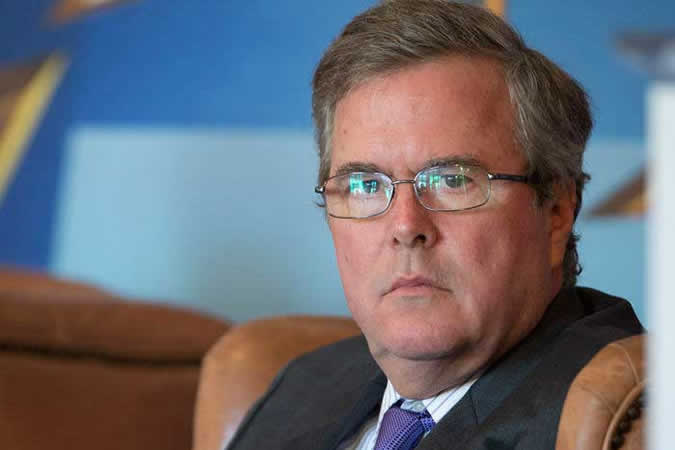 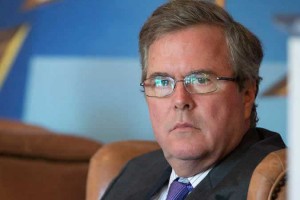 According to a a couple new books, Jeb – who is running for President and spent more than any candidate in New Hampshire ($1150 per voter) – is a major cocaine abuser, was apart of the death of Barry Seal, and acted as a conduit for money laundering..

The books, written by former White House  aide and former Trump advisor Roger Stone, and former Bush Administration insider Gene Tatum unveil a frightening view of the former Governor of Florida. Tatum claims that Jeb was an integral part of a money laundering scheme put together by CIA dad George H.W. Bush and James Baker. While the crux of Stones book reveals that Jeb celebrated his father – President George H.W. Bush’s – victory by snorting cocaine with a top-level Republican official.

This exclusive sneak-peek at Stone’s book “JEB”, which go on sale next week, noted that the cocaine incident happened at the Naval Observatory, when George H.W. Bush was Vice President.

Also, despite his support of tough anti-drug laws, Jeb was apparently caught smuggling cocaine into Florida:

“Legendary CIA drug smuggler and pilot Barry Seal claimed to his Miami lawyer Richard Sharpstein that he had orchestrated an elaborate sting at the Miami-Opa Locka Executive Airport in which the DEA got videotape of Jeb […] bringing cocaine into Florida for resale,” according to the tell-all.

Roger, a bestselling author who worked for President Richard Nixon, said that while Jeb publicly supports the war on drugs, he secretly used drugs for years.

“Jeb’s conservative stand on drugs is perhaps his most hypocritical position of all,” Roger wrote.

“As a heavy dope smoker and even a dealer in prep school and college, he started out early on a path many young people do. But what makes him a phony is his tough stance against drugs as an elected official and a politician.”

Tatum’s book, “The Tatum Chronicles” reveal the reliance on Jeb to see that Barry Seal and others are kept quite during the congressional hearings on the CIA drugs for guns deals of the 80’s. The younger Bush used his influence and contacts garnered from his time running the Commercial Banking department of the Texas Commerce Bank in Caracas, Venezuela. Servicing such notable drug kingpins as Pablo Escobar and the Ochoas. The bank was owned bu the James Baker Family and had such notables as Lady Bird Johnson directing its activities.

These are serious accusations from a prominent political observer. If true, Jeb Bush’s actions are not only hypocritical, they are criminal. Plus, this sort of information about a President is dangerous, since it can be used for blackmail.

We know President Barack Obama has admitted to extensive marijuana usage, but the liberal mainstream media didn’t seem to care about that.

How will this news change the 2016 GOP Presidential race? Please leave us  a comment (below) and tell us.