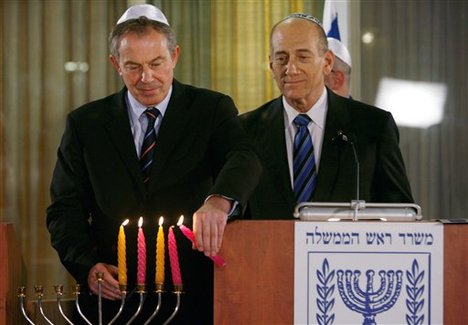 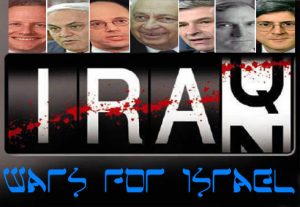 Tony Blair decided to wage war on Iraq after coming under the influence of a “sinister” group of Jews and Freemasons, a Muslim barrister who advises the Prime Minister has claimed.

Ahmad Thomson, from the Association of Muslim Lawyers, said Mr Blair was the latest in a long line of politicians to have been influenced by the group which saw the attack on Saddam Hussein as a way to control the Middle East.

A Government spokesman confirmed last night that ministers and officials consulted Mr Thomson on issues concerning Muslims but refused to be drawn on his views. “We talk to a lot of people, including many whose views we do not necessarily agree with,” she said.

Mr Thomson said: “Pressure was put on Tony Blair before the invasion. The way it works is that pressure is put on people to arrive at certain decisions. It is part of the Zionist plan and it is shaping events.”

Mr Thomson wrote a book in 1994 in which he said Freemasons and Jews controlled the governments of Europe and America and described the claim that six million Jews died in the Holocaust as a “big lie”. In The Next World Order, Mr Thomson, a Muslim convert who was born Martin Thomson in Rhodesia, wrote: “When the majority of people in a predominantly Christian society cease to worship God, the result is fascism.

This, he suggested, led to the rise of Adolf Hitler. Mr Thomson, who was called to the bar in 1979, wrote: “The fascism of Hitler was the Christian element in the increasingly “Jewish” environment in which he and his followers found themselves.”

He also wrote that the Jews have no right to live in “the Holy Land” because they are not a pure race and therefore not the true biblical Israelites and that Saddam was used as an excuse for US troops – “including thousands of Jews” – to occupy Saudi Arabia.

A Government source said: “It is by talking to people with varying views that we find out what the range of opinions is. It doesn’t mean we agree with what they are saying.”

2 thoughts on “Jews and Freemasons controlled war on Iraq, says No 10 adviser”