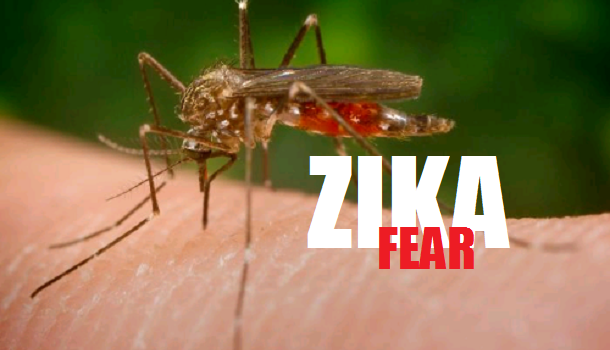 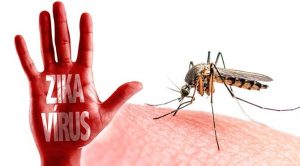 Some months ago, out of the blue, I was contacted by a major press outlet. I’m withholding the name of the outlet to protect my contact. I was asked, would I do an interview about Zika right away? I said yes. I was emailed a list of questions. I answered them.

The interview was relayed to editors.

And then they spiked the interview. Too hot to handle.

They didn’t tell me they weren’t going to publish the interview. I had to ask. Then they said no.

Here are my answers to the interview questions about Zika and related matters. I’m omitting the questions—again, to protect my contact.

Answer One: Let’s start here. What proof is there that the Zika virus is causing birth defects in babies? I’ll tell you: no proof. Zero. So now the world is going to be subjected to a vaccine that protects them from a virus never proven to do harm? That’s utterly ridiculous. All vaccines carry risk and danger. They contain toxic chemicals and a variety of germs. And of course, vaccines can also be seeded with extra-dangerous substances, about which the public is told nothing. We have the case in Africa where a hormone, HCG, was secretly included in a vaccine given to women. The purpose was to cause miscarriages during future pregnancies. Researchers have been working on depopulation vaccines for decades. And now we have what? Governments are telling women not to get pregnant. This is not a coincidence.

Answer Two: The World Health Organization (WHO) has become a global enforcement agency. Its major partner is the US Centers for Disease Control. These agencies dictate to governments all over the world. “You must deliver these vaccines. You must agree ‘this’ virus causes ‘that’ condition (even if it doesn’t). You must cooperate with us when we say a minor outbreak is a worldwide pandemic.” The basic program here is inducing fear and obedience in populations. I have been tracking and investigating so-called epidemics for many years, and they all turn out to be duds. But vaccines are sold and delivered. The authorities and their rabid support groups insist the vaccines are necessary, effective, and safe. That’s a demonstrable lie. They’re toxic. What people who live in poverty and desperation really need is not vaccines. They need the return of stolen land so they can grow their own nutritious food. They need basic sanitation. They need their contaminated water supplies cleaned up. They need their governments to stop giant corporations from using poisonous pesticides and flooding the environment with them. What we are looking at here is a massive operation to weaken, debilitate, sicken, and kill people—and not just poor people. Vaccines, pesticides; this is a form of chemical warfare.

Answer Three: I’ve cited studies that show a connection between microcephaly and Roundup and atrazine, two toxic pesticides in heavy use around the world. The Zika virus is a distraction from the truth. It’s what intelligence agencies would call a cover story. It diverts attention from what is really going on. It protects major corporations.

Answer Four: A January 27th Associated Press article out of Rio spelled it out. The Brazilian researchers went back and rechecked their original findings. So far, they’ve only been able to confirm 270 cases of microcephaly. And of those 270, they were only able to find the Zika virus in six cases! And the world is in a panic about an epidemic? Are you kidding me? And women are being told not to get pregnant? I call this Depopulation by Press Conference. It certainly isn’t science. How crazy can people get? “Well, we couldn’t find the virus except in six cases, but all women are at risk.” It’s a blatant operation aimed at women. [Note: since this interview, the updated Brazilian numbers are: 854 confirmed cases of microcephaly, and only 97 cases have “some relationship” to Zika.]

Answer Five: Oxitec, which has funding from Bill Gates, has released genetically-engineered mosquitoes in Brazil and a few other places. These male insects mate with females who carry dengue fever, and the next generation doesn’t develop past the larval stage. That’s the theory. No human health studies concerning the effects of engineered mosquitoes have been done—which was exactly the case when GMO crops were first introduced. Instead, we just had assurances that everything was all right. Well, it wasn’t and it isn’t. The mosquito program carries great potential health risks. And of course, who of us can say with authority what exactly those engineered mosquitoes are transporting? If you have naïve trust that all is well, I have condos for sale on the moon.

Answer Six: Behind the scenes, there will be pressure on the Brazilian researchers to change their tune and claim there are many more confirmed cases of microcephaly, all carrying the Zika virus. This will be a double lie, but it will be sold. There will be a rush to create a Zika vaccine. The campaign of fear will continue. Pesticide use will continue to be rampant, of course, especially on GMO crops. Many women will choose not to get pregnant. Governments will tell the people that all vaccines are absolutely necessary, and will use Zika as a case in point, driving home more fear. As an aside, during the Olympics, much bad publicity about Brazil will “leak” out—after all, it is one of the BRICS nations, and the Globalists must find a way to fracture and weaken that alliance in any way they can. Let me make one final statement. Everything I’m revealing in this interview would be hotly contested and criticized by representatives of the medical cartel. They, of course, speak down their noses at everyone, as they presume to carry great wisdom and authority. These representatives are professional liars. I don’t mind saying so. In the US, I have documented, from their own studies, that the US medical system kills 225,000 Americans a year. That’s 2.25 million deaths per decade. I’m not making this up. It’s a fact, I can prove it, and I have proved it. My point is, how far would you trust such people?

That was the end of the interview.

The citation on the US medical system killing 225,000 Americans per year is: Journal of the American Medical System, July 26, 2000, Dr. Barbara Starfield (Johns Hopkins School of Public Health), “Is US health really the best in the world?”

It’s obvious why the interview was never published.

I received no requests to cut out certain parts or provide documented evidence for my assertions. All I got was silence.

This is why I run my own media operation.

This is why I created nomorefakenews.

This is why I don’t wait for permission to publish.

This is why I’m scornful of major media. This is why I’ve been able to continue my career as a reporter, while many mainstream reporters have gone into selling real estate or cars or shoes.

The medical cartel is routinely destroying lives, and the press is aiding and abetting those crimes. Every day.