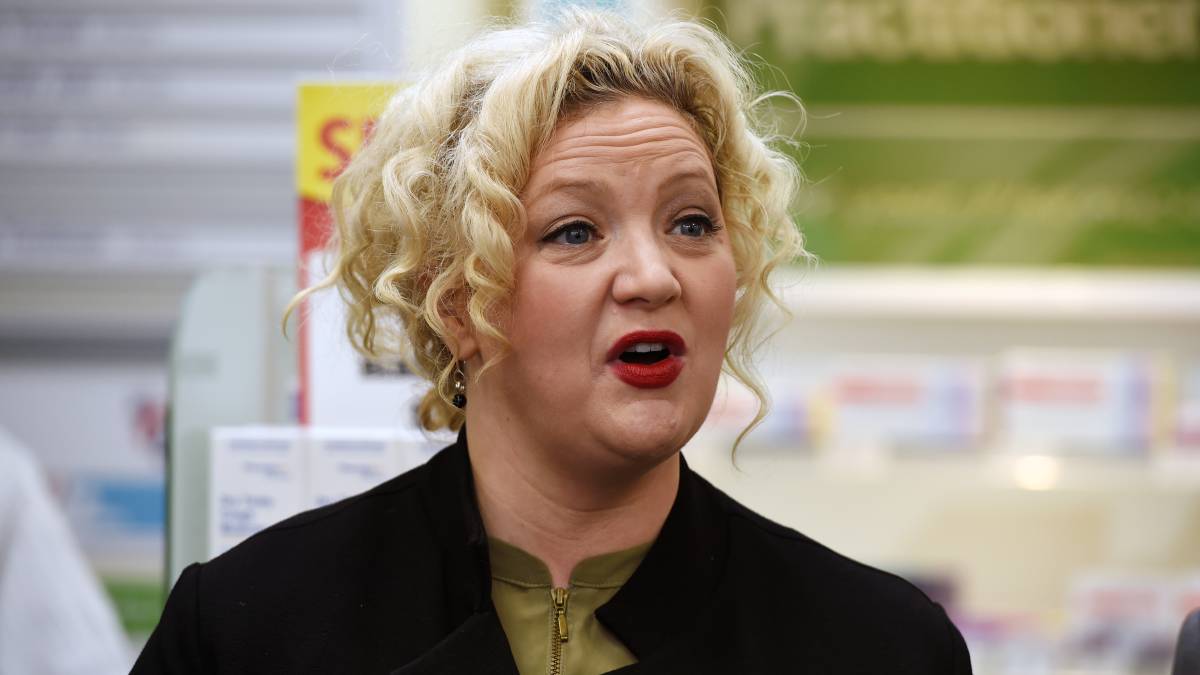 Jill Hennessy, the health minister for Victoria in Australia, has done it yet again. She has opened herself up to a large liability claim once again. She stated that “there are no risks in vaccinating your children” earlier in the year. She then came out with “tweets “ of “vile anti-vaxxers” tin an attempt to show she had been attacked, which have since been debunked in this article. But Jill wasn’t done yet. Jill didn’t learn her lesson. She has now outdone herself by having her Health Department spreading this flyer that states that it is safe to inject 100.000 vaccines at once.

Yes. You read that right. The Victorian Ministry of Health is publicly and blatantly proclaiming that children can safely manage 100.000 vaccines at once!!!

Where do they get this information from you might ask? It is referenced back to a statement made by the infamous Dr. Paul Offit. You can meet Dr. Offit in this video. He stated that any child could handle 10.000 vaccine antigens at once. And yes you read that right again 10.000 not 100.000. And he added a word. So what does the word antigen mean:

This is what the definition of an antigen is:

“a toxin or other foreign substance which induces an immune response in the body, especially the production of antibodies.”

This what a vaccine antigen is described as at the ScienceDirect Website.

“Vaccine antigens include whole live pathogens (modified to reduce their virulence), individual pathogen components (eg protein or polysaccharides) and the genetic material of the pathogen (ie ‘naked’ DNA/RNA) which can direct the production of the vaccine antigen in the recipient.”

The antigens are apparently the working components of the vaccine. But this is not what the Victorian Health Department Pamphlet claims. It says that 100.000 vaccines at once are safe. So this would include all the adjuvants. This would include substances like thimerosal, aluminium, formaldehyde and mercury. All substances that have been proven to be poison. Only allowed in vaccines because the amount is, according to the vaccines gods, safe. So do Jill Hennessy and her health department know more about these poisonous substances or did they just make an outrageous claim?

They made an outrageous claim. Jill Hennessy’s department misquoted the quote made by Dr. Paul Offit. He never stated that 100.000 times the amount of the adjuvants are safe. He said 10.000 and added antigens to the word vaccine. The adjuvants are proven unsafe in those amounts. Let’s take aluminium for example. Aluminium is in most vaccines as an adjuvant. According to the Philadelphia Children’s Hospital. The hospital Dr. Offit is working for. The amount of aluminium in a children’s Hep. B. is between 0.225 and 0.5mg. Let’s just multiply the smallest amount by 100.000. That would make 22.5mg of aluminium. According to the FDA (which is the department that Dr. Offit would have worked with if the claim was not misquoted) the safe limit for aluminium is between 0.85 and 1.25mg. Let’s just take the high amount there. This would mean that Jill Hennessy’s Health Department is publicly stating that injecting 18 times the safe limit for aluminium is safe! And not just that, they are stating that it is safe to do so for a baby that is a couple of hours old as the Hep.B vaccine is given at birth. I won’t go into the list of other adjuvants that are found in the Australian Vaccination Schedule.

Let’s focus on the link that Jill Hennessy and her department provided on her poster. The link for this outrageous claim refers to a book called Vaccines, 6th Edition. Written by Dr. Offit and 2 other authors. The book never claims that there are any studies done. It is based on a purely theoretical calculation with no relation to reality and it should have been dismissed as having no practical application. Yes, you read that right. No clinical studies were ever done to make these claims. It’s merely a calculation. Not very scientific if you ask me.

As our “friend” Reasonable Hank pointed out in 2011, according to this website, Dr. Offit never made these claims in the first place. According to the blogger, it was Reasonable Hank who actually claimed that it was Meryl Dorey who made these claims. So if this is true. Is the Victorian Health department quoting the ex-president of the AVN? Or is it like so many references in the immunisation handbook, not really a reference. Is it like so many references in the vaccine literature a reference to something that was never actually stated.

Let me just finish by pointing out the conflicts of interests that surround Dr. Offit. Dr. Offit made millions by being part of the rotavirus vaccine and cemented himself into the medical world as the guardian of the vaccine manufacture mantra. Dr. Offit forgets that the supreme court in the US has ruled that all vaccines are unavoidably unsafe. He has been outed as having many conflicts of interests with vaccine manufacturers as can be read in this article by mainstream news outlet CBS news. Is this really the kind of “science” that Jill Hennessy and her Health Department support. Is this the kind of “The Science is In” that has been mentioned over and over again by Jill and her boss Premier Andrews.

Think again and let’s give Jill Hennessy a chance to debunk us. Let’s give her the challenge that Dr. Offit refused to take. Take the 100.000 shots that you say are safe for a newborn Jill !! Take a 100.000 doses of the Hep. B. Why not a 100.000 of the MMR as well. And then after you taken those. You can take another round of a 100.000 shots a couple of months later. Just like the vaccine schedule that you think is safe!

I won’t hold my breath. You have proven to be a liar and an inciter of hate. But this time you have misquoted a quote that never existed. A pamphlet has been spread that contains deadly information. How many lethal mistakes does it take for a health minister to resign, Jill?

One thought on “Jill Hennessy – Minister of Health Has Outdone herself Again – 100.000 Vaccines At Once Are Safe!”