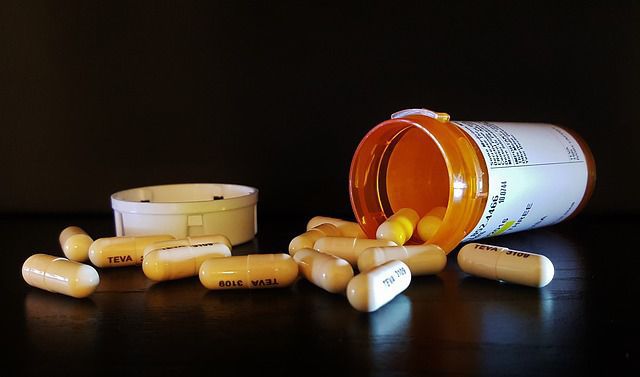 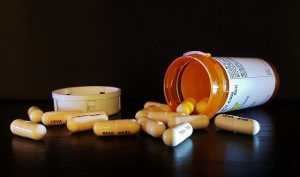 Note: Jon will be on the crazz files podcast this coming Saturday 4th (sydney) to extensively cover the opioid crisis.

Alert to readers: This Wednesday night, November 1, 10PM-midnight, PACIFIC TIME(consult listings for other time zones), I’ll be doing two hours with George Noory on Coast to Coast AM. The subject: THE OPIOID CRISIS.

Help spread the word. I’ll be exposing and explaining the crisis and its extreme danger to populations all over the world.

FBI spokesman Harold Shaw said the arrest marks “an important step in holding pharmaceutical executives responsible for their part in the opioid crisis.”

Among the charges against Kapoor: promoting off-label uses for the company’s painkiller, Subsys, and bribing physicians to write prescriptions.

Essentially, the charge is: “you’re a drug trafficker.”

Doctors can prescribe drugs for conditions beyond those listed in the FDA’s specific approval. That’s what “off-label use” means. But the drugs’ manufacturers can’t actively promote or pay doctors to write off-label prescriptions. That’s a crime.

In my recent investigation of the opioid trafficking pipeline, I pointed out that the top of the supply chain, in many cases, is the manufacturer.

The corrupt company does one of two things (or both): it ships extraordinary numbers of opioid pills to distributors, with full knowledge it is engaging in trafficking; or it promotes and pays doctors to write unnecessary prescriptions for the opioids.

The latest estimates: in 2016, two million Americans were addicted to opioids;

The truth is (and no one is reporting it), morphine alone is capable of blocking severe pain. The scores of synthetic opioids drug companies have developed, and the FDA has approved, are largely unnecessary. The proliferation of the synthetics has fueled the opioid crisis. These are the pills that are finding their way to addicts.

In addition to this, new designer opioids, coming out of underground Chinese labs, into Mexico, and up into the US, are so powerful one tiny dose can cause instant death. In many cases the street dealers have no idea the drugs they are selling contain these lethal compounds.

Tune in to Coast to Coast AM and listen to my extensive rundown on the opioid crisis and its clear and present danger.

3 thoughts on “Jon Rappoport on Coast to Coast AM with George Noory: the OPIOID CRISIS”