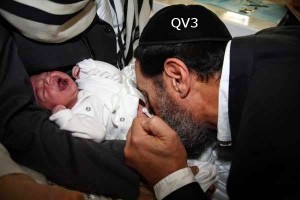 Yeshiva University in New York City is the latest Jewish educational institution to be rocked by accusations of extensive pedophilia by rabbis and teachers. Yeshiva, including an elite high school, the Albert Einstein College of Medicine, the Benjamin N. Cardoza School of Law, and an endowment of nearly 1.3 billion dollars is the Harvard of Orthodox Judaism in America.  But now 31 former high school and Yeshiva affiliate students allege sexual abuse by two highly respected Yeshiva rabbis during 1969-1989. They are suing Yeshiva U. for 380 million dollars. “Yeshiva University High School held itself out as an exemplary Jewish secondary school when in fact it was allowing known sexual predators to roam the school at will seeking other victims,” said attorney for the plaintiffs, Kevin Mulhearn. Mulhearn asserts that hundreds of boys were sexually molested or sodomized.

Typically, as with other Jewish child abuse scandals in Brooklyn, Sydney, Melbourne, Jerusalem, etc., Yeshiva’s administration is evasive. As a result, AIG (American Insurance Group) may not continue insuring it.

Why do Jewish authority figures continue to be accused of pedophilia against primarily Jewish children?

The Talmudic rabbi most instrumental in persuading rabbis today to indulge in pedophilia is 2nd century A.D. Simeon ben Yohai.  It’s hard to imagine a rabbinic sage more esteemed than ben Yohai. He is credited by Ultra-Orthodox Jews as the author of the Zohar, or Kabbalah.  Every year in Meron in Israel (where ben Yohai died), more than 10,000 Hasidic Jews gather for a week of singing, dancing, and praising ben Yohai, who may well be Kabbalist Judaism’s most venerated authority.

In Orthodox Judaism, the most ancient first and second A.D. rabbis, the “Tannaim,” are considered most authoritative. This is largely because they lived in Palestine closest in time to the Pharisees, who, originating in Babylon, created the Mishnah (oral law), which later became written down as the Babylonian Talmud. Some “Tanna” receive greater respect from Orthodox Jews than does Moses. Jesus accused the oral law of “making the law of God of none effect.”

The Talmud is the greatest religious authority for observant Jews today. It teaches that when sages of ben Yohai’s stature pronounced new laws, they did so out of the memory of what God had taught them in heaven. The Talmud says such memory was imparted to ben Yohai’s teacher, Rabbi Akiba: when Moses died he went to heaven and beheld Rabbi Akiba “expounding wondrously on the Torah.” Thus, when ben Yohai authorizes pedophilia in the Talmud, such permission becomes law for Orthodox Jews for all time.

In Yebamoth 60b the Talmud says:

It was taught: R. Simeon ben Yohai stated: ‘A proselyte who is under the age of three years and one day is permitted to marry a priest. For it is said, But all the women children that have not known men by lying with them, keep for yourselves; and Phinehas surely was with them.’

Ben Yohai’s interpretation comes from Numbers 31:18. The Hebrews, after defeating the Midianites, were allowed to keep virginal females of all ages as wives or potential wives when they sexually matured. Ben Yohai exploited this verse to claim God gives Jews rights to sexual use of females of virtually any age, although he puts the lower bar at three years and a day. Further, he says that because the righteous Phinehas was among the Hebrew congregation who accepted the Midianite women, it means that Phinehas endorsed child sex.

Footnote 5 to this passage says ben Yohai’s permission for sex with 3-year-old girls stands for all time.The footnote asks, “How could they [any other rabbi in history], contrary to the opinions of R. Simeon ben Yohai, which has scriptural support, forbid the marriage of the young proselytes?” Clearly, they can’t.   (The full text of this footnote and the entire passage from the Soncino edition of the Talmud are at the end of this article.)

Thus, the question posed by the Talmud footnote is extremely significant and timely. It says that just as no rabbinic authority can defy ben Yohai’s halachic permission for sex with 3-year-old girls, so no rabbinic authority in any Jewish organization, synagogue, Yeshiva high school, college, or seminary today is empowered to declare that pedophilia for the Jew is wrong!

Of course, Jewish leaders and rabbinic councils do vocally condemn pedophilia while embroiled in scandal. But that is in order that, as the Talmud commands, “the name of God be not profaned” by bringing a bad reputation to Judaism. But if an Orthodox rabbi believes anything, it is that every letter of the Talmud is divinely inspired. If it is necessary to lie about its contents, then the Talmud encourages such subterfuge, saying “it is permitted to deceive a goy” (gentile). (Baba Kama 113b)

In order to stem the plague of child abuse within Orthodox Judaism, Israel’s Supreme Rabbinic Court of Appeals needs to confront pedophilia in the Talmud and declare it no longer halachic. This may be impossible, however, considering the stature of ben Yohai and the fact that historically many of the most eminent ultra-Orthodox rabbis have challenged the authority of the court in the first place. Certainly no rabbinic court (Bet Din) in history has questioned ben Yohai’s halachic pronouncements.

With ben Yohai’s authority in mind, Yebamoth 60b presents a succession of the most authoritative rabbis, who conclude that just as the entire male population of Israel was entitled to marry “women children” of Midian, 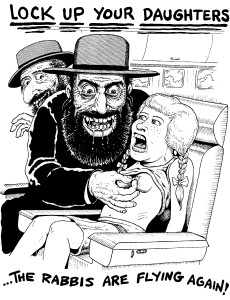 so not just the rabbis, but all Jewish men are permitted to sexually violate underage girls. The Talmud continues: “Consequently, it must be said and scripture speaks of one [a 3-year-old baby girl] who is fit for cohabitation.”

An eminent sage goes on to summarize: “The Halakah is in agreement with Rabbi Simeon ben Yohai.” He cites a historical precedent: “There was a certain town in the land of Israel the legitimacy of whose inhabitants was disputed, and Rabbi R. Romanos who conducted an inquiry and found in it the daughter of a proselyte who was under the age of three years and one day, and Rabbi declared her eligible to live with a priest.” Footnote 15 says Romanos “permitted her to continue to live with her husband.”

Note: in this case, rape of a baby girl under three years is permitted. Such imprecision introduces an important fact: just as the Talmud was flexible concerning age limits of sex, it was also flexible about gender. Footnote 1 to Kethuboth 11b opens a wide door for Jewish homosexual pedophiles by pronouncing “the intercourse of a small boy is not regarded as a sexual act.” (See Judaism and Homosexuality: A Marriage Made in Hell) Pedophile rabbis today, molesting and raping both male and female children, exercise this sociopathic freedom.

The Talmud in Kethuboth 11b summarizes permission for child sex under three years, citing the authority of Raba.  “Raba said… when a grown-up man has intercourse with a little girl it is nothing…” The footnote to Raba’s statement says “i.e., tears come to the eye again and again, so does virginity come back to the little girl under three years.” Another of the greatest Tannaim, Rabbi Meir, says that the sexual status of a 3-year-old baby girl is no different than a sexually mature woman. This supports ben Yohai’s edict that the Midianite “women children” were, to the age of three years and a day, or under that age, ready for sexual use.

What exists, then, in these passages and among predominant elements of Orthodox/Ultra-Orthodox rabbinical leadership today, is the firmest conviction, based on alleged Old Testament scriptural precedent, as well as the greatest and earliest Talmudic authorities, that sex with girls from the age of three years or under is sanctioned by God.

Orthodox leaders are thus obligated to protect rabbinic pedophiles because such perverts are acting out sexual liberty granted by God.  This helps explain a consistent pattern today of Jewish authorities taking no effective action against Jewish pedophiles or stringent measures in Jewish religious schools and courts.  Instead there exists a sordid record of pedophile rabbis and Yeshiva teachers being sent to other areas or safe haven in Israel—or even kept on staff. Such indulgence goes back to the towering influence of Simeon ben Yohai.

Yet the Talmud’s incitement of child rape is never mentioned in the Jewish population today, even by well-meaning Orthodox Jews who protest sexual abuse of 1 out of 5 Jewish children. Why the silence? They fear dominant rabbis who may well be pedophiles and protect their own. There are many instances cited at the FailedMessiah.com of such would-be reformers being verbally, socially and even physically assaulted.

This spring, Rabbi Herschel Schachter, former dean of Yeshiva University and internationally renowned halachic scholar, decreed that Jewish families whose children had been sexually abused must always go first to rabbinic authorities and courts. He and Agudath Israel of America, a prominent body of Torah sages, say this is Jewish law. (See The Great “Raping Rabbis” Cover-Up) Will Jewish families obey and consign their children, as they have for decades, to no effective redress or protection from rabbinic predators?

The answer, in most cases, is yes. The power of rabbinic leaders, Jewish courts and the overwhelming consensus of the Orthodox community not to embarrass leadership is simply too great. Added to this is the protection Jewish-dominated media gives rabbinic pedophiles by near-total silence about the growing scandal. (See Jews Confirm Big Media Is Jewish)

In times of deepest apostasy in ancient Israel, evil Jewish religious leaders instructed Hebrew parents to offer up their firstborn to Canaanite idols as burnt offerings. Only then would God send rain and sunshine on their crops. The people, theologically illiterate, obeyed.

Today, the great majority of Jewish laity are ignorant that the Talmud encourages their trusted leaders to prey on their children as sexual toys. In exchange for the sunshine of acceptance in the Jewish community, they trust the innocence and safety of their sons and daughters to the increasingly devouring lusts of their trusted rabbinic idols. As a result, for millennia, little has changed for the flock of Israel, trodden down and devoured by false shepherds.

Must Watch: The Jewish Mafia and White sex slave trade in 2014