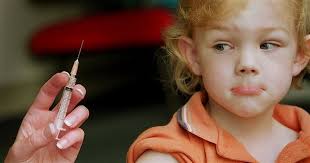 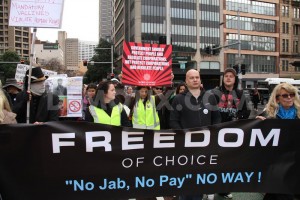 One of the nation’s peak law groups is cautioning senators against supporting government plans to strip payments from ­parents who fail to vaccinate their children, including conscientious objectors, claiming it is a “punit­ive approach’’ and “not in the best interests of the child’’.

In an unusual foray into public policymaking, the Law Institute of Victoria, while saying it supports efforts to increase childhood vaccination rates, cites the UN Convention on the Rights of the Child to express reservations about the government’s new “no jab, no pay’’ rules.

It fears that “this policy is not in the best interests of the child’’ and “takes a punitive approach to addressing the issue of encouraging childhood vaccinations’’.

Under existing rules, parents can be exempt from having their children meet the government’s immunisation requirements if they declare they have a conscientious objection to vaccin­ation. But the government has drafted legislation to scrap this exemption.

From January 1, all parents who don’t fully vaccinate children will lose taxpayer-­funded benefits. The only exception will be on valid medical grounds.

The government’s legislation was passed in the lower house this month with the support of Labor, and is being examined by a Senate committee.

The Law Institute of Victoria, which represents 19,000 members, has recommended that the committee not support the bill in its current form.

“As noted above, if children are not vaccinated then under this bill their families will not be eligible to receive a number of monetary benefits available to other families,’’ the peak body says. “The LIV is concerned that the practical effect of the bill may be many disadvantaged families will lose important benefits, without an increase in childhood vaccination rates. 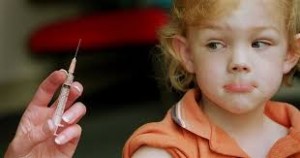 “This outcome would not be in the best interests of the children involved (and would not benefit society generally through higher vaccination rates).’’

It argues that there are many other ways to increase vaccin­ation rates through education and health services funding “that are likely to be more effective than the punitive approach taken by the bill, an approach that does not appear to prioritise the best interests of the child’’.

The changes, designed to lift immunisation rates and stop the spread of diseases such as meas­les, will save about $500 million over the forward estimates.

Failure to fully vaccinate will mean parents are no longer elig­ible to receive the Child Care Bene­fit, the Child Care Rebate and the Family Tax Benefit Part A end-of-year supplement, worth $726.35. The value of the childcare payments depend on family income and the use of approved childcare, but combined can be add up to thousands of dollars.

The Department of Social ­Services has told senators the bill was compatible with human rights and freedoms “because it advances the protection of the right to physical health and, to the extent that it may also limit human rights, those limitations are reasonable, necessary and proportionate’’.

A parliamentary paper on the bill said of the 75,000 children aged one, two or five not recorded as being fully immunised about 20 per cent or 14,869 were registered as conscientious objectors.

6 thoughts on “Lawyers warn on ‘no jab, no pay’ immunisation bill”