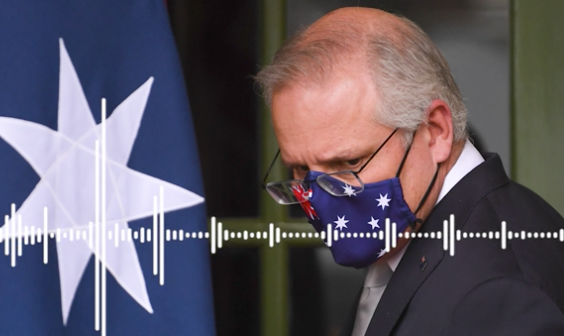 READ MORE AT THE DAILY MAIL

The time will arrive when Australians fully vaccinated against coronavirus will enjoy more freedoms than their anti-jab counterparts, Scott Morrison has revealed.

The Prime Minister hinted at bringing in restrictions for Australians who refuse to get the vaccine, keeping them out of venues such as pubs and restaurants during a conference call with constituents from the Sutherland Shire on Thursday night.

In audio obtained by Daily Mail Australia, voters from the Cook electorate in Sydney’s south grilled their federal MP on a host of pandemic topics from the country’s bungled vaccine rollout to more support for businesses crippled by a fresh horror wave of the virus in New South Wales.

One fully-vaccinated constituent, ‘Steve’ from Cronulla, said he was frustrated he was in lockdown despite answering the call to get vaccinated many months ago.

He said more Australians would get the jab if support was given to businesses such as cafes, restaurants, pubs and clubs by allowing them to open to fully-vaccinated patrons only.

In a remarkably candid answer, Mr Morrison agreed the proposal should be looked at once more of Australia’s population is vaccinated and the worst of the current NSW outbreak is over.

Only 17 per cent of over 16s have received their two doses so far.

‘Until the overall vaccine rates are higher than they are now… even with vaccinated people moving around, while vaccinations certainly reduce the risk of you catching Covid and transmitting it, there is still the ability to catch it and pass it on,’ Mr Morrison explained.

‘When we get our vaccination levels a lot higher, I agree with you, and I think there should be those advantages to those who have done that and taken the opportunity.

‘Because if you’re vaccinated, you’re less of a public health risk than you are to someone who’s unvaccinated.

‘I think the time will come when exactly what you’re suggesting should be able to be achieved.

‘But for right now, that and having cafes open and people moving around and doing all that, there’ll be unvaccinated people who will still go. I’d like to say that they won’t, but it will still happen,’ he said.

‘That’s what we’re seeing in many other countries at the moment.’

Unvaccinated Aussies could be BANNED from pubs and restaurants just like France and Greece where hospitality venues are full – and there are NO lockdowns like the one crippling Sydney.