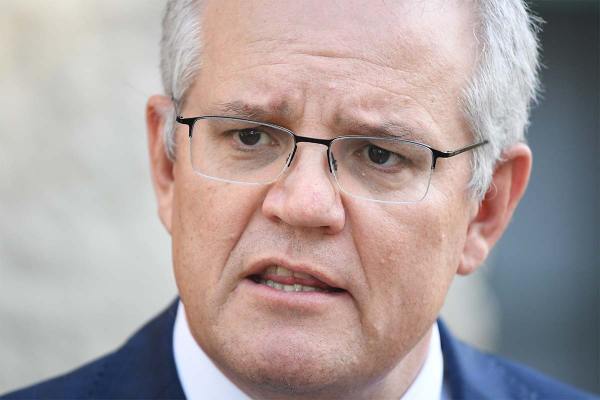 You are the real danger to the Australian people Mr Morrison

Scott Morrison says Australians who choose not to get vaccinated against COVID-19 will face more restrictions than their fully-vaccinated counterparts once everyone in the country has has the chance to get the jab.

Mr Morrison told Neil Mitchell vaccination will not be made mandatory, and backed away from the idea of a vaccine passport, but said there will be restrictions on what unvaccinated Australians can do.

“If you’re not vaccinated you present a greater health risk to yourself and to others than people who are vaccinated … and public health decisions will have to be made on that basis.”

As Neil Mitchell grilled Mr Morrison over the vaccine rollout, the Prime Minister encouraged Australians to bring forward their second AstraZeneca dose to four weeks after the first.

NEIL MITCHELL: “Do you want everybody to bring forward their AstraZeneca dose?”

SCOTT MORRISON: “Well if they are in a position to do that, that is consistent with the license for AstraZeneca.”

The Australian Technical Advisory Group on Immunisation (ATAGI) says vaccines may be given between four and eight weeks apart in outbreak situations, but the preferred interval between doses in non-outbreak settings remains at 12 weeks.

The Prime Minister refused to guarantee Australia will be open by the end of the year.

Press PLAY below to listen to Neil Mitchell grilling the PM over vaccines, Australia reopening and bickering between leaders

One thought on “A danger to themselves’: Scott Morrison says unvaccinated Australians will face restrictions”