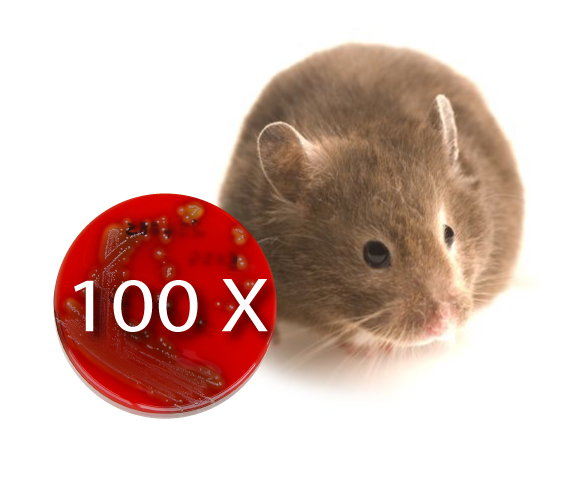 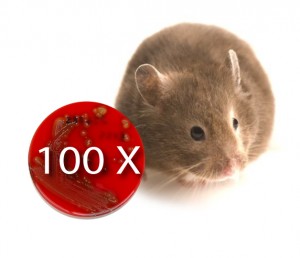 If presumably safer “attenuated” flu vaccines are supposed to protect against influenza and its sometimes deadly complications, then why do vaccinated mice have up to 100-fold higher levels of flu-associated pathogenic bacteria than non-vaccinated mice?

A concerning new study published in mBio, an open access journal of the American Society of Microbiology, titled, “Live Attenuated Influenza Vaccine Enhances Colonization of Streptococcus pneumoniae and Staphylococcus aureus in Mice,” reveals that live attenuated influenza vaccines (LAIVs) lead to the rapid and sustained overgrowth of pathogenic bacteria in the upper respiratory tract of mice at colonization densities up to 100-fold higher than non-vaccinated mice.

This is the first study of its kind to demonstrate that vaccination with a live attenuated viral vaccine can dramatically alter the colonization behavior of human bacterial pathogens in a manner very similar to that following infection from ‘wild-type’, i.e. naturally circulating, flu infections.

Influenza infection is well known to contribute to serious health complications, but this is the first time that a vaccine strain of flu has been found to induce similar alterations in disease-linked bacteria.

The authors describe the typical adverse effects of influenza infection:

“Infection with influenza viruses increases susceptibility to severe lower and upper respiratory tract (LRT and URT, respectively) bacterial infections resulting in complications, such as pneumonia, bacteremia, sinusitis, and acute otitis media (11). Bacterial infections may be a primary cause of mortality associated with influenza virus infection in the absence of preexisting comorbidity (12, 13). Primary influenza virus infection increases acquisition, colonization, and transmission of bacterial pathogens (14), most notably the pneumococcus Streptococcus pneumoniae and Staphylococcus aureus (11, 15).”

Because secondary bacterial infections following influenza infection are the main cause of harm and even death commonly attributed to influenza itself, these findings may have broad implications for immunization policies that, at present, do not take into account that, while vaccines may reduce the risk of one infectious disease, they may be increasing the risk of other equally, or more, concerning pathogens.

The authors discuss the possible mechanisms through which influenza may influence increased disease susceptibility:

“Although the underlying mechanisms, while well studied, are not entirely defined, they likely include a combination of influenza virus-mediated cytotoxic breakdown of mucosal and epithelial barriers (16–18) and aberrant innate immune responses to bacterial invaders in the immediate postinfluenza state, characterized by uncontrolled pro- and anti-inflammatory cytokine production, excessive leukocyte recruitment, and extensive immunopathology (11, 19–22). When coupled with diminished epithelial and mucosal defenses, such an environment becomes increasingly hospitable for bacterial pathogens to flourish and invade in the days and first few weeks following influenza virus infection.”

Because, “bacterial infections are a leading cause of severe disease during influenza epidemics,” the implication is that the immune-altering effects of live flu vaccines may include suppressing innate immune defenses, making the host more susceptible to the very secondary bacteria infections most likely to cause flu-associated harm.

In addition to finding that live attenuated influenza vaccines prime the upper respiratory tract for increased bacterial growth, they found an increase in the persistence of bacterial carriage, also in a manner nearly identical to that seen following wild-type influenza virus infections.  Even 28 days following LAIV vaccination, far after viral clearance from the nasopharyngeal tract was complete (approximately 7 days after the vaccine), mice saw excess bacterial proliferation relative to PBS controls between 2- to 4-fold higher between days 1 and 3 post-infection.

While the researchers did not find that LAIVs increased morbidity or mortality associated with bacterial disease of the lower respiratory tract of the mice, they cautioned:

“These findings may have consequences for individual bacterial disease processes within the upper respiratory tract, as well as bacterial transmission dynamics within LAIV-vaccinated populations.”

In other words, even if the significant increases in bacterial infections did not cause increased morbidity and/or mortality in vaccinated populations, their transmissibility to others would increase due to higher levels and longer duration of carriage of pathogenic bacteria. This is, of course, the primary argument used to pressure the non-vaccinated to succumb to immunization: namely, that the non-vaccinated are somehow more likely to transmit disease than the vaccinated. If this animal study applies to humans, the opposite would be true. LAIV vaccination would both increase the number of bacteria the vaccinated carry, and would prolong their carriage time — and hence transmissibility — for 28 days or longer after administration. This is in addition to the fact that even the FluMist live vaccine insert provides ample evidence that the vaccine can infect the recipient with an infectious form of influenza that can be shed to others as long as three weeks after receiving it.

They also pointed out that, while they did not find evidence of harm, there is reason to be concerned:

The main implication of this study is that, “live attenuated viral vaccines may have unintended consequences on important human bacterial pathogens unrelated to the vaccine target species.”

In fact, this study may explain concerning side effects associated with the FluMist live attenuated influenza vaccine that traditionally have been attributed to the vaccine virus itself – and not to secondary bacterial infections it may elicit.

According to the study,

“Although adverse URT symptoms following administration of FluMist are considered to be of viral etiology, they are most evident in children <5 years of age, where rates of bacterial carriage are greatest (52). Potentially corroborating this are data from a large prospective double-blind trial of FluMist (trial no. MI-CP111 [53]) that assessed reactogenicity and adverse URT events within the first 28 days following vaccination in ~3,000 children between the ages of 6 and 59 months. This trial demonstrated a bimodal increase in URT symptoms following FluMist vaccination, the first between days 2 and 4 post-vaccination and the second between days 5 and 10 post-vaccination (53). While these increased URT events (relative to controls receiving trivalent inactivated influenza vaccine) were considered normal reactions to the live vaccine, the bimodal nature of the increased symptoms suggests that two distinct mechanisms may be in place. In the context of the current findings, the first peak may correspond with viral replication, while the second, more sustained peak may, at least in part, be driven by symptoms due to excess bacterial carriage.

What this new study reveals is that we are only beginning to understand the unintended, ‘off target’ effects vaccines are having to the immune system. If attenuated influenza vaccine is increasing the colonization of potentially deadly bacteria in ‘immunized’ populations, as this animal study appears to indicate, the precautionary principle should guide us to err on the side of caution and refrain from using them until they are retested and proven in human clinical studies to be safe and effective.