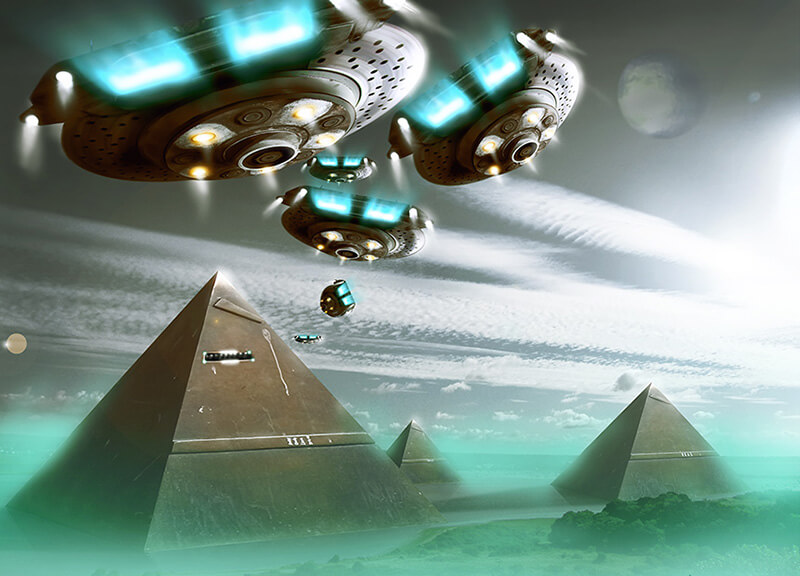 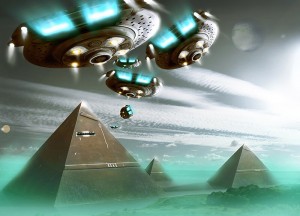 One of the most intriguing ancient texts, the Tulli Papyrus chronicles one of the earliest mass UFO sightings.

It also has an interesting backstory. In 1933, Alberto Tulli, director of the Egyptology section of the Vatican Museum, discovered a unique papyrus in one of Cairo’s antique shops. Unfortunately, it was priced too high—even for the Vatican—so Tulli resorted to copying down its contents.

When he later returned, the papyrus was gone. Two decades later, Italian Egyptologist Prince Boris de Rachewiltz announced that he had located the original papyrus, “untranslated and unpublished.”

While incomplete, the papyrus painted a pretty clear picture:

“In the year 22, of the third month of winter, sixth hour of the day […] among the scribes of the House of Life it was found that a strange Fiery Disk was coming in the sky. It had no head. The breath of its mouth emitted a foul odor.

Its body was one rod (172 feet or approximately 50 meters) in length and one rod in width. It had no voice. It came toward His Majesty’s house. Their heart became confused through it, and they fell upon their bellies. They [went] to the King to report it. His Majesty [ordered that] the scrolls [located] in the House of Life be consulted. His Majesty meditated on all these events which were now going on.