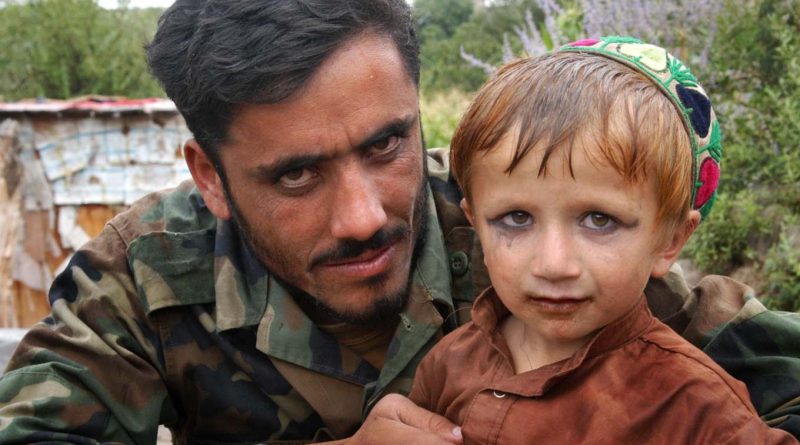 Afghanistan — As the Free Thought Project has previously reported, the US has known about and covered up horrifying acts of sexual abuse committed by US-allied commanders against children. Not only is the Pentagon covering up the abuse, but your tax dollars are funding it—to the tune of $70 billion.

As Americans get up in arms over the millions in tax dollars paying to silence the adult victims of sexual assault by politicians, a travesty is taking place against children—costing taxpayers billions—and most Americans couldn’t care less.

In gross violation of US law, the United States government has spent more than $70 billion funding Afghan security forces knowing the entire time they were committing horrific sexual assault against children for years.

According to the Leahy Law, no assistance shall be furnished to any unit of the security forces of a foreign country if the “Secretary of State has credible information that such unit has committed a gross violation of human rights.”

It is widely known that U.S.-funded Afghan units routinely engage in “bacha bazi” — boy play. This practice consists of military leaders kidnapping male children and holding them as sex slaves. As TFTP reported at the time, scores of witnesses have come forward to report the rampant sexual abuse committed by their Afghan allies and not only does the US do nothing about it but they are actually funding it.

The abuse has now reached a point that the media is forced to report on it and The Hill put out a piece this week titled, “Your tax dollars fund Afghan child rape.”

The rampant abuse against children is so bad that it is used as a recruiting tool for the Taliban. As Aaron MacLean, who served in Afghanistan with the Marines, told the Hill, the “Taliban have long used reports of rapes committed by government agents as a recruiting tool(.) Indeed, among the elements of Mullah Omar’s rise to power was his reputation for taking violent action against those who kidnapped and raped children.”

“At night we can hear them [Afghan boys] screaming, but we’re not allowed to do anything about it,” whistleblower Lance Corporal Gregory Buckley Jr. told his father prior to his death in 2012. 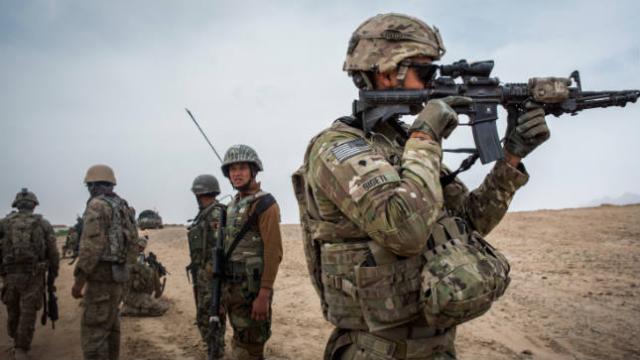 Watchdog: US troops say they were told to ignore child sex abuse in Afghanistan http://hill.cm/bE1DZHH

Even after the NY Times exposed the practice in 2015, noting that “instead of weeding out pedophiles, the American military was arming them in some cases and placing them as the commanders of villages — and doing little when they began abusing children,” the Pentagon is still engaged in a cover-up.

As TFTP reported last month, on November 16, 2017, the DoD Inspector General released a report to evaluate the implementation of the DoD Leahy Law regarding child sexual abuse as it applies to DoD interaction with, and Title 10 support of, the Afghan Security Ministries and the Afghan National Defense and Security Forces (ANDSF).

However, a parallel investigation by the Special Inspector General for Afghanistan Reconstruction (SIGAR) is thought to contain a much more detailed accounting of the problem’s severity, according to the Times. And, it was requested by 93 members of Congress in 2015. However, at the direction of the Pentagon, the report remains classified.

In spite of the 93 Congressional requests for the information, the Kathie Scarrah, a spokeswoman for the Defense Department Inspector General’s office, said that its investigators “heard no complaints throughout the evaluation about coordination” with SIGAR.

When asked why the information is being withheld on the sexual abuse of children by US allies — and condoned by the Pentagon — the Office of the Secretary of Defense declined to comment.

Even though much of the report remains classified, the watered-down version still exposes the brazen disregard for US law. According to the Pentagon’s own report, released last month, U.S. troops were “told that nothing could be done about child sexual abuse because of Afghanistan’s status as a sovereign nation, that it was not a priority for the command, or that it was best to ignore the situation and to let the local police handle it.”

As the Hill reports, eleven allegations of child sexual abuse were reported to the Afghan government but the IG refused to disclose if anything happened to the perpetrators. Steven Aftergood of the Federation of American Scientists said the Pentagon’s secrecy “looks like an attempt to evade public accountability for criminal acts.”

Where is the outrage?

If Americans found out they were funding such a notorious child rape ring in Miami or Philidelphia, rest assured that it would end tomorrow. However, because these children are across the world in a country the US has occupied for over a decade militarily, very few people even know about it, much less care.

Even the ostensible protector of children, Donald Trump said in August—when he completely reversed his stance on Afghanistan and sent in more troops—that “we will not dictate to the Afghan people how to live.”

When the United States tells its citizens that we need to support the war in Afghanistan to stop the Taliban from coming to power and help the current government stay in power, most people think this is a noble cause. However, it is the current regime—the United States funds with your tax dollars—who’s legalized child rape and sex slavery on a massive scale and who also legalized husbands starving their wives to death if they deny them sex.

When will this madness stop?

Every single taxpaying American is complicit in this scheme and until we demand the US military pack up and leave Afghanistan, it will remain that way.

Renegade Editor’s Note: Did you know that Robert Gates came back from overseeing operations in “the war on terror”, where Bacha Bazi was allowed, to become the president of the Boy Scouts of America, where he allowed homosexual men to lead troops of young boys into the woods?